On February 27, I wrote the following about the markets:


Essentially, the markets have moved through key resistance areas.  But in doing so, they have advanced very strongly and are now in a slightly overbought position.  My thoughts are a correction of 5%-10% is more and more likely, although this correction will hardly be fatal unless the fundamental backdrop significantly changes.

Over the last week or so, we've seen the correction gain steam.  First the transports broke trend (which actually occurred before the 27th); then we saw the IWMs.  Now we have the other major averages doing so, making the correction a foregone conclusion at this point.  Let's go to the charts. 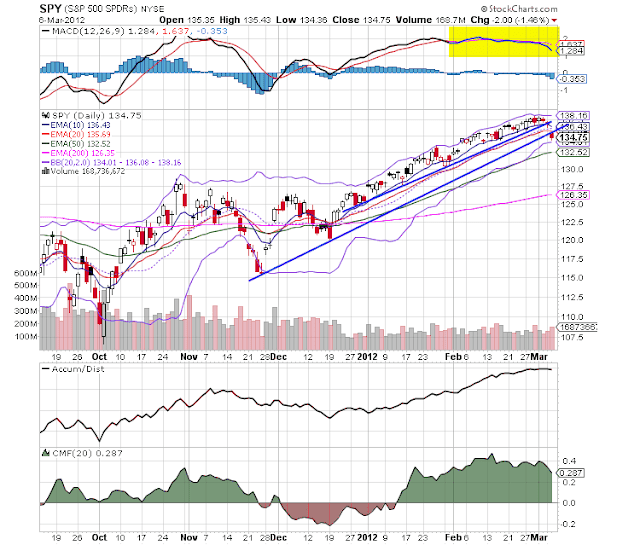 The SPYs have broken to uptrends and are currently right at the lower Bollinger Band.  The most logical price target right now is the 50 day EMA,which is around the 132.50 level. 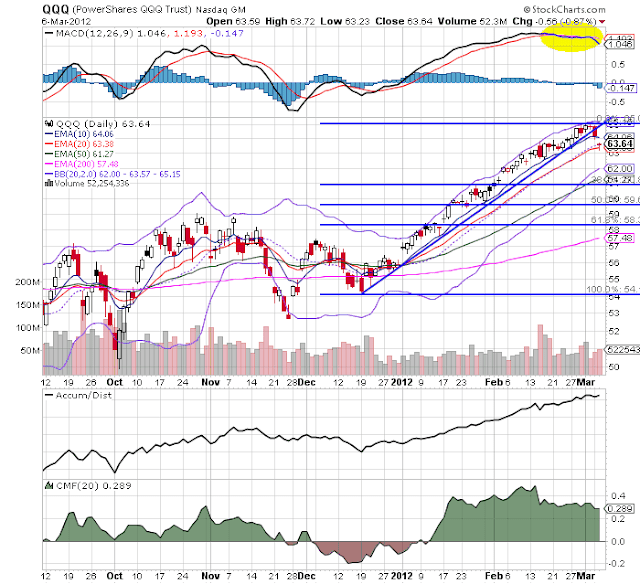 The QQQs have also broken support and are at the 20 ay EMA.  I wouldn't be surprised to see prices move to the 50 day EMA, which is right around the 62 level. 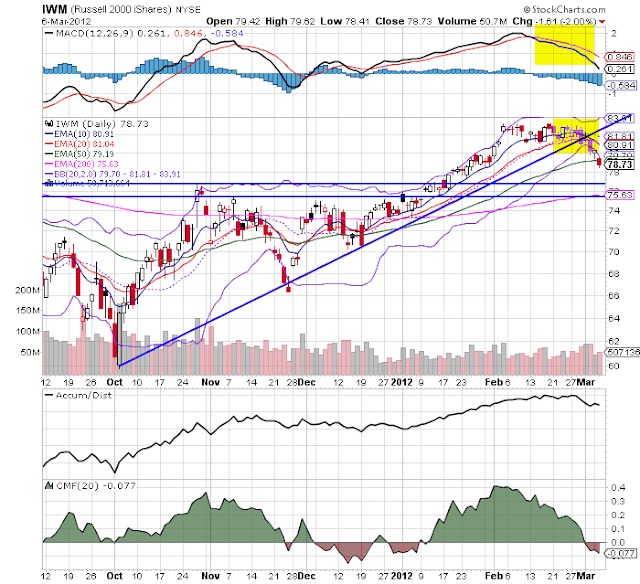 The IWMs have continued to move lower, with the next logical target at the 76 level. 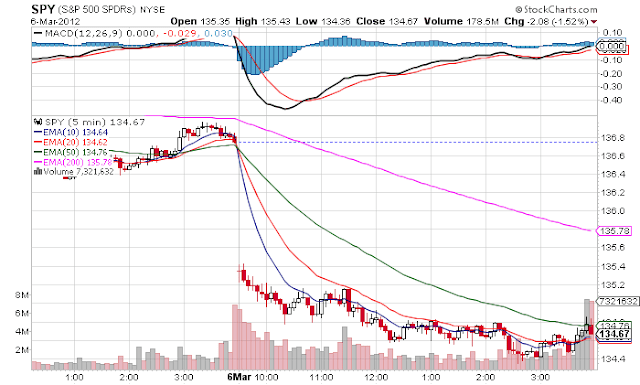 The 5-mintue chart shows the damage frankly, wasn't that bad.  We see the big gap down in the morning, and then a slight move lower for the rest of the trading day.  However, what we don't see is a continual, downward sloping channel of lower lows and lower highs.

Overall, a correction is healthy.  It gets the dead wood out of the market and allows new traders to enter -- or it allows traders to increase their positions.  The main point to consider right now is to keep an eye on support levels to see if prices hold or move through.