Prices were incredibly subdued in 1954.  Consider the following charts: 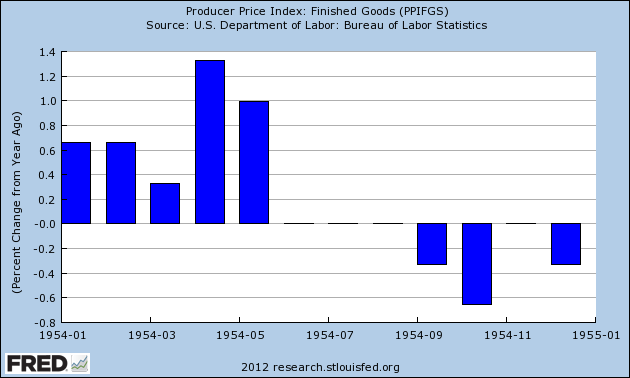 The year over year percentage change in PPI was mild for the first half of the year and negative for the second -- albeit very slightly negative. 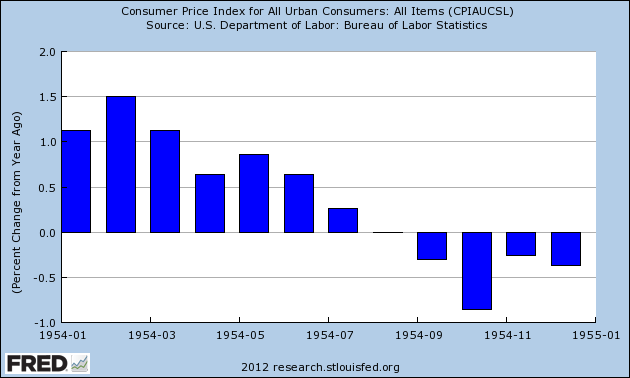 The year over year percentage change in CPI showed the exact same pattern as PPI. 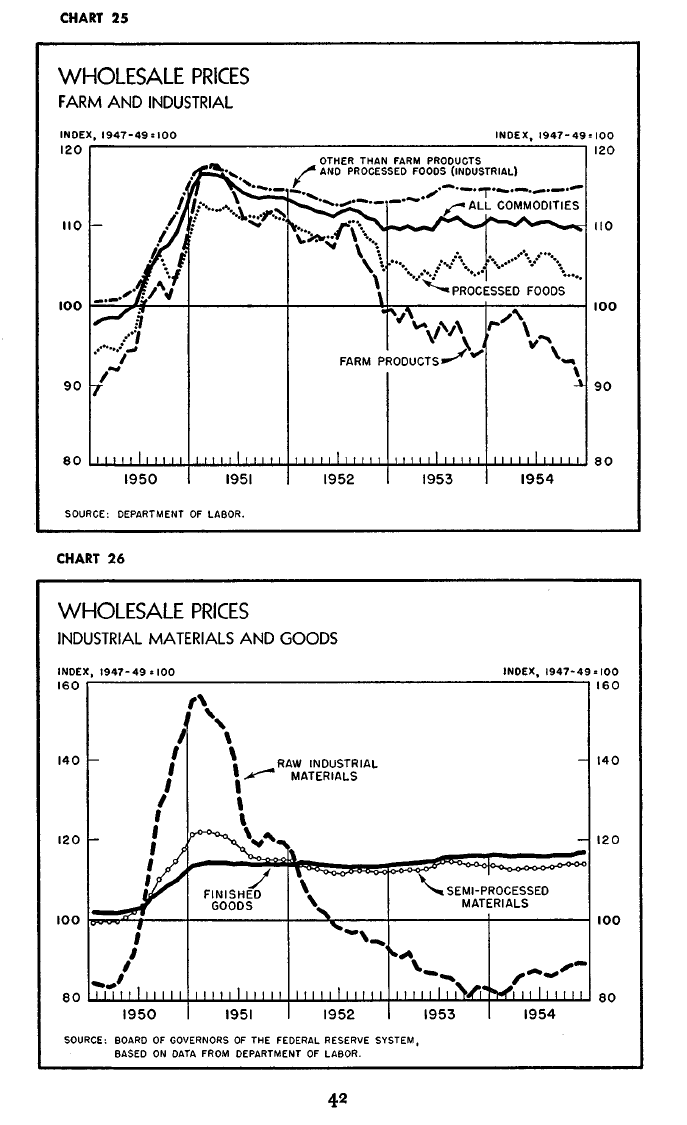 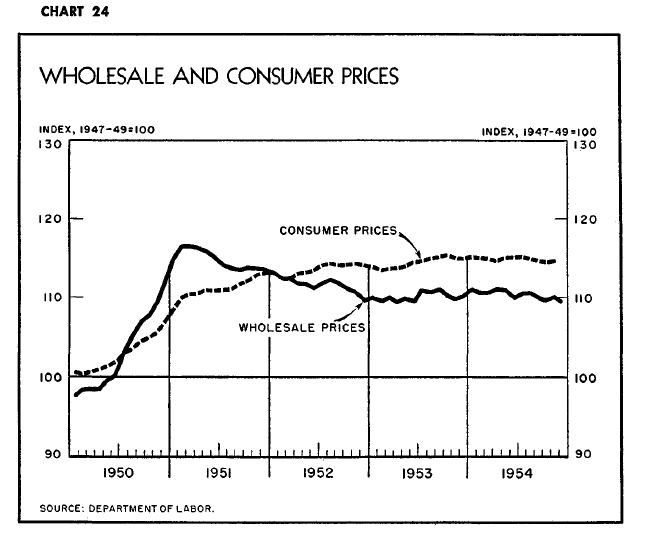 Remember that in early 1951, Congress passed a price control act as a way to prevent price spikes during a time of war.  Also remember that there were wage and price panels that monitored and set prices for a bit of time after the passage of that act.

However, as prices were contained, interest rates dropped: 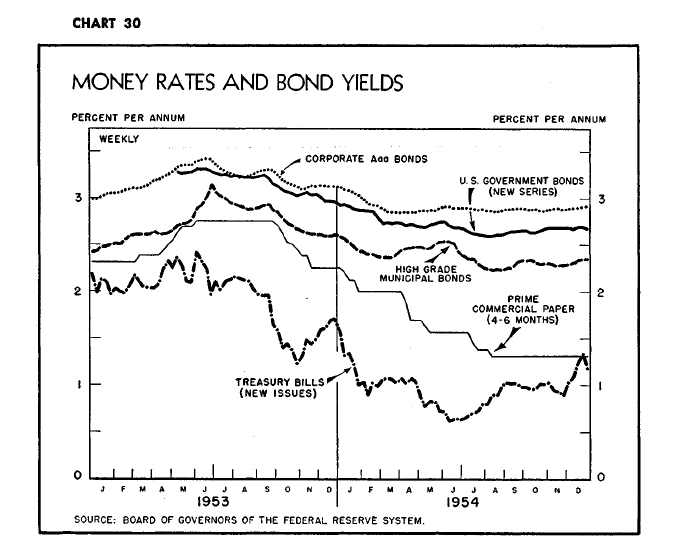