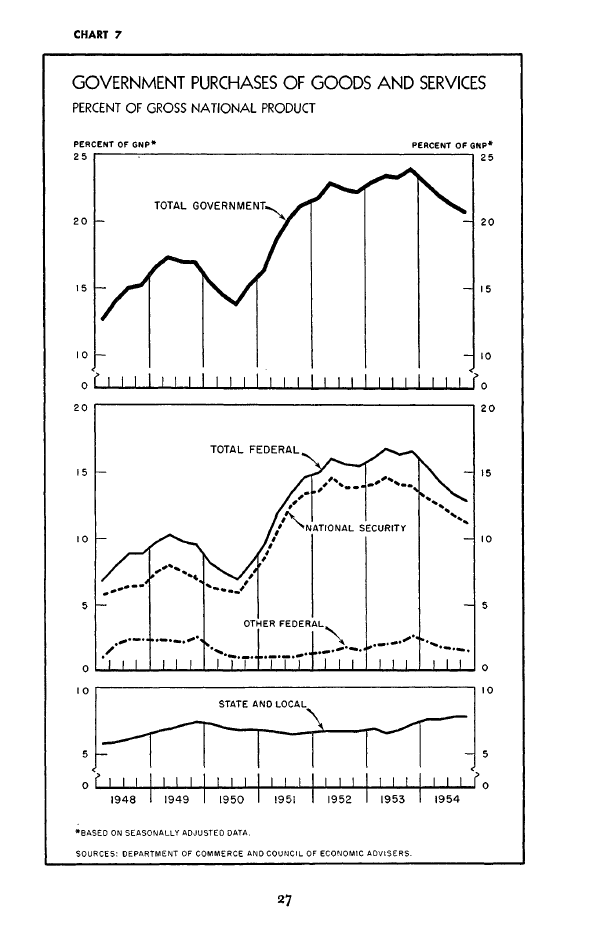 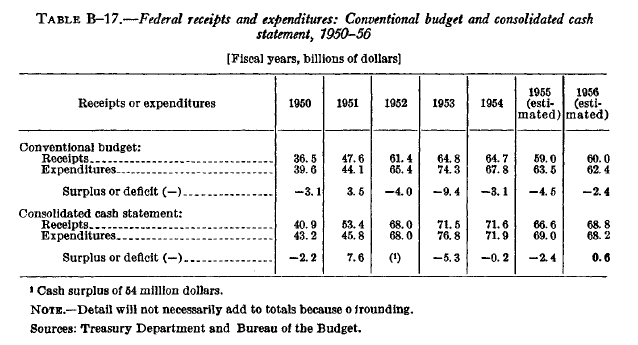 In the above chart, we simply see the actual numbers for expenditures and receipts. 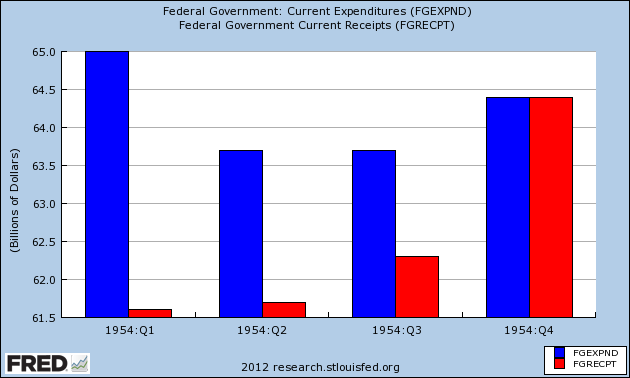 As the chart above shows, the government ran a deficit for the year.  However, we see that spending and revenue were equal in the 4Q.

Remember that there were a number of tax cuts that went into effect to get the economy out of recession. 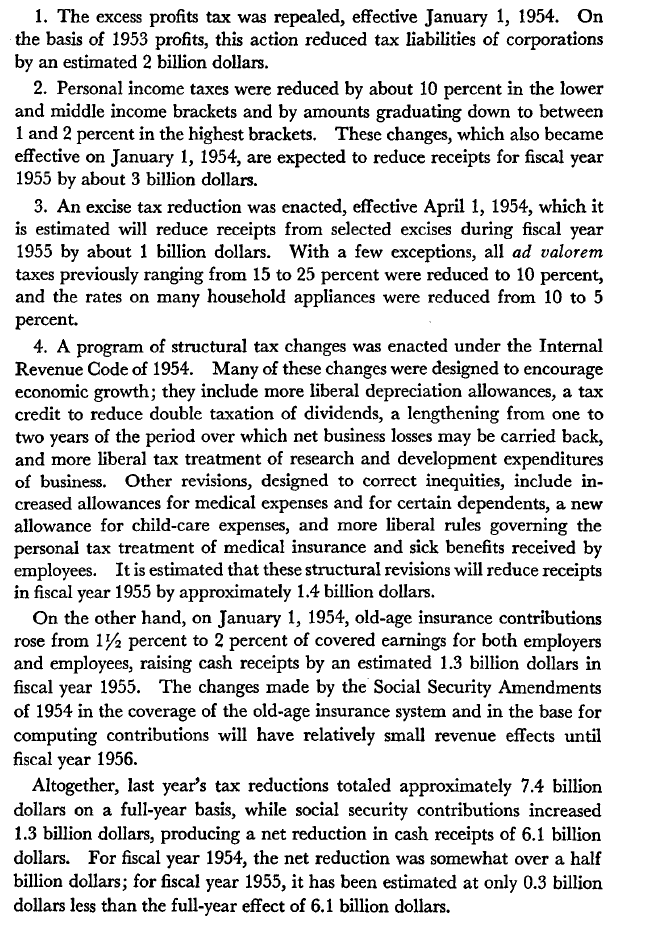 Remember -- tax rates were far higher during this decade.  In addition, the government spend a a fair amount of money in conjunction with the tax cuts as a way to increase income during the recession.  This led to an actual increase in overall net income at the national level, thereby helping to prevent the recession from continuing.

Notice that, despite the tax cuts, we see a decrease in receipts: 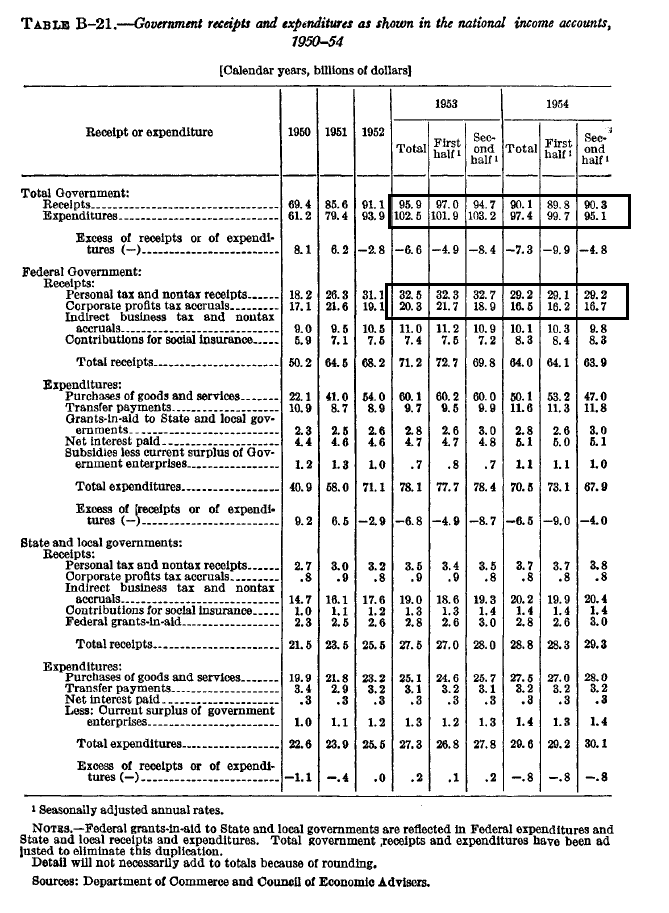 Finally, regarding the federal debt, we have this: