Last week the bond market fell out of bed. This week the stock market followed. But some other short leading indicators have softened as well.

As always, not only is this a great way to measure the economy on an up-to-the-moment basis, clicking over and reading also rewards me just a little bit for the work I put in to tell you where the economy is headed.
Posted by New Deal democrat at 8:22:00 AM 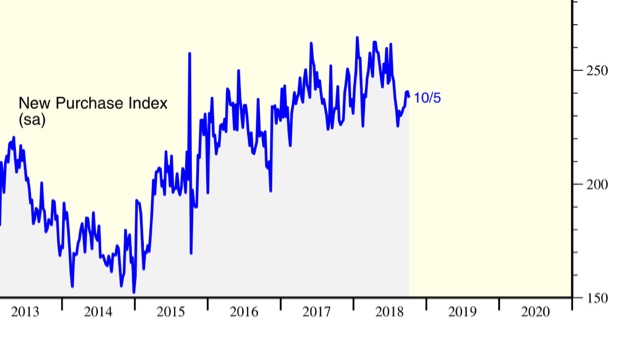 Courtesy of subdued gas price increases this year vs. one year ago, overall consumer prices rose only 0.1% in September vs. 0.5% one year ago (and 0.3% over the last two months vs. 0.9% one year ago). As a result, YoY CPI growth is down to 2.3% vs. 2.9% several months ago, and that means that "real" wages increased, despite no movement in growth nominally YoY.

With that background, let's update real average and aggregate wages.

Since nominal wages for non-managerial workers are up 2.7% through September, this means that real wages, which had been flat, have grown in the last few months by +0.4% YoY:

In the last 2 1/2 years, real wages had been essentially flat. The last couple of months moves the needle a little bit:

Further, because employment and hours have increased, real *aggregate* wage have continued to grow:

Here's the monthly close-up on the last 9 years
:

Retail sales won't be reported until next week. They grew +1.9% nominally last September, igniting some very good YoY comparisons that have been reflected in an acceleration of YoY employment growth as well. I am expecting a substantial downshift in retail sales next week, which in turn is likely to lead to a substantial downshift in employment reports beginning in a few months.
Posted by New Deal democrat at 8:14:00 AM 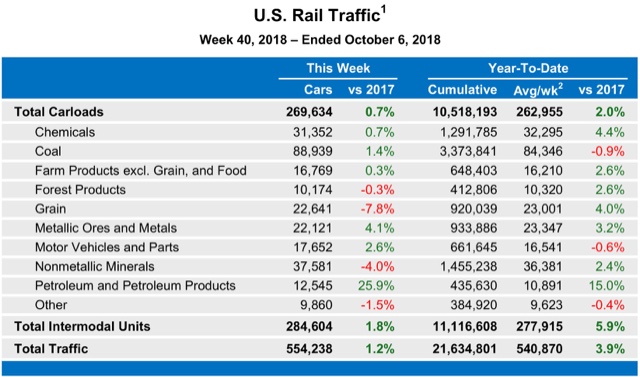 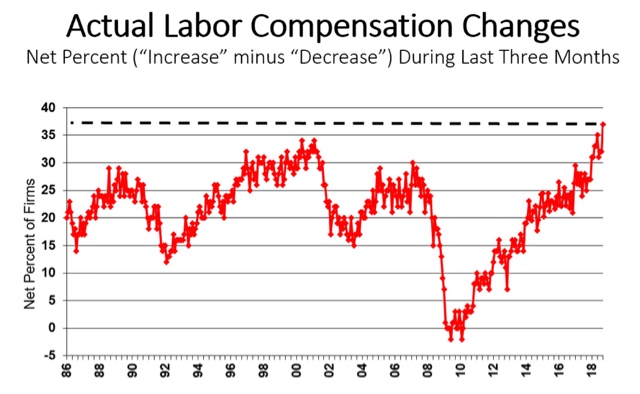 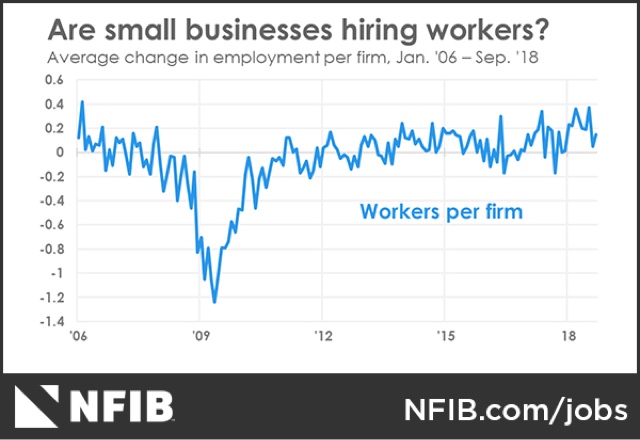 Leaving aside wages, there was lots of sunshine in September's jobs report, although there were a few gray if not dark clouds on the horizon.  Here's a look at each:

Two weeks ago, I wrote that the new 40+ year lows in weekly initial jobless claims forecast new lows in the unemployment rate.  Here's what I said:

And that it did. Here's the updated graph of the last few years:

You have to go back half a century, to 1969, to find an unemployment rate lower than September's.

While the number of persons working part-time because they could not find full time work rose slightly from August, the declining trend remains intact:

A hair under 3% of the civilian labor force is involuntarily employed part time, only 0.7% above its modern low.  It shows no signs of bottoming out yet, which is particularly positive since typically this series moves sideways before increasing in advance of a recession.

That big spike from a year ago is last September's +1.3% real retail sales growth in a single month, in response to the hurricanes. Next week's report on this September's number will be particularly important to see if the accelerating trend in consumption comes to an end.

4. Fraying at the edges #1: an increase in people not in the labor force who want a job now

But if the lion's share of the data in the jobs report was positive, there were several measures which indicate some fraying at the edges, which is typically where weakness starts.

In that vein, the number of discouraged workers who haven't been looking for a job at all, but who say they want a job now, made a low half a year ago at just under 5.1 million people:

While it declined in September compared with August, the fact that it has turned up is a caution flag going forward.

5. Fraying at the edges #2: growth in goods producing jobs may be stalling

The YoY growth in goods-producing employment is an excellent leading indicator. It is very un-noisy, and has turned down well in advance of all but two of the recessions (1973 and 1981) in the last 80 years:

In fact, this series is so un-noisy that even a decline for just 2 months in a row has almost always signaled a change in trend.

Well, two months ago this made a 28 year high at 3.3% as revised, in line with the many red hot manufacturing data points this year. It backed off in August, but then rose again slightly to 3.2% in September.  While there has been no definitive change in trend, the rate of acceleration in the growth of goods-producing jobs has slowed down:

As I have written a number of times in the last few months, the bulk of the long leading indicators forecast a significant slowdown in the economy by roughly next summer. If growth in goods-producing jobs were to top out and start to decline, that would be an important confirmation of the forecast.

Here is something to make you smile this weekend 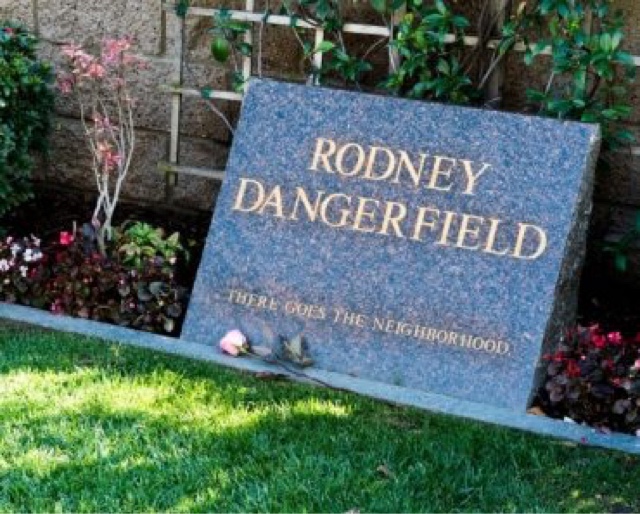