Weekly Indicators for September 4 - 8 at XE.com

Harvey and Irma are going to wreak havoc with some of the numbes.
Posted by New Deal democrat at 8:15:00 AM

Are consumers on the cusp of rolling over?

We can divide the long leading indicators into producer, consumer, and financial.

When we look at just the non-financial indicators, almost all of them are down.

A note on Hurricane Harvey and unemployment claims

Initial jobless claims for last week were reported at 298,000 this morning, a jump of over 50,000 from recent levels.

As most people probably already know, this huge jump had everything to do with Hurricane Harvey shutting down southeastern Texas, including the entire 7 million Houston metro area. Undoubtedly, the effect will last for weeks.

Fortunately, if we want to know what jobless claims would be ex-Harvey, there is a way to figure that out.  Although I haven't felt the need to dwell on weekly claims for several years now, I'll start to calculate this again next week.

I did this before, in 2012, after Superstorm Sandy.  Here's how I described the process then:

To do the same thing for Harvey, I'll simply calculate the number for all states except Texas.  Because the state by state data is reported with a one week delay, that won't be until next week.

Of course, I might have to account for Irma and maybe even Jose in the next few weeks as well.  But, one bridge at a time . . . .

- by New Deal democrat
I know, real clickbait-y headline, right?
This week is about the lightest for economic data I've ever seen, with the discontinuance of the Labor Market Conditions Index, and JOLTS not due until Tuesday next week. So - hint - probably light posting.
But there are several trends that bear writing about, including the state of the consumer.  Consider this post a prequel to that broader subject.
In the past, I've identified motor vehicle sales and real retail sales per capita as somewhat long leading indicators. Motor vehicle sales can peak several years before a recession, and real retail sales per capita perhaps 12 months before, each with a lot of variation.  Of course, motor vehicle sales are a component of real retail sales, and have tended to "plateau" for lengthy periods in expansions, but is there any rhyme or reason as to which peaks first?  That's what I wanted to check.
Real retail sales data, in its current and prior iterations, goes back 70 years! That's a pretty rich monthly data source. Unfortunately, motor vehicle sales, by contrast, started to be reported in the late 1970s, and so includes only 5 complete business cycles. Thus any relationship has to be very lightly weighed. But it's still worth looking at.

Both can be noisy on a month to month basis, so I have averaged each quarterly. Below are real retail sales per capita (blue, left scale), and motor vehicle sales (red, right scale) divided over the last 40 years:

If motor vehicle sales have made their peak for this business cycle (I think they have), that at least is consistent with the last five cycles. Should the three month moving average of real retail sales per capita decline for several months, I would consider that of more significant importance now (vs. earlier in this cycle) concerning the state of the consumer.
Posted by New Deal democrat at 8:15:00 AM

The single most important fact this Labor Day

On Labor Day, highlighting the single most important secular problem in the US economy:

If there is a silver lining, it is that the hemorrhaging has stopped since the end of the last recession.

But we are long past the point where we need another corporate tax cut. We desperately need to increase Labor's share of our $17 Trillion economy.

On a lighter note, in honor of Labor Day's end of summer cookouts, here is my nomination for best hot dog anywhere in the USA, from my hometown Niagara Frontier. Ted's Hot Dogs: 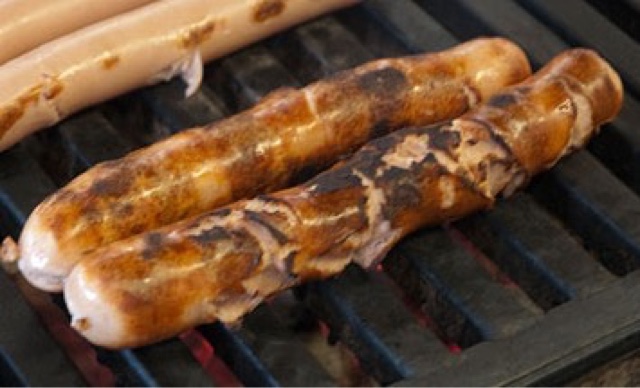 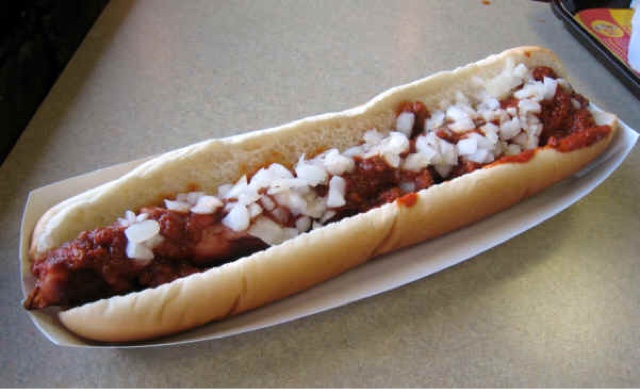 Charcoal grilled and properly blackened and made with high quality Sahlens weiners, not like those wussy boiled downstate NY abominations, or the salad-ified Chicago messes.

If you visit the Falls, after your obligatory stop for the original chicken wings, make sure you sample these hot dogs (and stop for some Beef on Weck as well).