Weekly Indicators for October 3 - 7 at XE.com

My Weekly Indicators piece is up at XE.com.  The tailwind to the economy that began in mid-2014 with the decline in oil and gas prices has ended.
Posted by New Deal democrat at 9:55:00 AM

This was a mixed report, continuing to show late cycle deceleration.

The biggest negative was the uptick in the unemployment rate to 5.0%.  This metric has gone basically sideways since last December, and I suspect we may already have seen the low for this series for this expansion in May at 4.7%.  The broader measures of underutilization -- involuntary part-time employment and those not in the labor force who want a job now -- have also made no further progress this year.The uptick in short term unemployment is also a negative, contradicting the good initial jobless claims reports. Revisions have also been running generally negative all year long.

Positive news included the headline number, as well as the increases in the employment to population ratio, the labor force participation rate, and aggregate hours and payrolls.  Temporary jobs have come back from lows earlier this year, although not to new highs. Average hourly earnings are also showing YoY strength.

This report does not show recession now or imminently.  But it does contain signs of an economic expansion that may be nearing peak.

This week's data: an upsihift into 2nd gear during Indian Summer


After a dismal August, September data is looking more promising.

As I pointed out earlier this week over at XE.com, the short leading indicators of vehicle sales and ISM manufacturing were both modestly positive.

This morning we got yet another new post-recession low in weekly unemployment claims.  Here's the 4 week moving average:

This also is a positive for the next 3 to 6 months.

While the stock market hasn't made a  new high in nearly two months, it hasn't had much of a correction either:

Tis is also a positive for about 3 to 6 months from the last high.

Yesterday we got August factory orders (blue in the graph below).  The "core capital goods" reading tends to be smoother, and is more of a leading indicator (red):

This hasn't exactly been setting the world on fire, but note that core capital goods have turned up in the last few months.

Finally, yesterday also saw the September ISM services reading.  Since ISM no longer allows FRED to publish their data, here is the entire history of the indicator from another source (ignore the Doomish noise about big one month declines):

Note that services never fell below 50 (showing contractioin) until the 9/11 terrorist attacks -- by which time the 2001 recession was almost over -- and also didn't fall below 50 until the month that the Great Recession began.  In other words, ISM services is at best a coincident, and is probably a slightly lagging, indicator.

So the short leading indicators are aligned positive, even though the positivity may be pretty tepid.  The coincident indicator released yesterday is in conformity with that.
Posted by New Deal democrat at 10:08:00 AM

Federal Reserve Bank of Cleveland President Loretta Mester said the economy is ripe for an interest-rate increase and repeated that the Fed’s November meeting should be viewed as “live” for a policy decision, despite its proximity to the U.S. presidential election.

“I would expect that the case would remain compelling” for a rate hike when the Federal Open Market Committee gathers in Washington Nov. 1-2, the week before Americans head to the polls, she told Kathleen Hays in an interview on Bloomberg Television Monday. Mester added that politics wouldn’t affect the decision.

Mester was one of three voters on the FOMC to dissent in favor of hiking when policy makers decided on Sept. 21 to leave interest rates unchanged. Following the meeting, Fed Chair Janet Yellen said she didn’t see any evidence that low unemployment was triggering a rise in inflation that required an increase.

Sterling is Taking a Beating

5-Year Chart of the PoundEuro 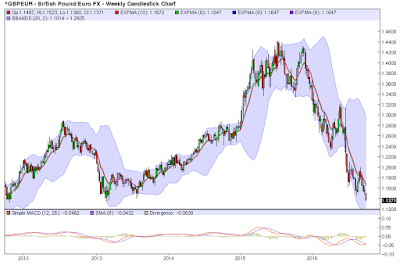 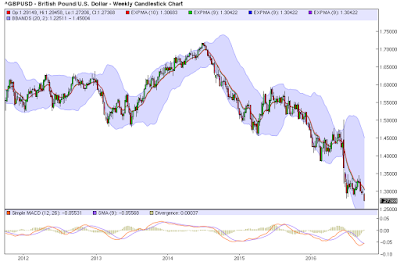 Based on preliminary data, global growth is estimated at 2.9 percent in the first half of 2016, slightly weaker than in the second half of 2015 and lower than projected in the April 2016 WEO. Global industrial production remained subdued, but has shown signs of a pickup in recent months, and trade volumes retreated in the quarter through June after several months of sustained recovery from the trough of early 2015 (Figure 1.1). The recent weak momentum is mostly a product of softer activity in advanced economies.

Banks Net Interest Margin Has Been Declining For Years 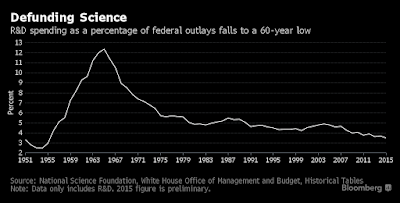 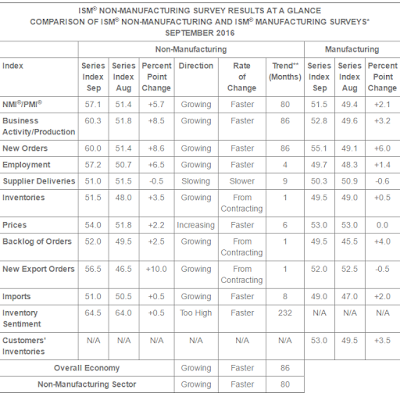 Decade/Decade Growth in Per Capita GDP 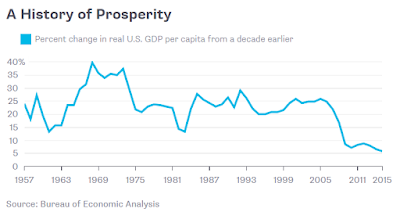 The SPYs Are Still Range Bound 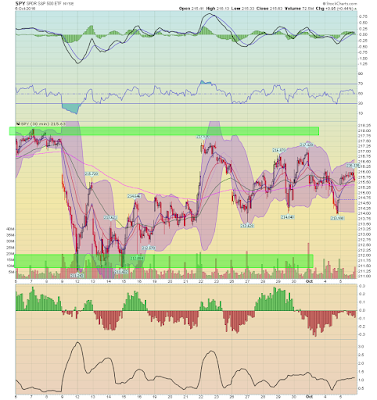 Oil is Approaching Resistance With Plenty of Room to Run 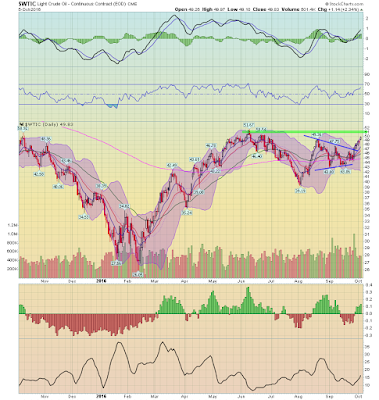 1-Year Chart of the XLEs 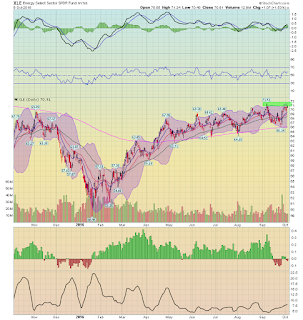 Appropriately enough for this time of year, September economic data started off with both an ISM manufacturing report and motor vehicle sales that were modestly positive.

One of the greatest things about the internet is all sorts of people can write about a topic they don't know anything about and publish it.   This is exactly what's happening withTrump's tax returns.  All sorts of yahoos are making all sorts of guesses about what lurks beneath the surface.

Most of what you're reading bullshit.  Here's why: we've only seen 3 pages from tax returns that contain a single piece of tax information: a $916 billion dollar loss.  Until we have all of his federal returns that explain not only every penny of that loss (pre-1995) and its potential application (post-1995) we know nothing.

Here's where this tax lawyer would start his analysis if I had the information: what are the components of his massive 1995 loss?  Losses are tax gold because they offset income.  And because they're so wonderful from a planning perspective, a loss as large as $915 billion would immediately attract IRS attention.  I'm assuming that, due to the loss's magnitude, the IRS has already audited this figure, probably multiple times.  But I'd at least like to know it's general components and how it was calculated.  I'm assuming (there's a dangerous word in the legal businsss) that depreciation accounts for most of it.  This is real estate tax 101 and wouldn't surprise anyone in the tax business.

Here's the second thing I'd want to know: was this applied as a net operating loss (NOL under section 172 of the code?  I'm assuming (again, dangerous word) that he applied it against future income, which is allowed under the code.  But, again, this is 100% conjecture and will be until we see the post-1995 returns.

Here's what I can say were certainty: Trump had a really shitty year according to his 1995 tax returns. I mean really shitty.  In my opinion,

1.) The IRS has probably audited the loss at least once and probably multiple times.  It's probably legit.

2.) The size of the loss invalidates his claims to superior business acumen.  Instead, it shows that he really doesn't know what he's doing.

And this is before we note that Trump is a 3-year old with no impulse control and clear white power mentality.  But that's for another day. 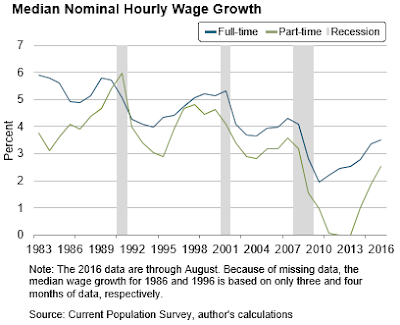 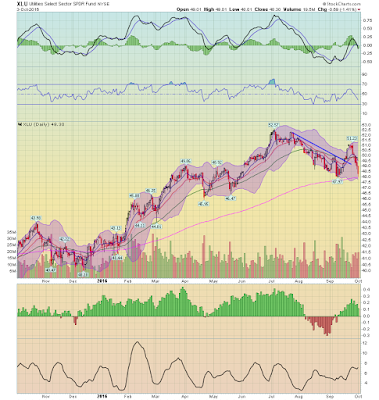 Weekly Chart of the Colombian ETF 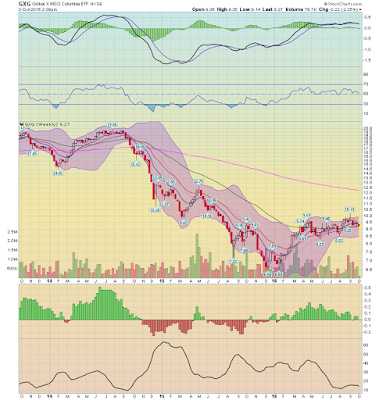 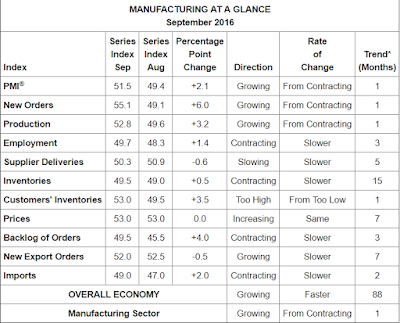 In true Sisyphean fashion, the world economy is faltering yet again, unable to gain much elevation and sliding back into the low growth morass it has been stuck in for some time. 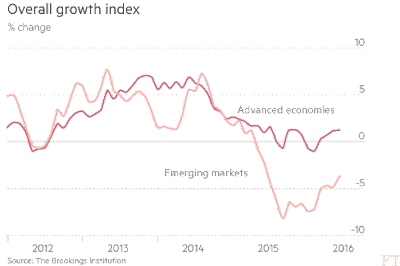 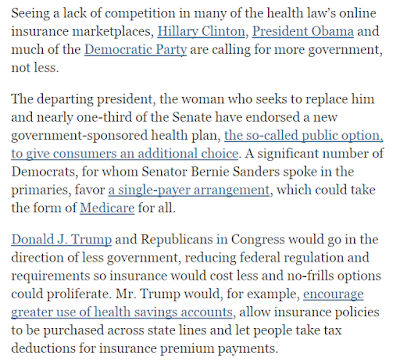 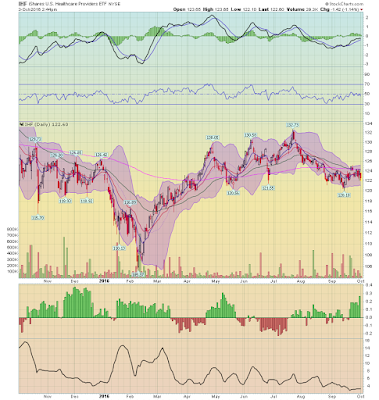 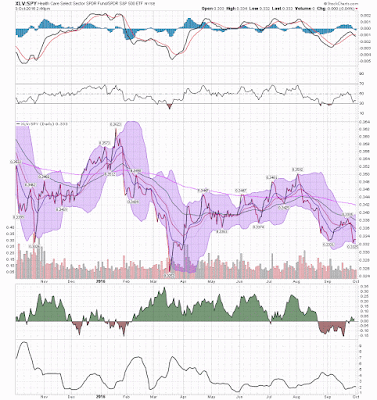 A Closer Look At the Final 2Q16 GDP Report 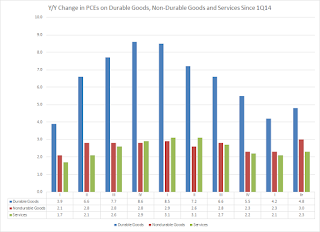 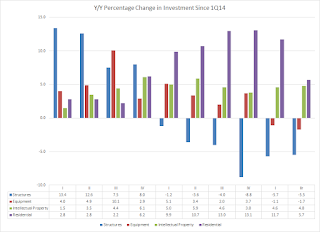 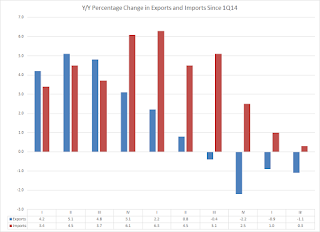 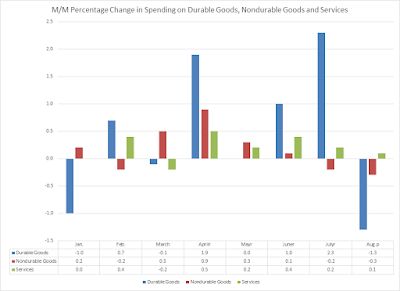 For the Last 30 Days, the SPYs are Simply Moving Between a High and Low 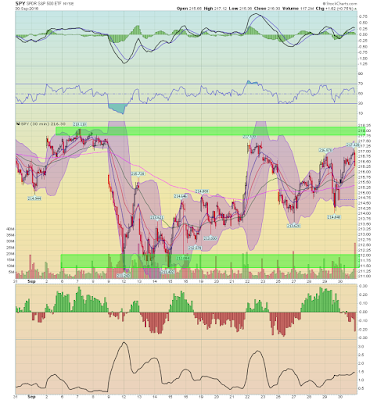 Technology and Financials Are Still Outperforming 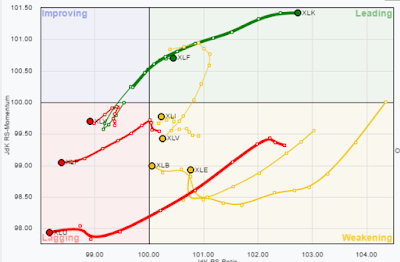 Oil Has Broken Out to the Upside 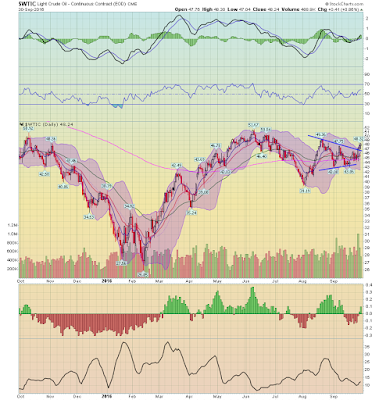 2 Month Charts of the Energy ETFs

It's Not What Trump's Return Revealed; It's Who Leaked It

Trump's tax advisers were correct when they noted that the loss would allow Trump to earn the equivalent amount of income over the next 20 years.  This is a rudimentary tax concept; every tax adviser would make the exact same observation.

The political optics of this news story are deadly.

Here's the really important point:  The key to this news story is a single piece of information among literally thousands of numbers and individual data points.  Whoever leaked this information knew enough about taxes to know what to leak and no more.

If I was going to make a guess: someone really close to Trump who was intimately familiar with Trump's finances and who also didn't have a professional code of confidentiality.