Meanwhile, Trump's tariffs look like they are taking an immediate bite out of economic activity. In other words, all of that front-running that boosted inventory accumulation that showed up in Q3 GDP may be ending, replaced by a hole that has opened up under the mainly agricultural goods which have been the targets of China's retaliation.
Posted by New Deal democrat at 8:39:00 AM

A note on Q3 GDP UPDATED with link to Seeking Alpha

I submitted my piece on Q3 GDP to Seeking Alpha at about 9"30 this morning. As of now, they have not posted anything whatsoever from any author discussing this report. Dunno why.

Anyway, the takeaway is that this was a mediocre - not bad, just not particularly good - GDP report that was bolstered to the tune of 2% by inventory accumulation (probably front-running the increased costs of tariffs).  And housing has most definitely turned.

I'll update with a link as soon as SA posts my take.

UPDATE: And, here's the link.  One long leading indicator is still doing well. The other, not so much. 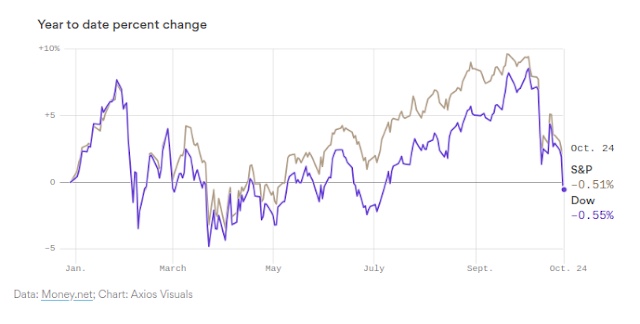 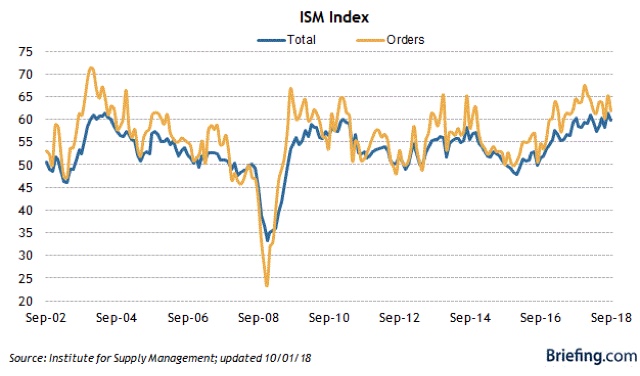 
Needless to say, this morning's report on new home sales was another big miss in the housing sector. Not only were sales a new 12 month low, they were the lowest in nearly 2 years, and are off over -150,000 from their peak 10 months ago:

Typically new home sales are down about -200,000 when a recession starts.

That median prices have fallen in sync with sales, and not with their typical lag:

makes me think that the tax law change of last December, which capped the mortgage tax deduction in a way calculated to hit the highest priced housing markets the hardest, is a big driver of the decline.

Obviously this is not good for the economy next year, and bodes poorly for fixed private residential investment, which will be reported as part of Q3 GDP on Friday.

BUT, one important caveat: new home sales are among the most volatile, and most heavily revised, of all data series, which is why I pay more attention to housing permits. So it wouldn't be a surprise at all for most of this month's decline to be revised away in next month's report.

I'll have more tomorrow or Friday with my comprehensive housing update for the month.

One of the methods I incorporate into my long leading indicators is the "Kasriel Recession Warning Indicator."  This is something I first read about in 2007, when the eponymous Paul Kasriel, then of Northern Trust and now of Legacy Private Trust Co., wrote that it forecast a recession within the next year. Needless to say, his call was on the mark!

The indicator consists of a monetary and a yield curve component. Kasriel issued another forecast based on the model two months ago. I took a detailed look over at Seeking Alpha.

As always, clicking over and reading should be worthwhile for you, and also for me by way of rewarding me for my efforts.
Posted by New Deal democrat at 7:59:00 AM

An update on yield curve dynamics


So I submitted this wonderful piece to Seeking Alpha yesterday morning, and figured I would just link to it today. But as in the best laid plans of mice and men, somehow it reverted to a draft without ever being reviewed by the site's editors, which means it isn't up there yet and there is no big economic news today.

Now here is a close-up on the same information since the beginning of this year. I've added +0.25% to the 2 year bond (red line) since my cutoff line for where I rate the yield curve as "neutral" is when the 2 year yield is within 0.25% of the 10 year yield:

In the above graph, we see that (a) both lines are rising, and (b) the red line overtook the blue line beginning in August. It took long rates rising to new 7 year highs above 3.10% to interrupt that dynamic.  But if you look to the far right, you can see that in the past couple of days the lines are converging again.  As of this morning the 2 year yield is only 0.27% less than the 10 year yield, even with the 10 year yield at 3.15%.

If the recent trend continues, we will probably see an inversion in the 2 to 10 year yield spread by St. Patrick's Day next March.  I already see enough signs out there to have forecast a slowdown in the economy by roughly midyear next year. If I'm correct, the outstanding question will be whether the Fed reacts by lowering interest rates again quickly, or else stubbornly sticks to its "normalization" rubric and thereby brings about a recession. This in turn may depend upon whether producer price inflation rises again and leaks over into consumer prices. 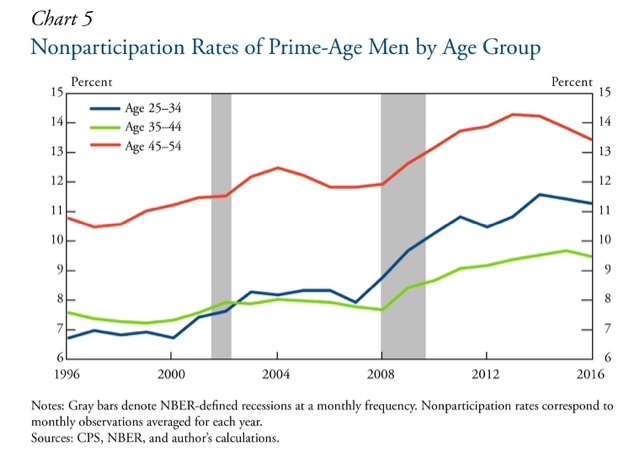 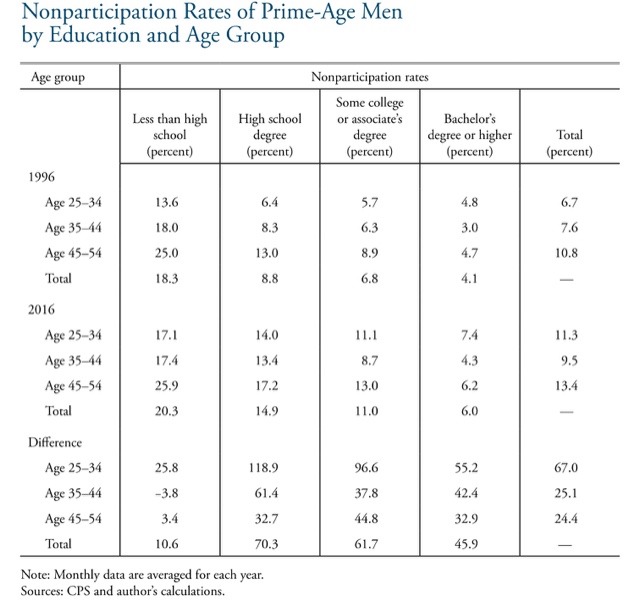 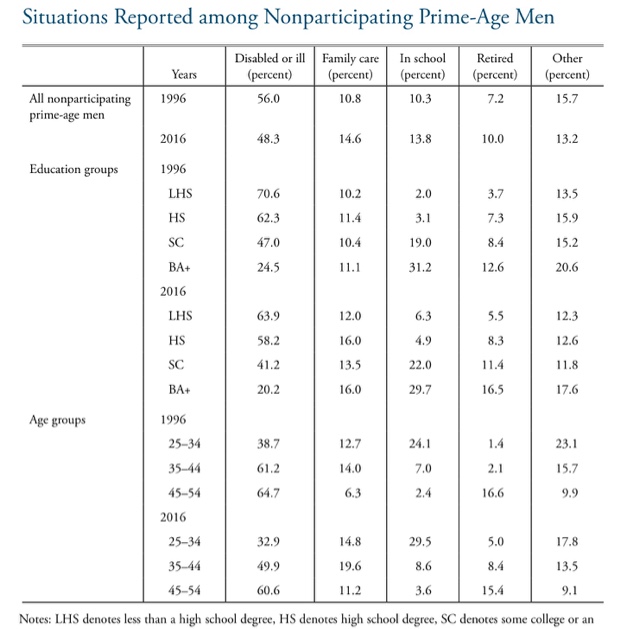