I have started to monitor initial jobless claims to see if there are any signs of stress.

My two thresholds are:
1. If the four week average on claims is more than 10% above its expansion low.
2. If the YoY% change in the monthly average turns higher.

The four week average is 8.6% above its recent low:

YoY the average is -0.5% lower than this week last June.

Like so many other economic indicators at this point, initial jobless claims remain weakly positive.

[A reminder: this week I’m on vacation, so light posting is the rule.]


Earlier this week the Empire State Manufacturing Index went negative. This morning the Philly Index just barely avoided the same, reported at up +0.3 for June: 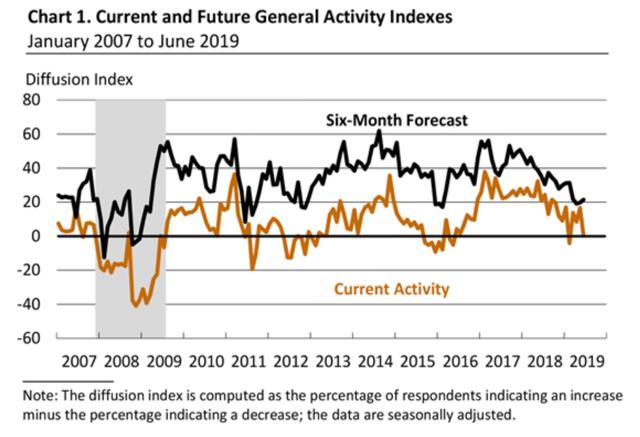 The more leading new orders index declined to +8.3.
This means the average of NY and Philly is a little below -1, while the average of all five regional Fed indexes as of their last reports is +0.8.
Last week I pointed out that the average manufacturing work week had fallen to a point consistent with an oncoming recession, and based on past patterns, I expect layoffs to follow. This week’s two regional indexes show that the leading manufacturing sector, as of the most recent readings, is not in decline, but on the other hand, it is almost exactly flat.
Posted by New Deal democrat at 11:32:00 AM 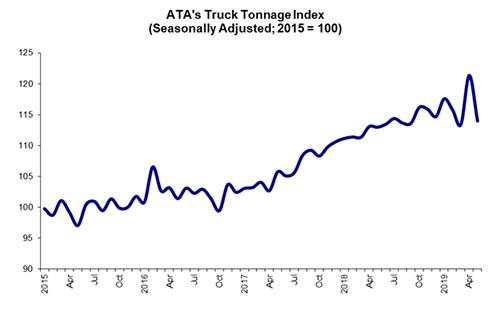 May housing permits and starts consistent with rising trend off bottom, but suggest layoffs to come

Although the headlines in the May report for building permits and starts were “meh,” the internals suggest that the bottom has probably already been reached. The downside remains that residential construction employment will decline.

First, let’s look at the headlines for permits (red) and starts (blue). It appears that permits made their bottom 9 months ago, and starts five months ago:

Since starts are much more volatile than permits, I also look at their three month moving average. This is at 1.225 million annualized, a 10 month high.

Single family permits are the least volatile most forward looking measure. These rose off their April low:

No change of trend obvious yet, but my strong suspicion is that April was the low.

On the negative side, housing under construction (blue in the graph below) went sideways, and housing completions (green) fell by almost 10%:

Because residential construction employment (red) tends to turn after construction and contemporaneously or shortly after completions, this morning’s report adds to the evidence that there will probably be layoffs in this leading employment sector.

The big economic question at the moment is whether housing will turn around quickly enough and strongly enough to overcome the negative trends that have become apparent in the first half of this year.

I’m on vacation this week, so fair warning that there is probably going to be light posting!

The only economic news of note today was the Empire State Manufacturing Index.  Only one district, only one survey, in a noisy series, but just the same, the overall index fell to -8.6 and the new orders component fell to -12:

This brings the average of all five regional Fed Indexes down to +1. If the Philly Index simply declines to +5 or less later this week, then the average will turn negative.

Even that would not be a disaster. Note that in 2015-16 when the Empire State Index was this low or lower, the overall economy remained positive. But unless housing turns around quickly, we have a problem.
Posted by New Deal democrat at 8:28:00 AM