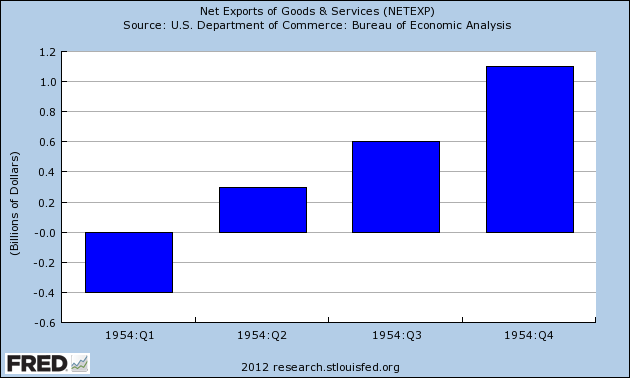 The US was a net exporter in 1954.  While the first quarter printed a net inflow, the next three quarters showed a net exporting position.  This is due to two factors. 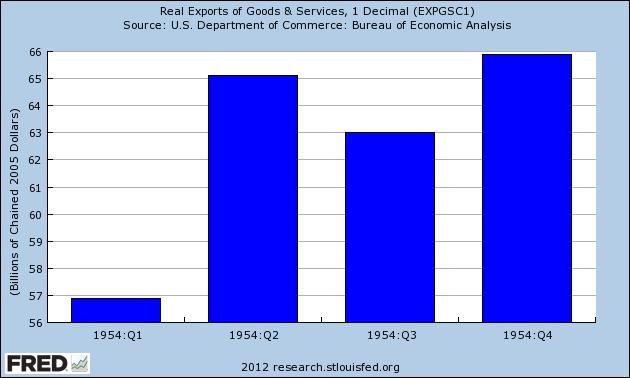 First, we see that exports jumped in the second quarter and maintained their pace for the last three quarters of the year.  In addition, 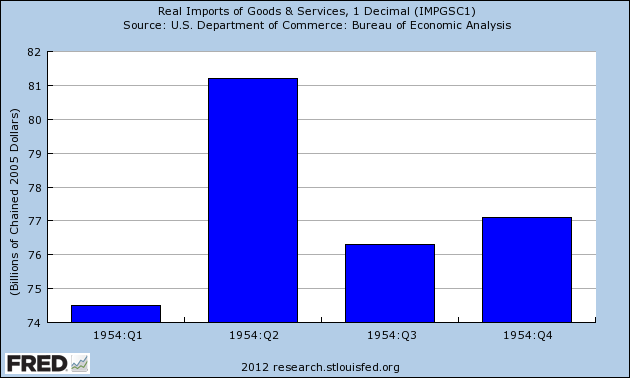 While we see a big import position in the second quarter, that number dropped in the third and fourth quarters. 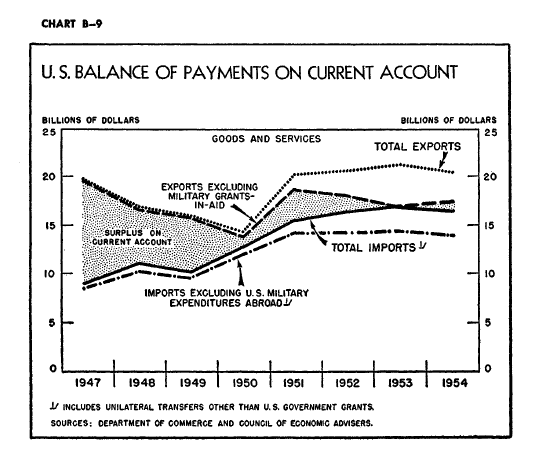 The above chart shows the importance of US military exports, which had a tremendous effect of trade overall. 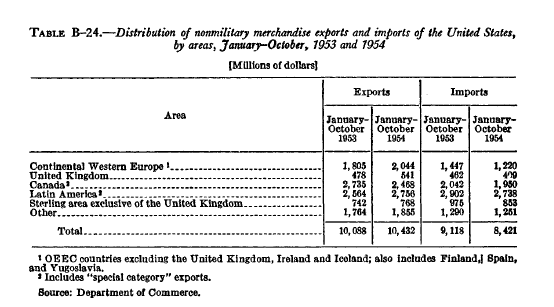 The above chart from the Economic Report to the President shows the breakdown of world trade.  Note the importance of Latin America, which accounted for about 30% of our trade in the year. 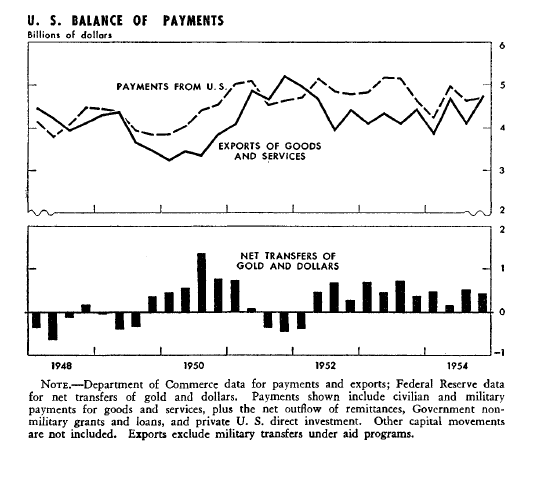 In general, the US saw a net outflow of cash during the year.  This is to be expected, as the US was the primary lender for Europe and eastern Asia during this time.  Consider this: 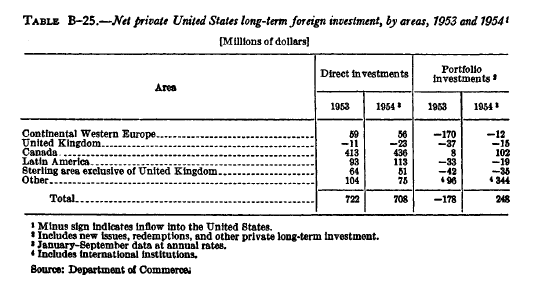 Note the tremendous outflow of private direct investments into a variety of areas in both 1953 and 1954.  Also note the pick-up in portfolio investments.
Posted by Unknown at 4:00:00 PM