Let's assume that the US market takes its cues from the developing world's markets.  What's happening there?  Well, funny you should ask .. 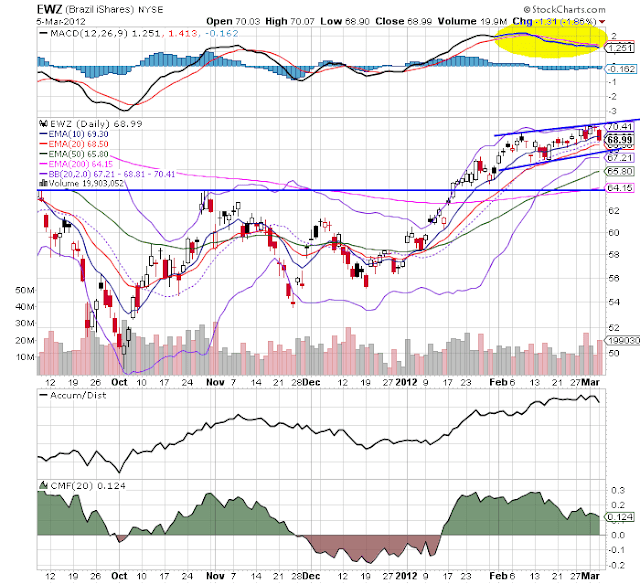 After breaking through resistance, the Brazilian market is now in an upward sloping channel.  The real issue on this chart is the MACD, which shows that momentum is dropping.  When you see a divergence like this -- falling MACD, rising prices -- it means one of two things.  Either, the market is getting ready to correct or traders are taking a breather.  As such, it's important to keep an eye on resistance level to see if prices hold support.  So far, they are. 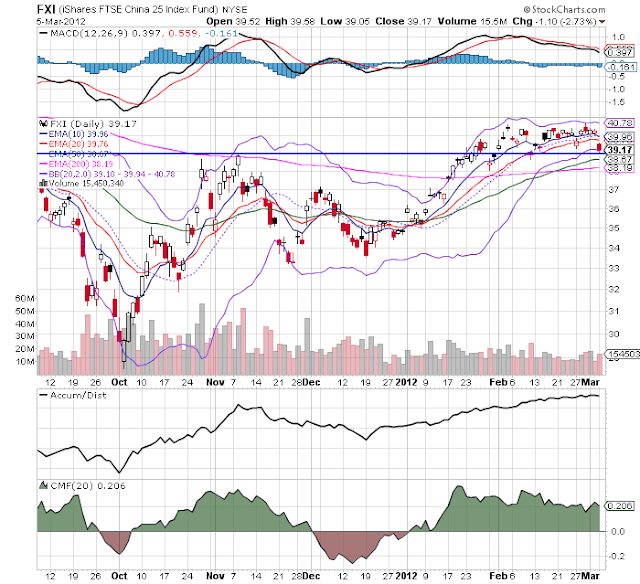 The Chinese market is similar to the Brazilian market, except prices are right about the 200 day EMA and are moving sideways. 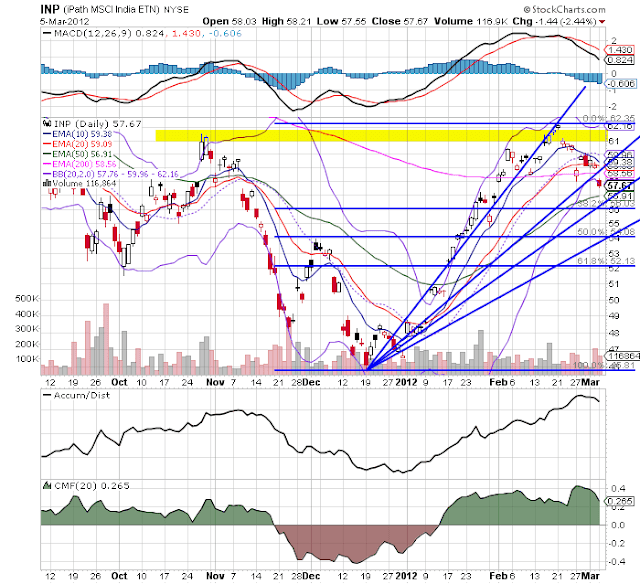 The Indian market  his resistance and moved lower.  Prices have moved through the 200 day EMA, and are now targeting the 50 day EMA and several Fib levels.  However, note the continual influx of money.  So far, traders are viewing this as a correction. 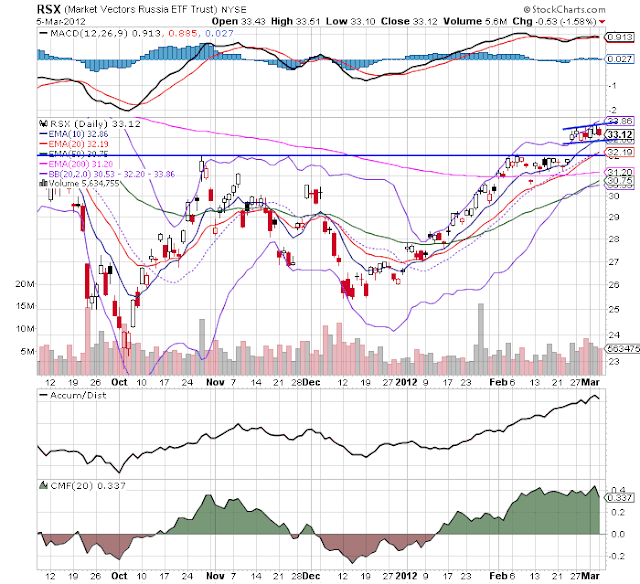 After breaking through resistance, the Russian market has trended lightly higher, but in an channel.  The flat MACD tells us momentum is waning a bit.

With the exception of the Indian market, we see the emerging markets are catching their breath.  They've broken through resistance and now traders are re-evaluating their respective positions.

Assuming the US following these markets, the above charts would go a long way to explaining current US market actions. 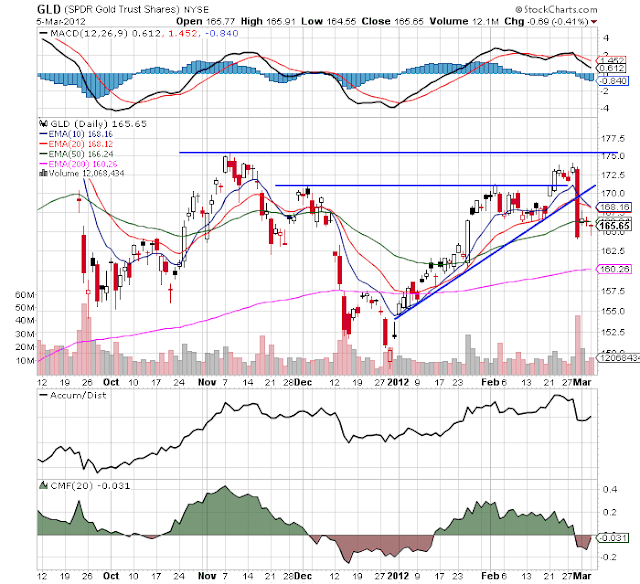 Gold, which had been in a decent rally since the beginning of the year, dropped sharply last week on very high volume, breaking support and is now trading right around the 50 day EMA.  The shorter EMAs are now pointing toward a lower market. 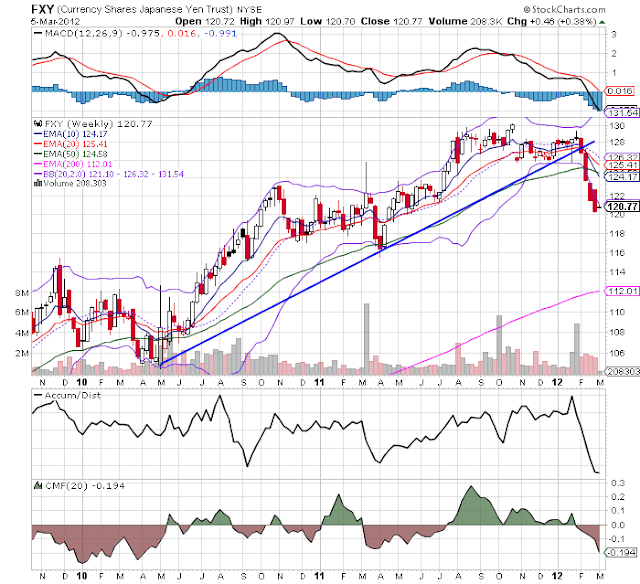 After breaking two year support, the yen has dropped sharply.  Prices are now below the 10, 20 and 50 week EMAs, and we see the shorter EMAs are now moving below the longer EMAs.  The MACD is showing a huge drop in momentum.