Weekly Indicators for Semptember 21 - 25 at XE.com

My Weekly Indicators post is up at XE.com.  The forces of darkness are gathering, but they have not overthrown the day.
Posted by New Deal democrat at 7:45:00 AM

The other day the Joint Center for Housing Studies, a privately funded think tank affiliated with Harvard, made something of a splash with a study showing that rents are increasingly unaffordable.Since the study only went through 2014, and I've been covering "median asking rent" quarterly as the information is updated, I'm going to wait for the 3rd quarter data to be released next month before commenting.But one important point about housing affordability has gone completely unnoticed:  the narrow basis for price increases in single family homes.Here is the graph from the study showing that the market for low-end housing has all but collapsed, and hasn't really recovered at all: 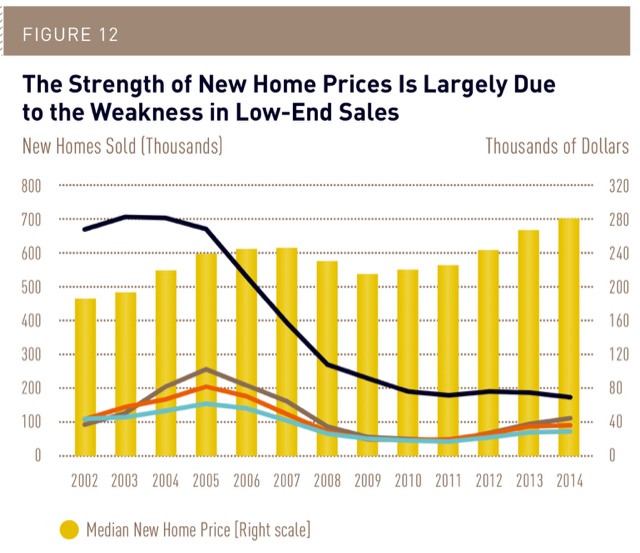 Put a slightly different way, it is primarily higher-end housing that is driving new single family home prices.Just as importantly, the study includes a chart showing the number of square feet in the median new home built, in addition to the median price: 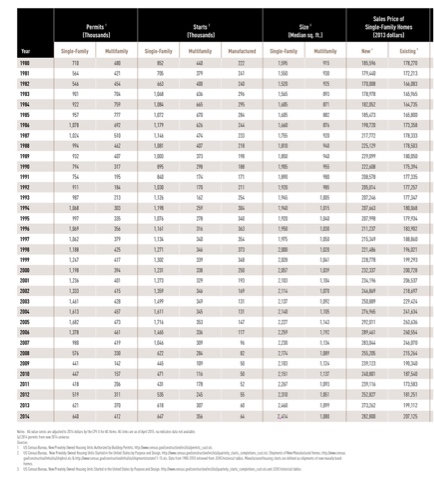 I'll come back to the information in this chart shortly.
In the last couple of years, there has been commentary in various quarters about the existence of a "second housing bubble."  Here is a graph showing the median price of new houses (blue) and existing houses (red): 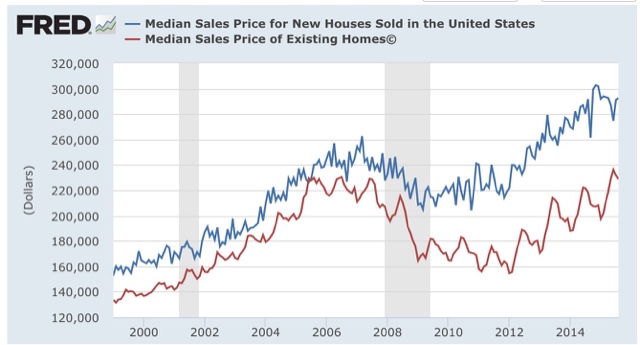 As an aside, I have repeated pointed out that prices follow sales.  Thus the flatlining of sales in much of 2014 should show up by now.  And here is the same graph showing YoY% changes in the prices of new and existing homes: 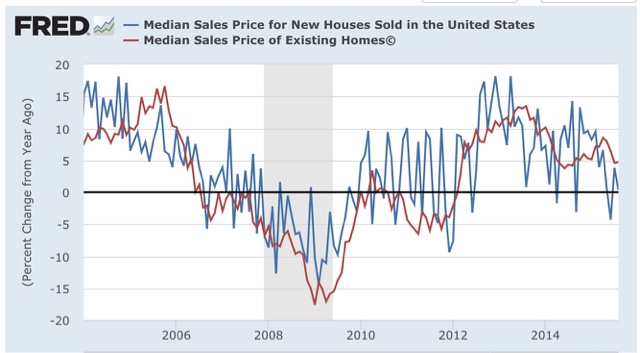 Averaged over the last 4 months, YoY prices for new houses have turned negative, while that of existing homes has paused.But back to the main point. Here is the same graph of median prices, normed by usual weekly pay (the most stagnant of all of the measures of compensation): 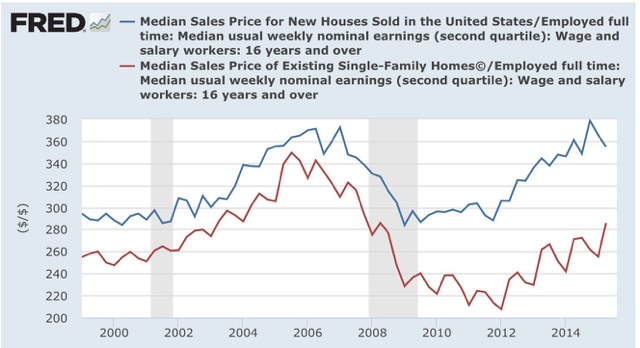 Warning signs in interest rates and the US$: a graphic look

I have a new post up at XE.com, picking up on the theme of my latest "Weekly Indicators" column, and showing graphically why interest rates have taken center stage.

On Thursday I wrote that I had a bone to pick with the Census Bureau because of some major unexplained revisions to housing permits that made a year of growth, including a huge spike in May and June disappear.

Here's the FRED chart showing that (permits in red): 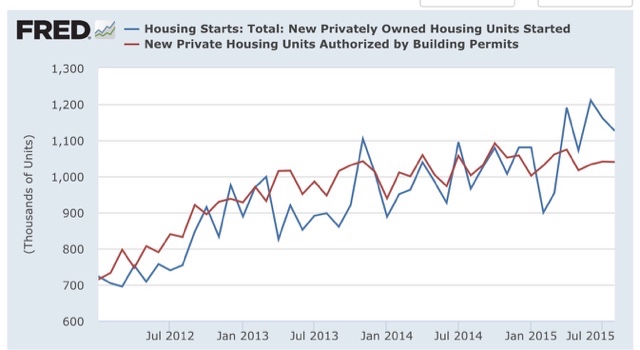 Well, an hour and a half after my post, the FRED data was revised.  Here's what it looks like now.  I've kept the screenshot to show the time of revision: 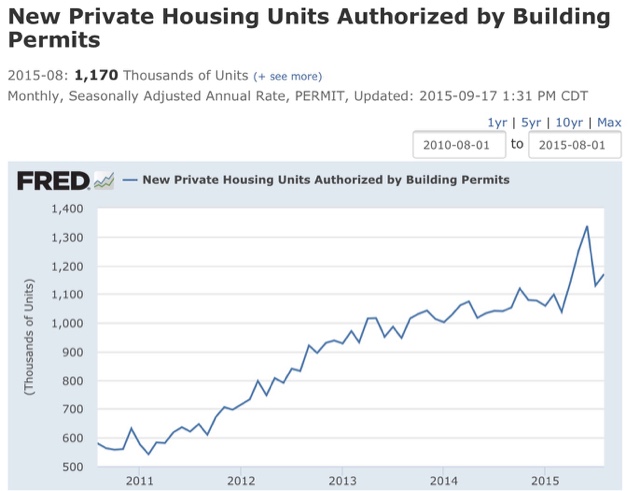 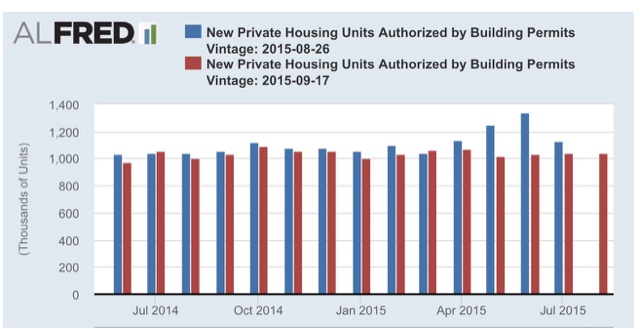 I haven't seen any correction or other note on either the Census Bureau or the FRED site, so I don't know where it originated.

I'm gratified that the corrected information shows new highs in permits, and that August is still higher than any other month except for the May-June spike.  Along with real retail sales per capita and real money supply, this is why I am increasingly confident that our economic expansion will continue through the third quarter of next year.
I just wish there would be more transparency when an error like this happens.
Posted by New Deal democrat at 8:45:00 AM