Let's look at the charts, all of which are from Calculated Risk.  Let's start with the new home market, which is the smaller of the two. 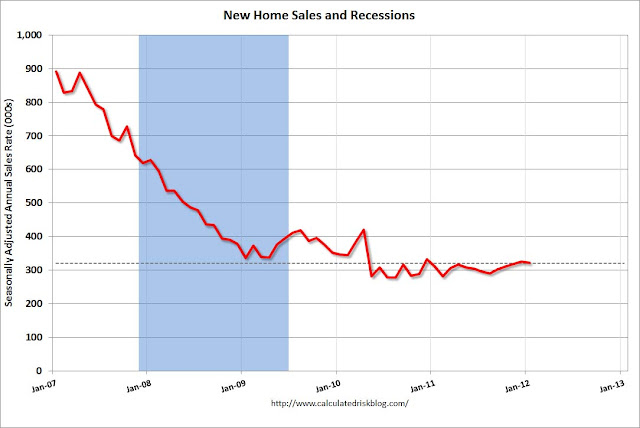 New home sales are at very low levels.  However, notice they have clearly bottomed out.  In addition, they've bottomed at historically low levels, as shown by the following, longer term chart: 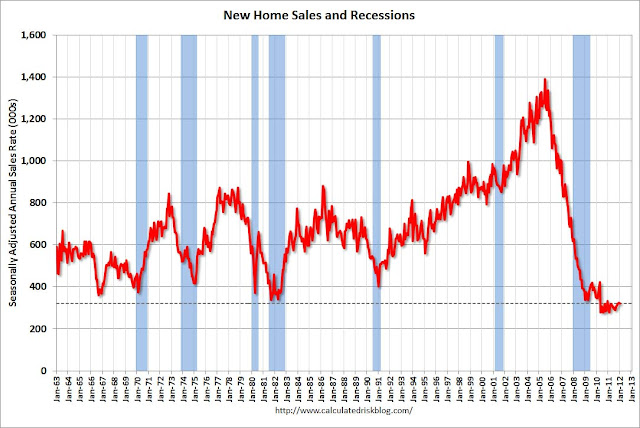 In short, there is no place to go from here but up.  However, when that will be is a mystery. 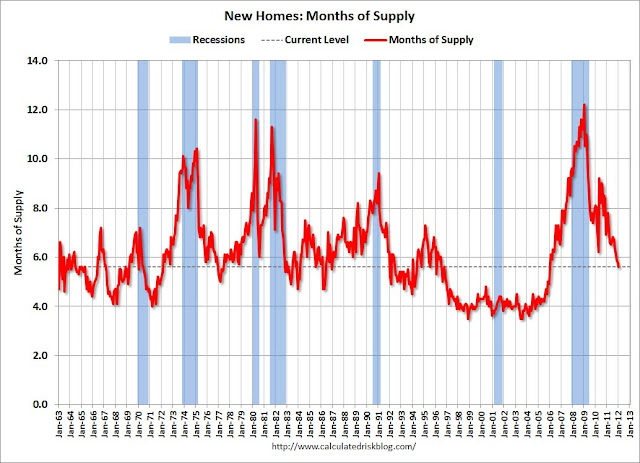 The months of supply shows that current supply is at a historically appropriate level. 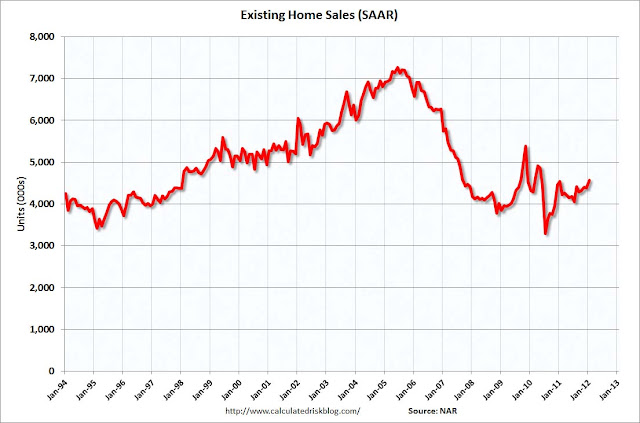 Existing home sales -- which were very distorted by the home buyer tax credit -- have actually been remarkably steady over the last year or so.  More importantly, sales are in an upswing, although that's actually a relative term.  I wouldn't call the chart encouraging just yet, but it's certainly not discouraging. 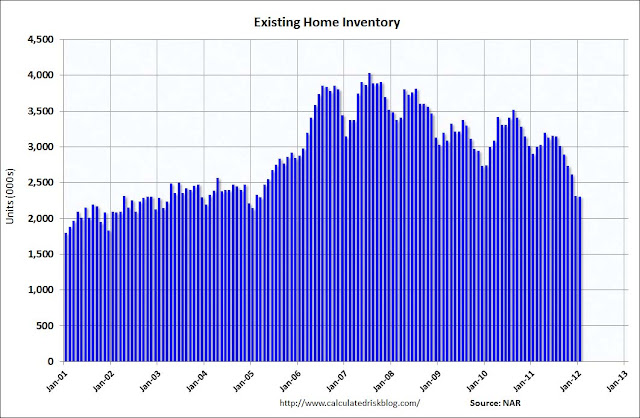 The inventory of total homes is now getting hack in line with historical levels in absolute numbers.  However, 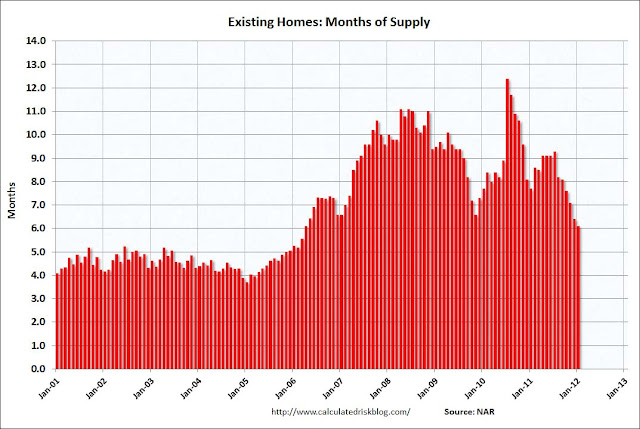 inventory is still high from the "months of available supply" perspective.

The above statistics indicate the housing market is far closer to equilibrium than before.  The new home market is actually looking pretty good, while the existing home market has a bit of room to move before we see a bottom. 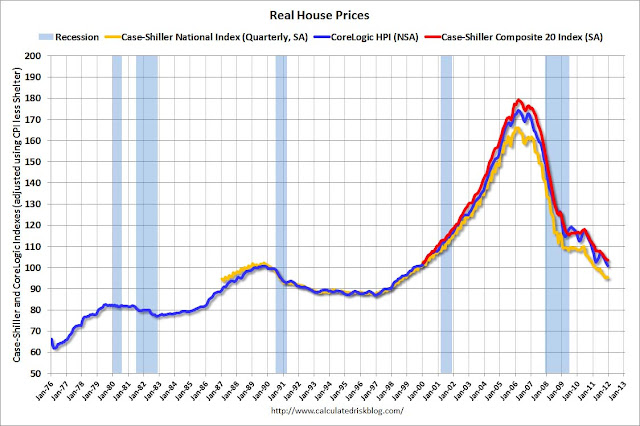 Boy -- this is a great graph from CR.  Real house prices less CPI (without its housing component).  This shows that prices are in a downward track still.  However, they area approaching far more normal levels.

The new home market has bottomed and is waiting for a rebound.  The existing home market is looking OK, but not great.  And, both markets are are at far better overall inventory levels.  Home prices (adjusted for inflation) show we still have a ways to go on prices.