Weekly Indicators for October 5 - 9 at XE.com

My Weekly Indicator piece is up at XE.com.

The US data got just a skosh weaker.
Posted by New Deal democrat at 7:47:00 AM

I have a new post up at XE.com.  The shallow industrial recession is real, and is not abating yet.
Posted by New Deal democrat at 11:00:00 AM

As I wrote several months ago, the Labor Market Conditions Index is a good leading indicator for YoY growth in employment.  Based on its deceleration, I forecast that monthly jobs growth was likely to decline to less than 200,000 in the months ahead.

Here's the graph I ran at that time: 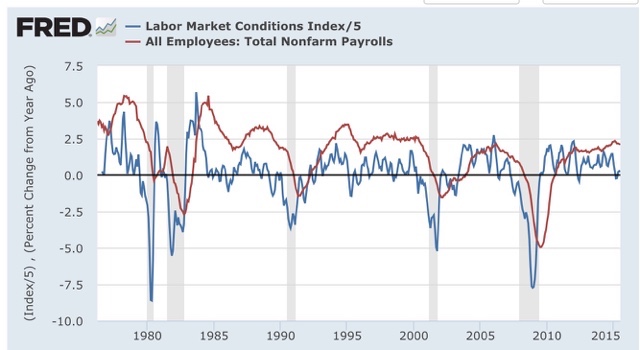 The LMCI was updated earlier this week, and the news isn't good, with the Index coming in at zero.  So here is an updated look at the same relationship, zoomed in on the last 10 years: 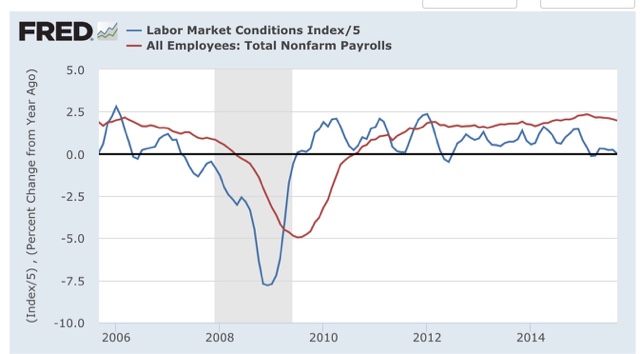 The LMCI is forecasting further YoY deterioration in jobs growth.  Even a few 5-digit increases cannot be ruled out.  The silver lining is, it is not forecasting an outright YoY decline in jobs.  Similar periods of weakness occurred in 1984, 1994, and 2002 without there being a recession. Even in those periods leading up to recession, generally speaking the LMCI crossed zero into negative territory well before the recession began.

Bottom line:  not good news, but this expansion isn't Doomed yet.
Posted by New Deal democrat at 8:03:00 AM 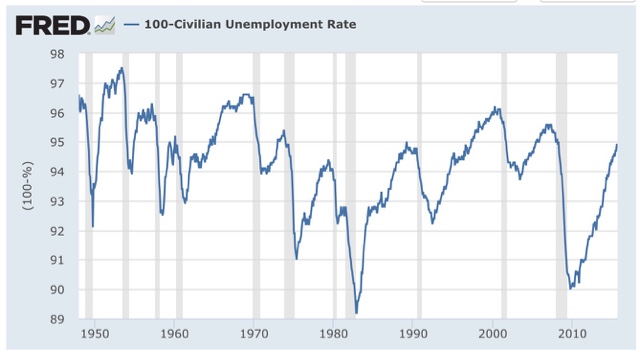 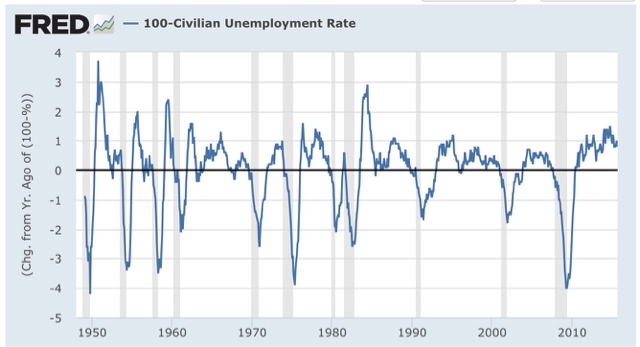 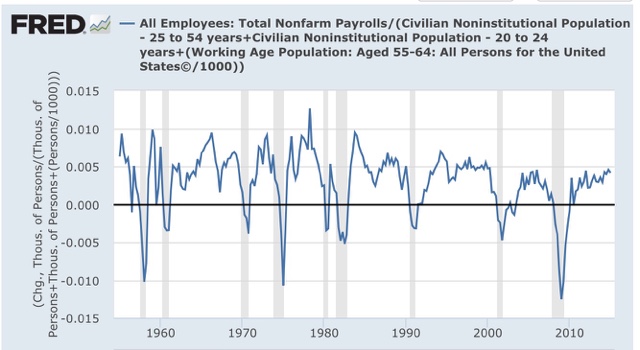 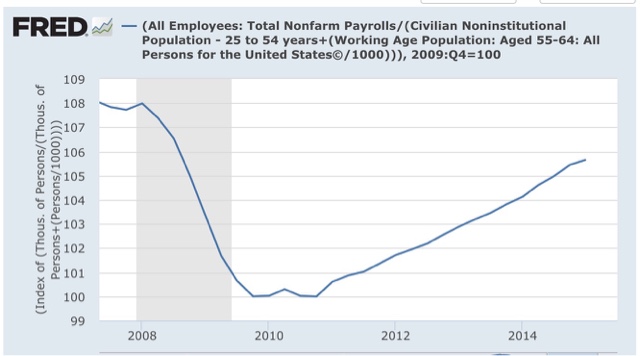 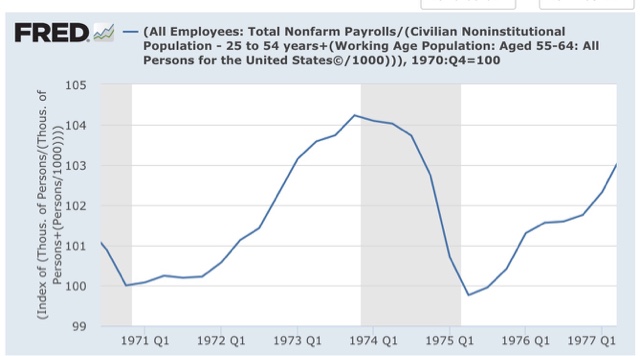 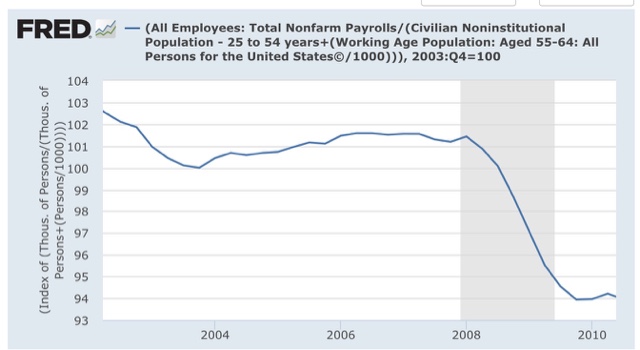 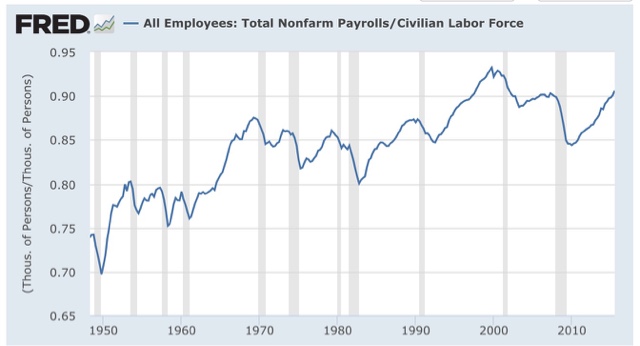 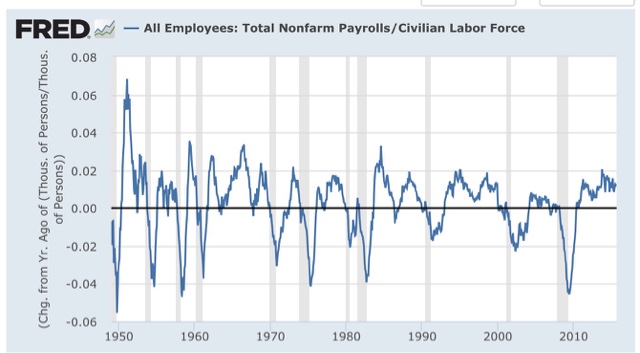 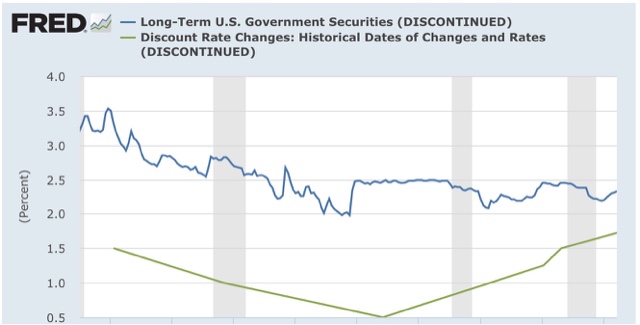 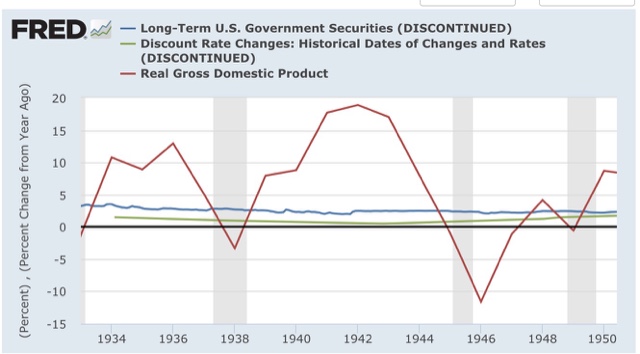 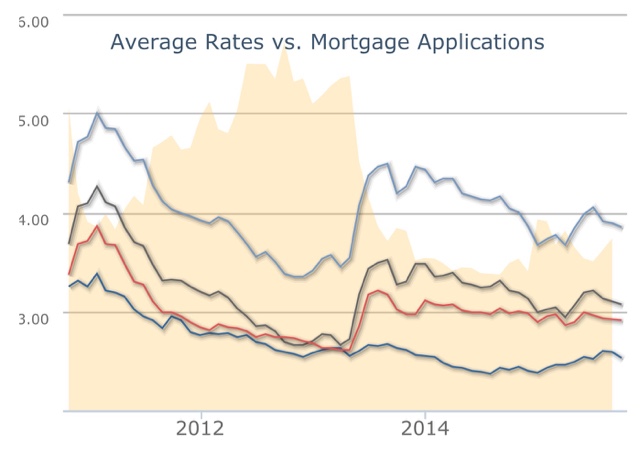 No: Dodd Frank Did Not Cause the Slow Recovery

The latest piece of, well, CRAP from Powerline is that Dodd Frank Caused is solely responsible for the slow recovery.

The AEI originated this meme.  It comes from Peter Walliston, who propagated the argument that the CRA caused the financial collapse in 2007-2008.   The Federal Reserve debunked this argument a long time ago.

Thankfully, Barry Ritholtz over at Bloomberg has proved what a crock this most recent claim is.

Why the US consumer expansion is still outweighing the industrial recession: houses and cars 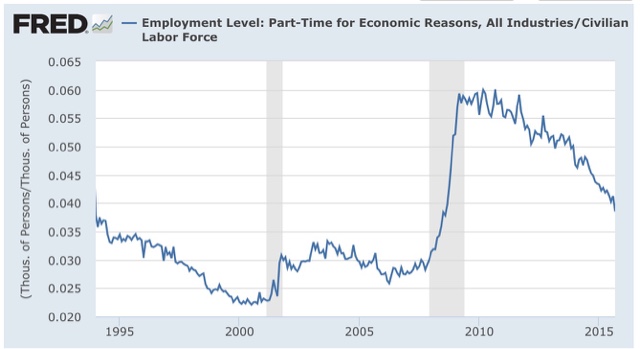 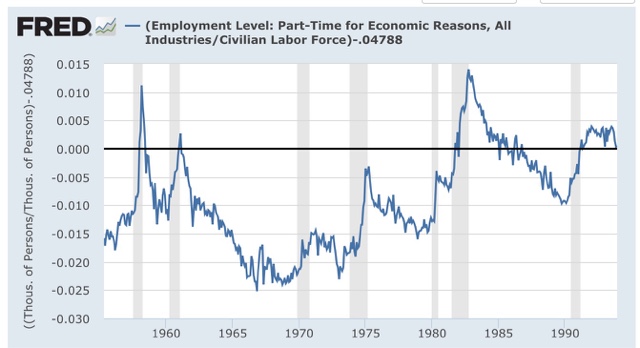 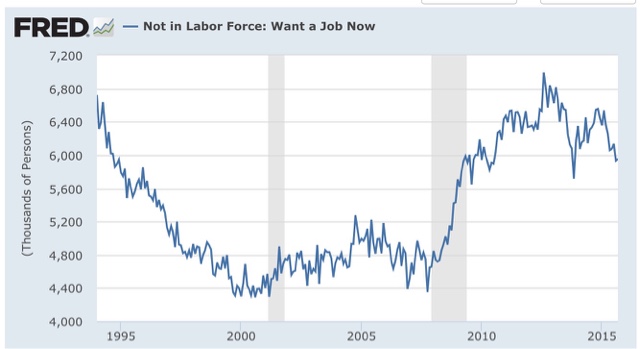 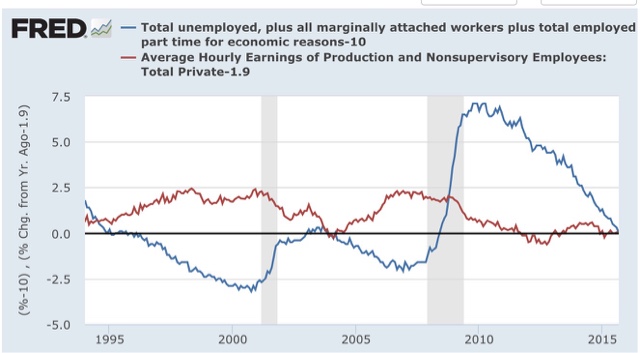 US Bond Market Week in Review: Did the Window Close, Edition?