Weekly Indicators for February 15 - 19 at XE.com

My Weekly Indicator post is up at XE.com .  Several data series flipped this week.  Most notably, Real M1 decelerated sharply.
Posted by New Deal democrat at 9:19:00 AM 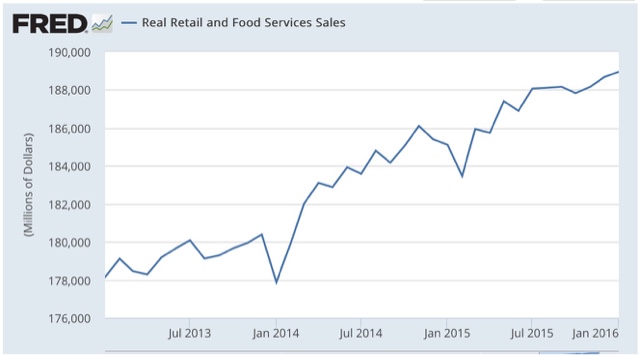 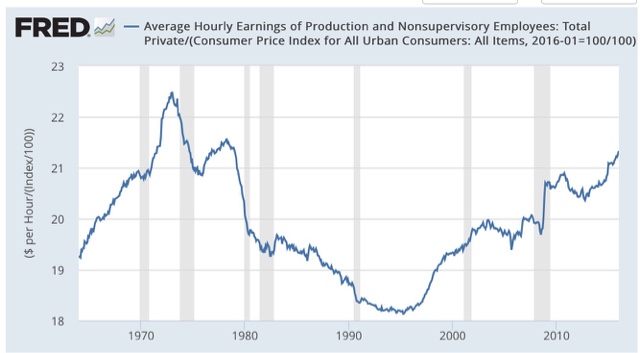 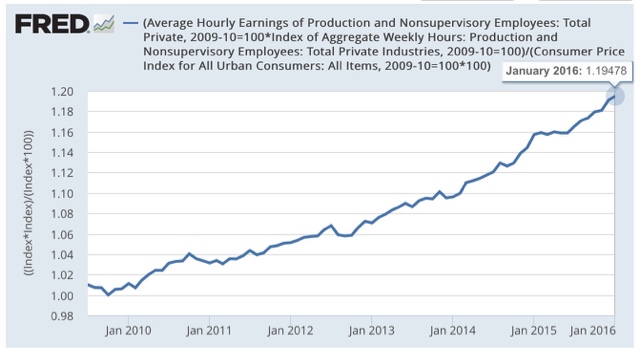 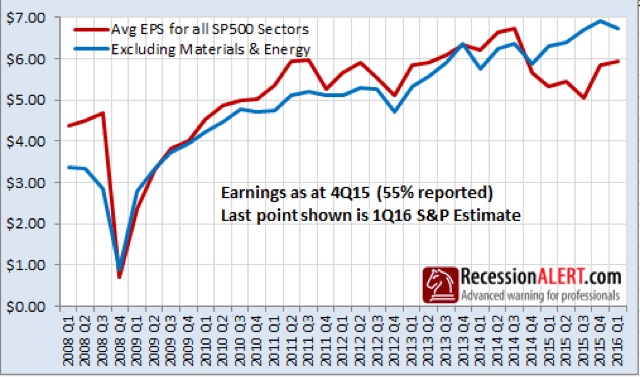 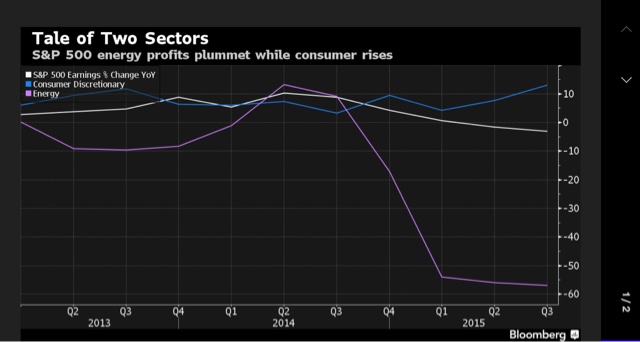 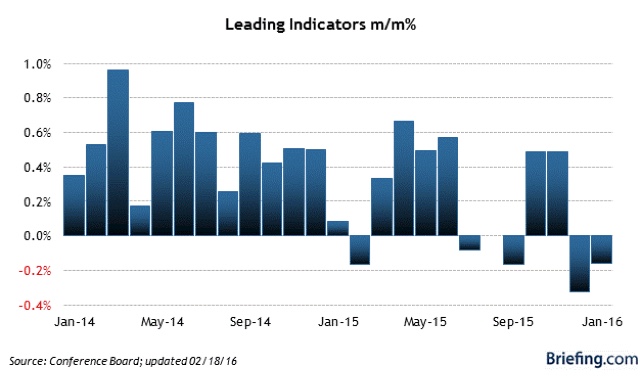 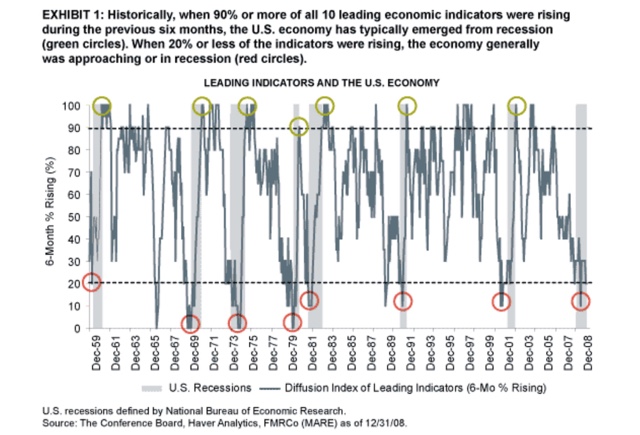 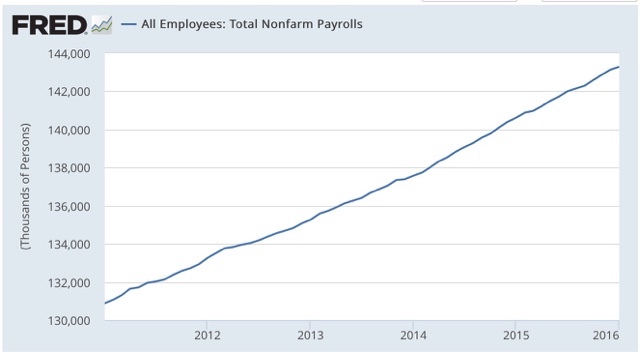 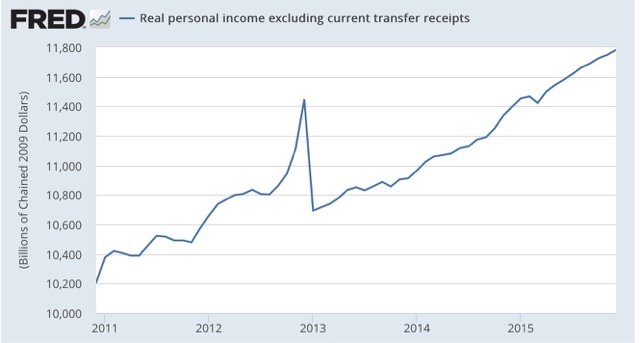 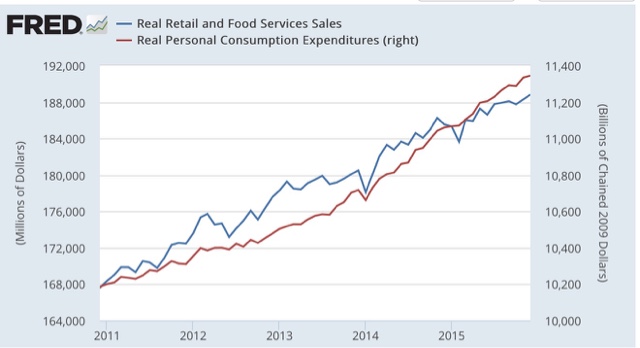 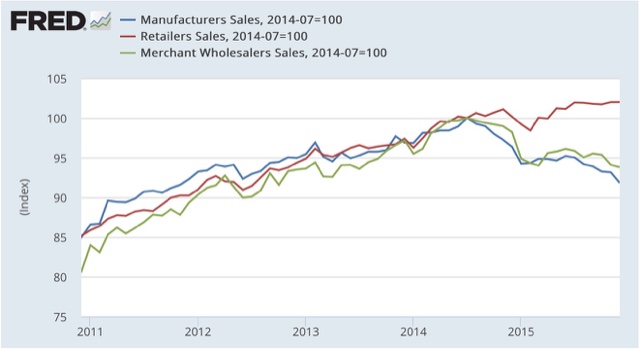 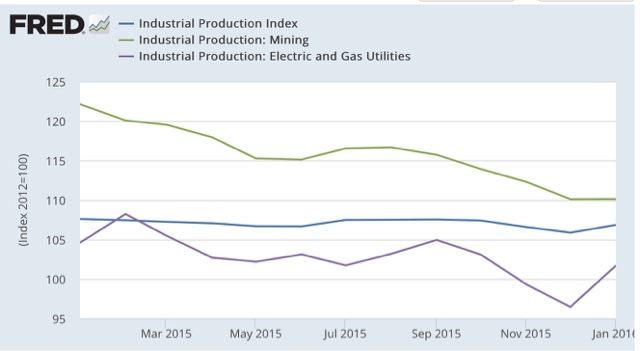 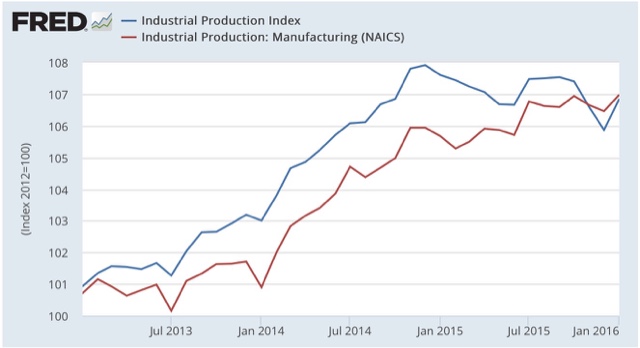 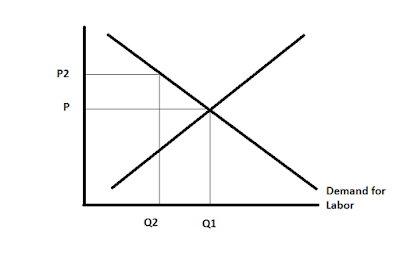 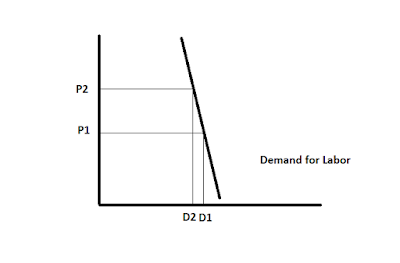 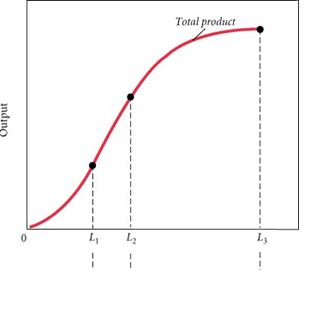 [I didn't get around to posting this last week, so I'll catch up today.]


The JOLTS report is an extremely useful dissection of the labor market.  Unfortunately it has only existed for 15 years, and thus includes only one full economic cycle, and so must be interpreted with caution.

For the last year I have been unimpressed with the report.  True, job openings (blue in the graph below) were soaring to new heights, but actual hires (red) stalled -- the same pattern as in 2005-06. late in the last cycle.  Here is the complete series, including last week's report for December: 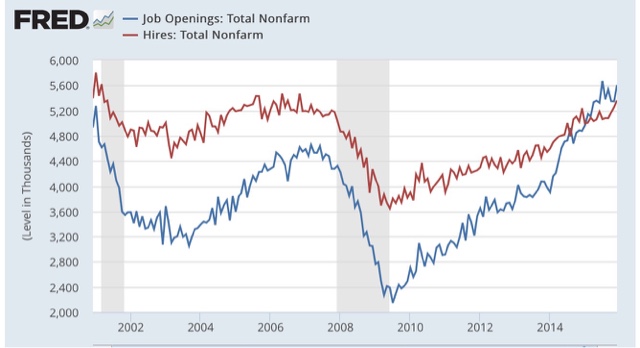 So the pattern - from one cycle - is: first, hires peak.  Then, openings peak. 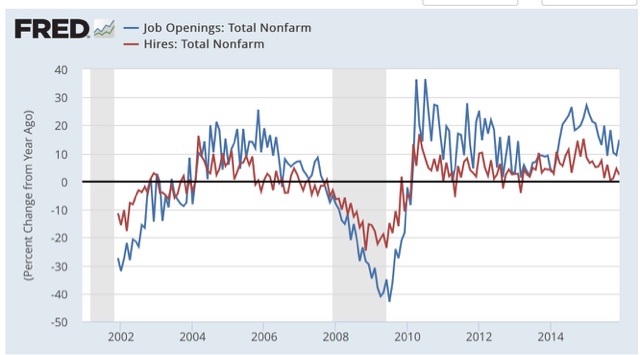 Openings have been rising faster than hires, which are have been barely positive.

Until the last month, when hirest soared to a new all-time high, as shown in the first graph abpve at far right.

Some more good news was contained in the quits rate, which also soared (blue in the graph below): 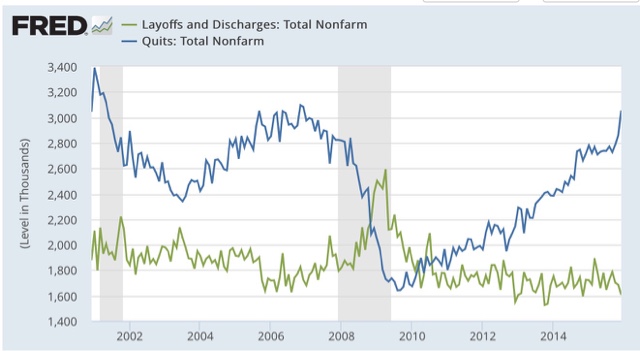 This means that workers were confident enough in their prospects to voluntarily leave their jobs.  Note that layoffs (green) remained low.

In the last cycle, first hiring stalled in 2005 (red in the graph below), and then layoffs (green) increased in 2007: 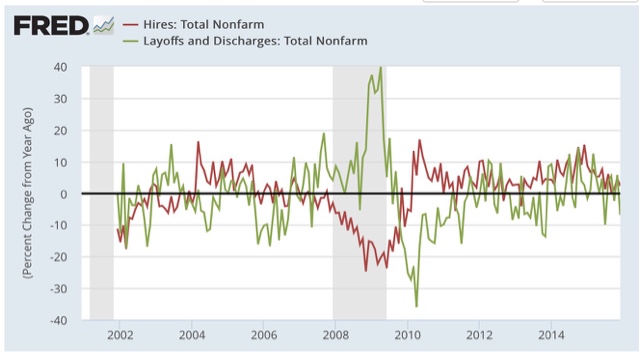 A similar pattern exists in the longer data series of jobs vs. initial jobless claims - job growth softens, then layoffs increase, before a recession begins.

In the JOLTS series, layoffs have actually declined a little, and the big increase in hires is very positive.

Finally, Dean Baker made a point that there is "pent up damend" for quits, and therefore they should continue to all time record highs.  I started out thinking like a devil's advocate:  after all, if there were "pent up demand" for quits, if, say, there were 2 people dissatisfied and looking to move for every 1 person similarly situated in the last business cycle, wouldn't at least *some* of those extra people quit when the U6 rate were 11% and 12%, instead of all waiting until U6 hit 10%?  Surely some of those people who wanted to quit, would have actually gone ahead and done so as the situation gradually improved over time.

Well, it turns out, that's exactly what they did.  Here's a link to a graph of the U6 underemployment rate (inverted) vs. Quits: 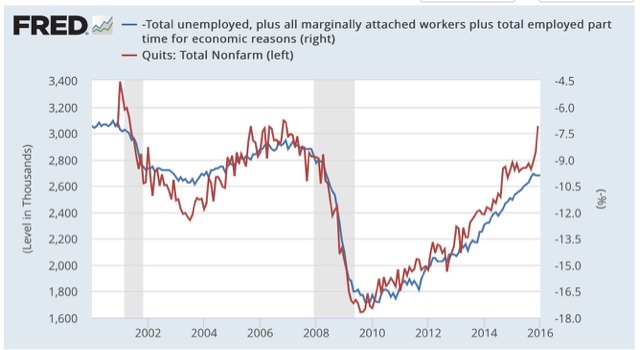 For every level of underemployment over the last 3 years or so, there have been more Quits than occurred during the last cycle -- just what my hypothesis predicted if there were "pent up demand."

So the bottom line is, while the report is still consistent with a maturing expansion, this was a very positive month.
Posted by New Deal democrat at 8:30:00 AM

My Weekly Reviews Are Up At XE.com

US Equity and Economic Week in Review
Posted by Unknown at 8:25:00 AM