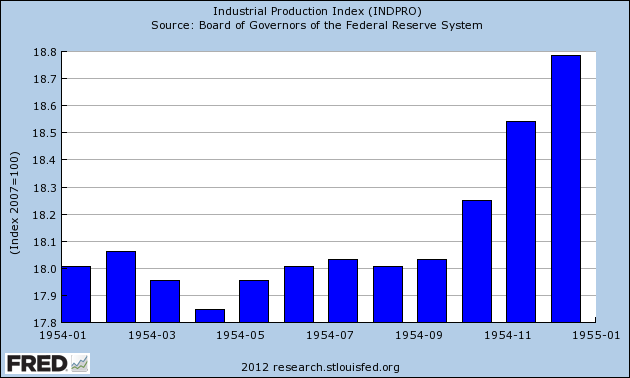 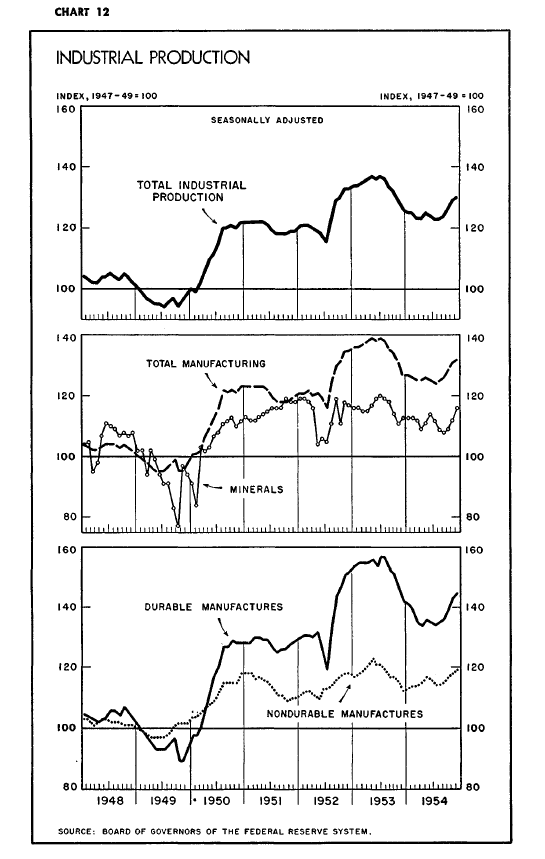 The above charts shows that the primary reason for the slowdown was the drop in durables goods manufacturing that started in 1953. 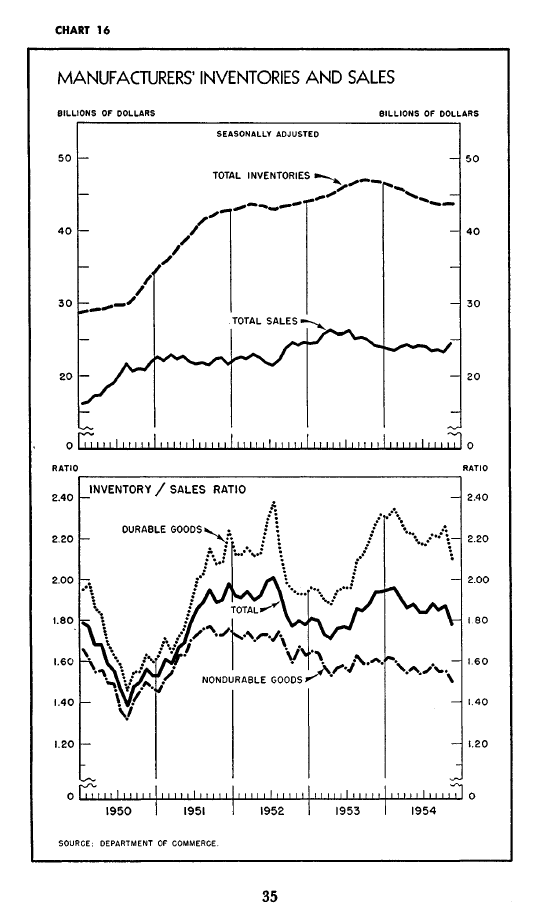 The above chart shows that inventories built at the end of 1953 and the inventory/sales ratio rose, peaking in early 1954.  As this ratio declined, industrial production came back on line, primarily starting in the fourth quarter of the year. 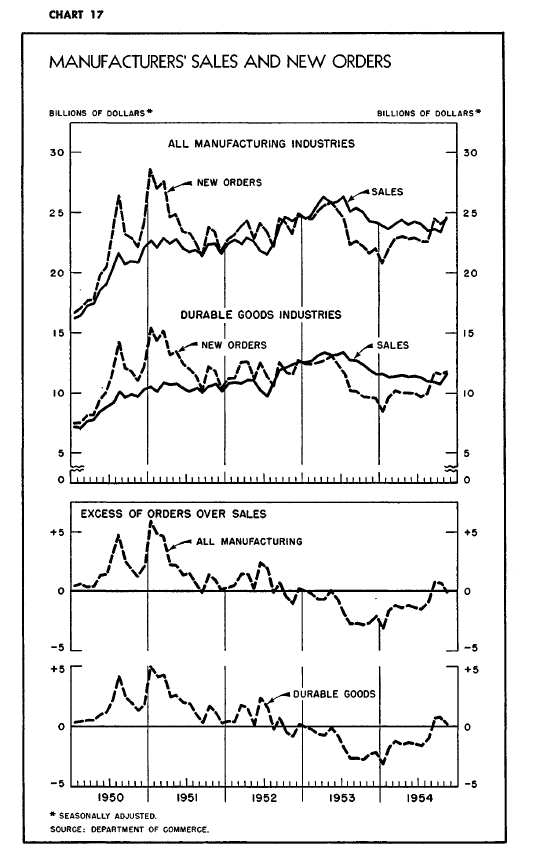 The lower chart shows shows that manufacturers placed more orders than there were sales for most of 1953 and 1954.  This is what caused the slowdown.  Remember that in 1954, there was no "just in time" inventory system; instead, businesses had to anticipate demand and place orders accordingly.  As such, inventory build-ups were far more common.
Posted by Unknown at 4:00:00 PM