With increased geopolitical and international economic concerns, the US is benefitting once again from a flight to safety.
Posted by New Deal democrat at 7:33:00 AM

Industrial production and nonfarm payrolls: As Good as It Gets, Millennium edition

The index of industrial production has grown at nearly a 5% rate in the past year (blue in the graph below), which is as good as it has been since the turn of the Millennium with the brief exception of 2010 vs. the 2009 depths of the recession: 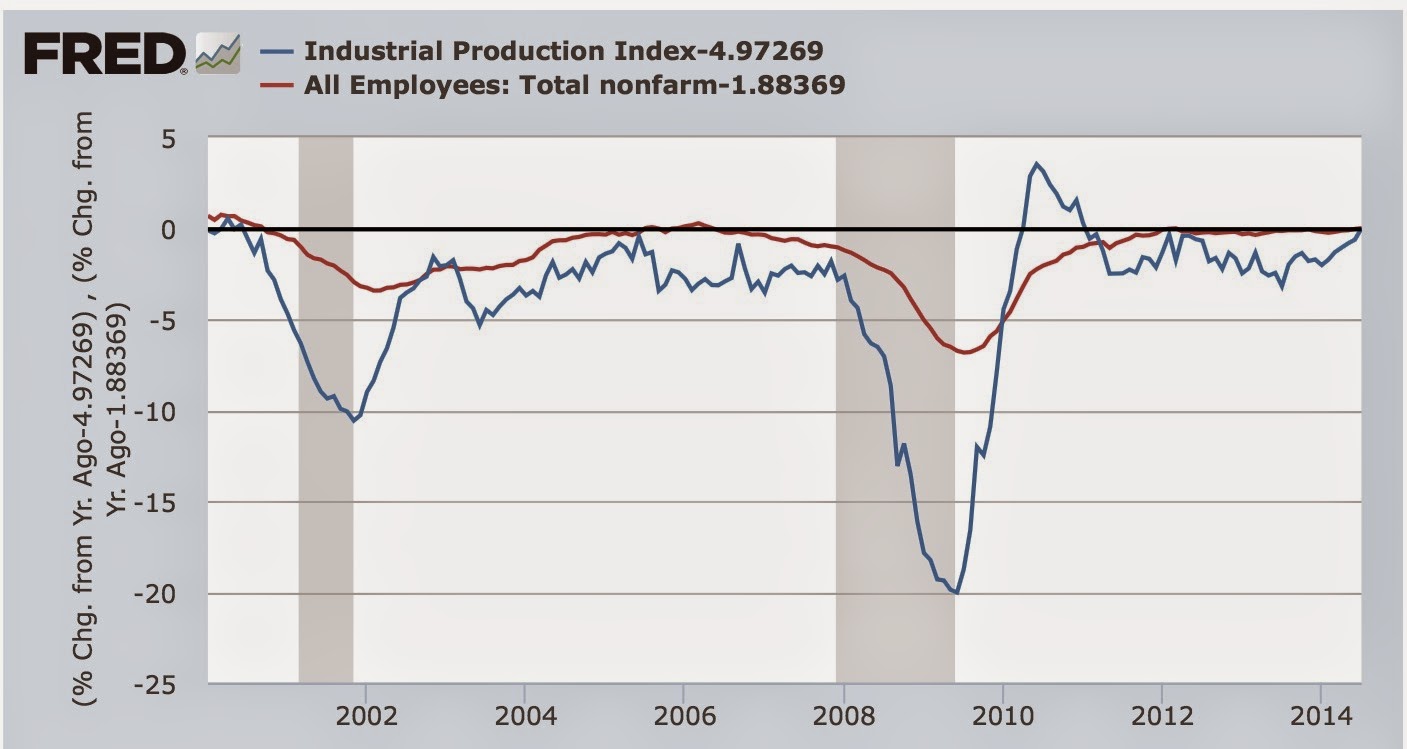 Similarly, nonfarm payroll growth (red), at about 1.9% YoY, is also as good as it has been since the turn of the Millennium.

In other words, where we have been over the last 12 months is what passes for the economy firing on all cylinders at any point in the last 15 years.

Just to put that in perspective, here is the same data going back to 1983: 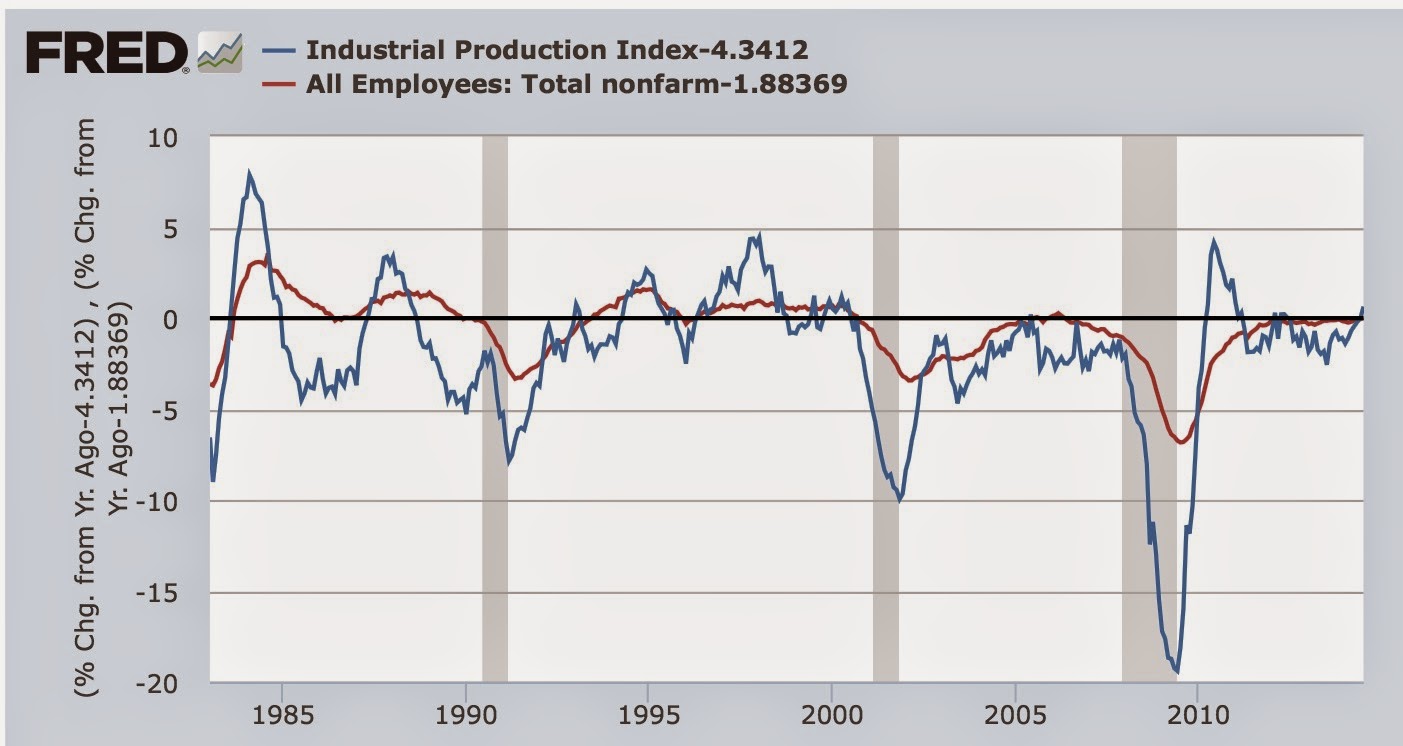 US consumers have been slowly tightening their pursestrings

I have a new post up at XE.com, discussing the state of the American consumer in view of yesterday's flat retail sales report.  Time is running out on some fort of relief.
Posted by New Deal democrat at 7:05:00 AM