Weekly Indicators for July 27 31 at XE.com

My Weekly Indicator post is up at XE.com.  Several more coincident indicators have turned soft or close to negative.
Posted by New Deal democrat at 9:54:00 AM 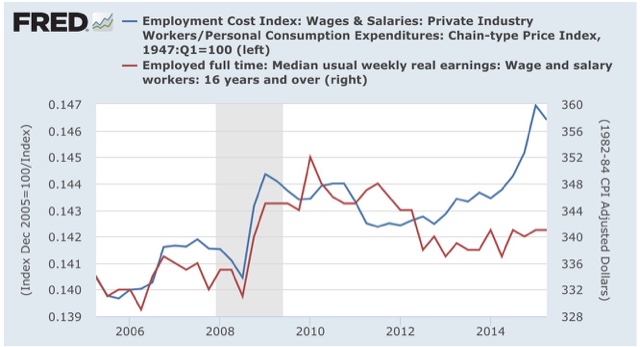 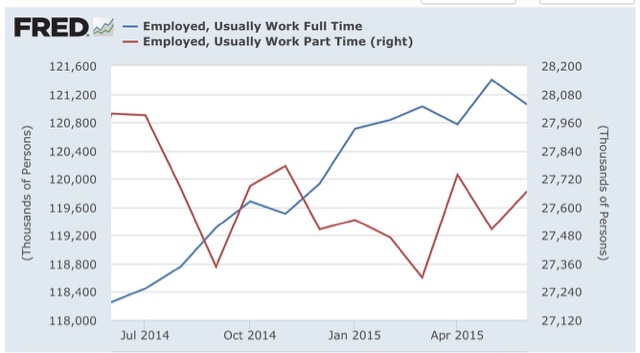 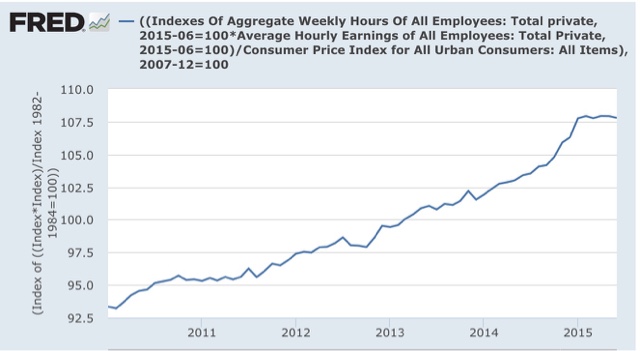 As you all probably know by now, the first estimate of 2nd quarter GDP was reported at +2.3% annualized, in line with the Atlanta Fed's GDPNow calculator (and kudos to them!). Real GDP also grew at +2.3%.  As the graph below shows, this is par for the course for the last 4 years, in which YoY real GDP has grown at +2%, +/-1%: 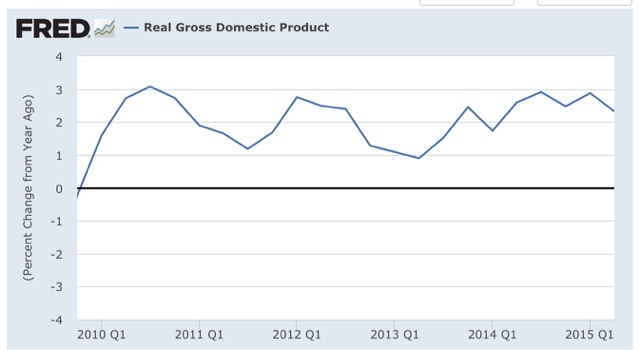 There have been a few diehard Doomers who have been trumpeting an alleged recession this year, based mainly on Industrial Production and related metrics, usually citing the downturn in the Oil patch (which, as I have repeatedly pointed out, has been more than outweighed by increased consumer spending). 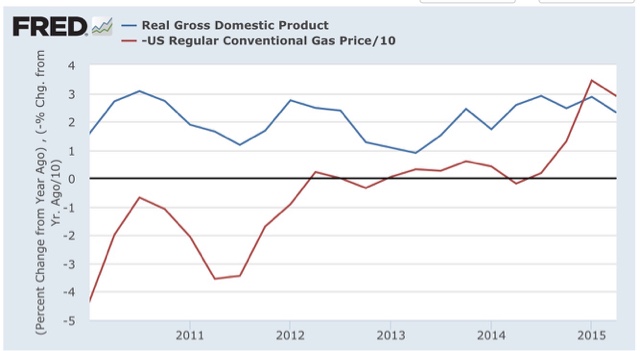 While the price of gas is hardly the single determinant of GDP, since consumer spending is 70% of GDP, it is an important one.  As gas prices rose YoY into 2012, downward presssure was placed on real GDP. As YoY gas prices stabilized and then declined, there has been a general upward trend in real GDP.

With today's release, and the accompanying revisions to prior quarters, Doomers will have to go back to their tinfoil hat claims that the numbers are cooked.  Because we are always DOOMED; only the rationalization changes.
Posted by New Deal democrat at 9:13:00 AM

I have a new post up at XE.com. The apartment boom is continuing, featuring record high rents, and record low vacancies.

International Preview For the Week of July 27-31