Weekly Indicators for January 25 - 29 at XE.com

The trend of some poor data becoming "less worse" continues.
Posted by New Deal democrat at 8:47:00 AM

Aside from the fact that it was positive, there were at least three particularly nice positives in the GDP report for Q4 2015:

1.  Real residential investment itself, and as a share of GDP, increased: 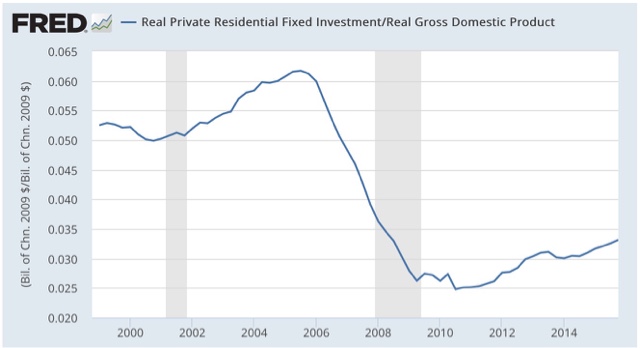 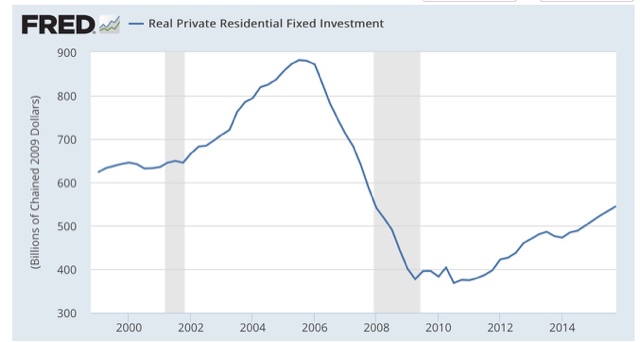 This typically turns down a year or more before the next recession.

No graph available yet, but income increased +0.6%.  Typically, but not always, corporate profits follow in the same direction.  Again, these tend to turn at least one year out from a recession.  I also suspect this series is more attuned to domestic consumption that corporate profits is. 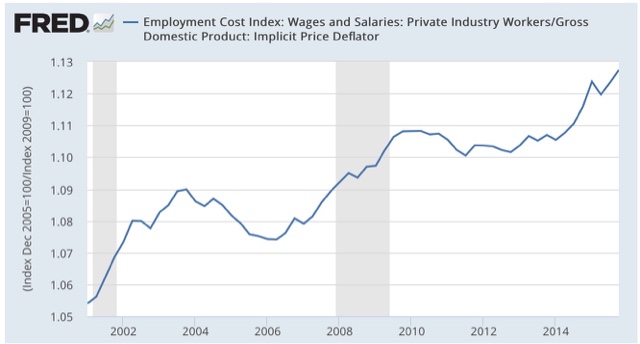 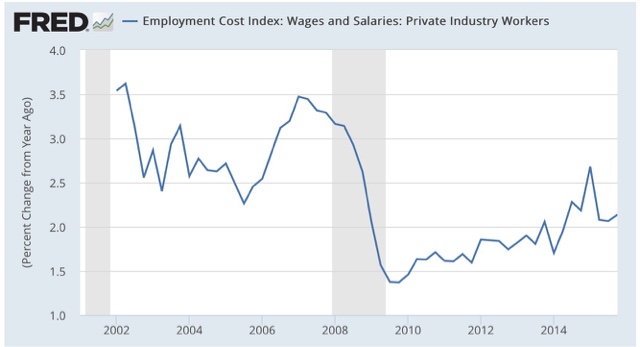 These increased +0.6% and they are up over 2% YoY.  Since this is a median, this is a better measure than average hourly wages.  The worker at the 50th percentile is doing better.

What happened to apartment rents in the 4th quarter was jaw-dropping.  My take is up at XE.com .

Oligopoly market power, anyone?  Here is an apparent horrible example of average Americans suffering because of the complete abondonment of antitrust enforcement.
Posted by New Deal democrat at 9:41:00 AM

The big trends of 2015 look like they are abating

It's a slow week, with the big news coming on Friday with the release of Q4 GDP.

In the meantime, here are a few things to consider:

1.  In 2015, 5 things moved in lockstep: Chinese stocks, US stocks, oil prices, industrial commodity prices, all down, and the US$, up.  Those trends may be abating.

First of all, the Chinese stock market, which has been unwinding a bubble, has given back about 75% of its gain: 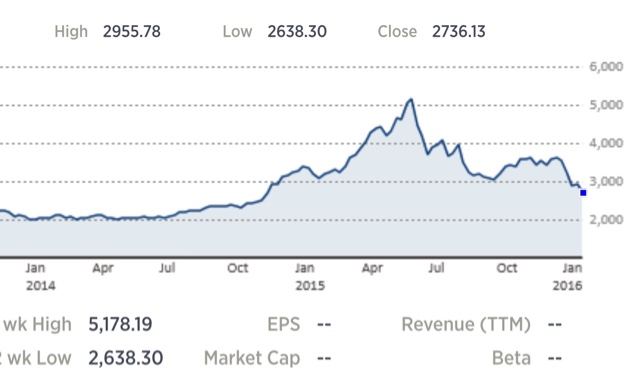 2.  Industrial commodities haven't retreated nearly as much as Oil: 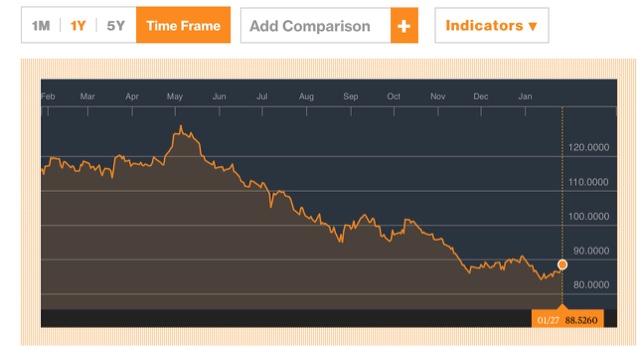 These have gone more or less sideways since November.

Yesterday I pointed out that the spot index for the US$ is also up less than 5% YoY, for the first time since late 2014.

2.  Yay new home sales, but don't get too excited: 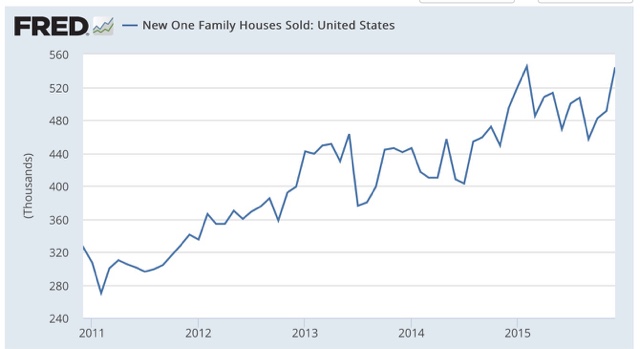 This series is heavily revised, usually away from an extreme high or low reading.  I suspect last February's high is going to hold for this cycle.

3.  While we might get a negative GDP print, the weakness in the economy is very concentrated.  The broader economy is holding up pretty well.  That's not a recession.

So says Prof. Tim Duy.  It's nice to have someone of such high status and academic credentials agree with my point of view.
Posted by New Deal democrat at 9:44:00 AM

Mixed news on the US$

The strength of the US$ is the biggest reason why the US economy has been slowing down.  In general, any YoY increase of 5% or more in the US$ is a big negative for the economy in the following several quarters.

At the YoY peak, the broad US$ was up over 20%.  As of the Fed's update yesterday, the broad US$ is still up 10% or more last week, and it actually rebounded a little: 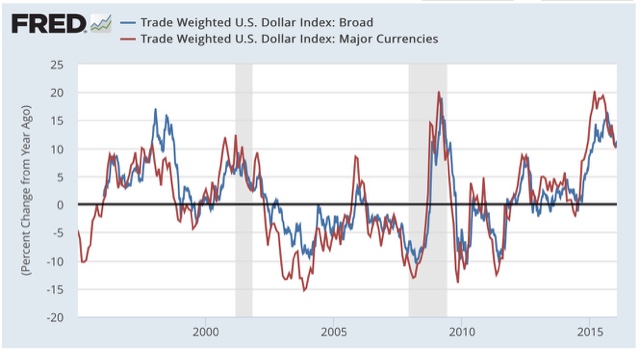 The good news is, as of today, the US$ spot index against major currencies fell slightly below 5% YoY to 4.8%: 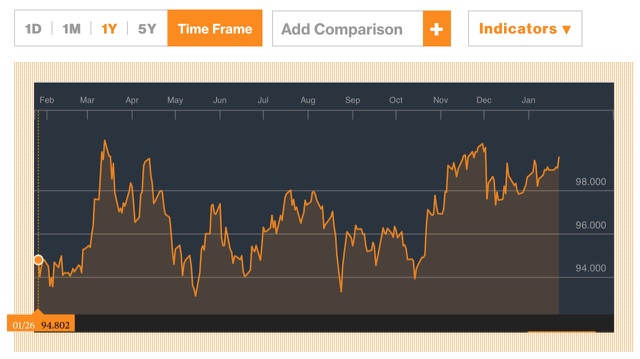 Hopefully the broadly weighted US$ will follow suit, but we'll see.  For now, there is continued pressure on US exports.
Posted by New Deal democrat at 8:00:00 AM

A simple question: who is more likely to be right?

From April through Dec. 30 last year, mutual fund investors yanked money from mutual funds focused on foreign and domestic stocks, according to the latest estimates from the Investment Company Institute. 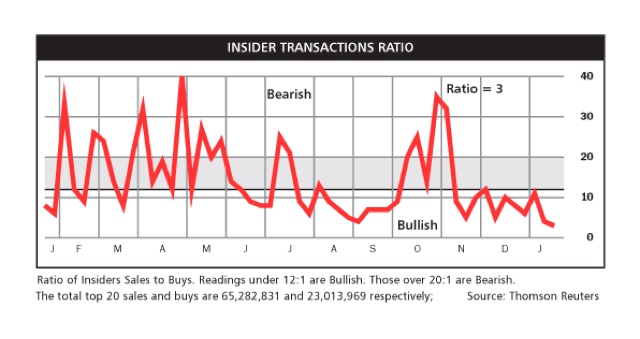