The Biege Book: The Consumer

From the latest Beige Book:


Retail sales in the Philadelphia, Atlanta, St. Louis, Minneapolis, and Kansas City Districts were higher than year-earlier sales. The Boston District reported strong same-store sales in the last few months of 2011, but mixed results for same-store sales in January. Retail sales increased in the Richmond and San Francisco Districts, but were mixed in the New York and Cleveland Districts and weakened in the Kansas City District. Retail sales growth in the Dallas District was tepid and consumer spending growth slowed in the Chicago District. The Boston, New York, Philadelphia, Cleveland, Chicago, and Dallas Districts noted that mild winter weather had depressed sales of seasonal items. Mark-downs on winter merchandise to clear inventory were reported in the Boston, Chicago, and Richmond Districts. Aside from unsold seasonal items, inventories were more broadly reported to be at satisfactory levels. All Districts reporting sales expectations for the coming months indicated optimism among contacts that sales will improve.

Gains in auto sales were reported in the Philadelphia, Atlanta, St. Louis, and Minneapolis Districts. Chicago also reported sales increases in January, but noted that sales were down slightly in early February. Auto dealers in the New York, Cleveland, and Richmond Districts reported a slowdown in recent auto sales, while auto sales held steady in the Dallas District and contacts in the Kansas City District reported a post-holiday lull in sales. All Districts reporting on sales outlooks conveyed optimism. Dealers in the Kansas City District expect demand for smaller, fuel-efficient cars to spur sales in coming months, while contacts in the Cleveland District were optimistic but uncertain that sales increases in 2011 could be repeated in 2012.

The overall tone of the retail sales comments are tepid.  Sales weren't collapsing, but they were weakening. 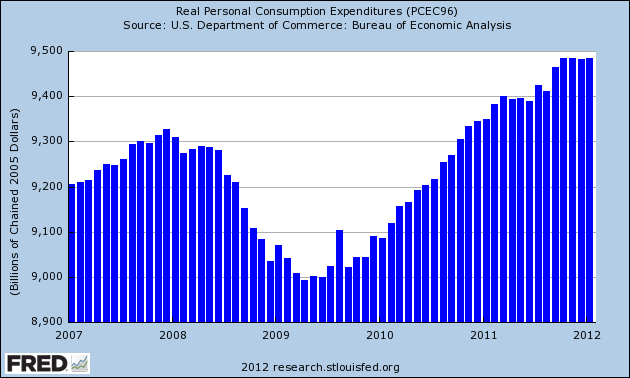 Total PCEs have stalled for the last four months.  While they are above the highest level of the last expansion, four months of stagnant PCE growth is not a good development.  The last time we saw this type of trend was last fall when EU fallout depressed sentiment and demand. 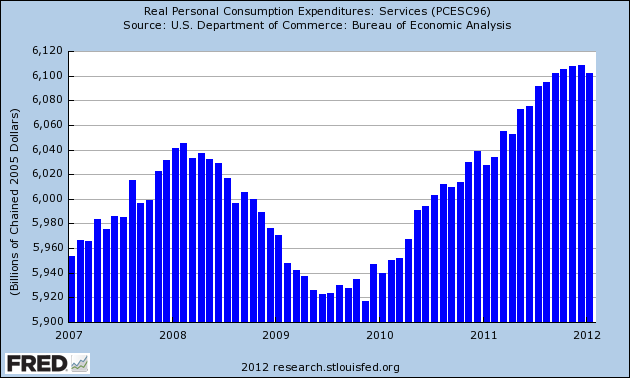 Services comprise about 65% of PCEs.  Last month, see a drop in this area of PCEs.  While not fatal, it again, is not a good development. 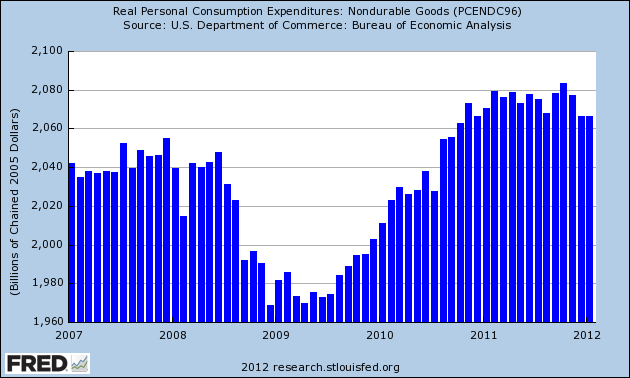 Non-durable purchases have been stagnant for most of this expansion.  Considering that factor, their recent drop is not fatal. 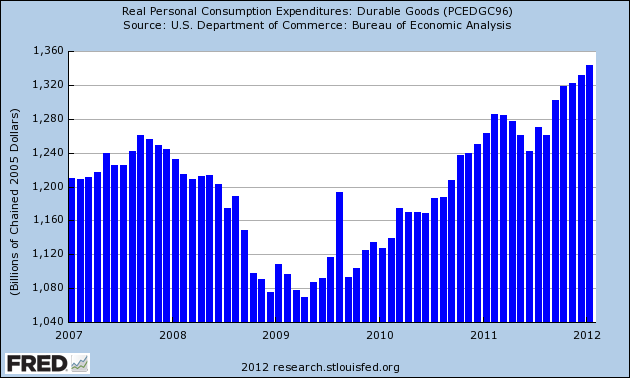 This is a bright spot -- the strong rise in durable purchases.  Consumers don't spend money in this area unless there is a real, actual need and they are confident they can take on the financing issues.  As such, this helps to relieve some of my concern about the preceding charts (although not all). 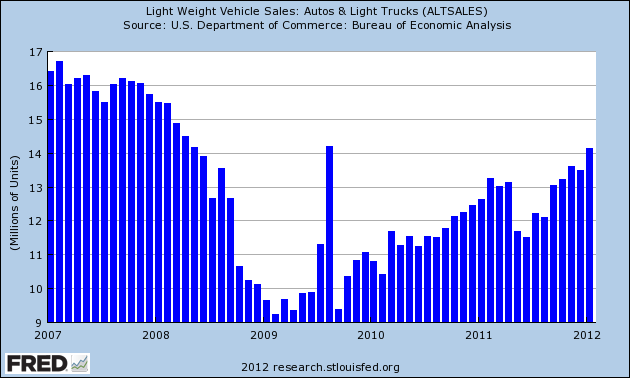 Auto and light truck sales have rebounded from their contraction last year.  They are now at their highest, non "cash for clunkers" level. 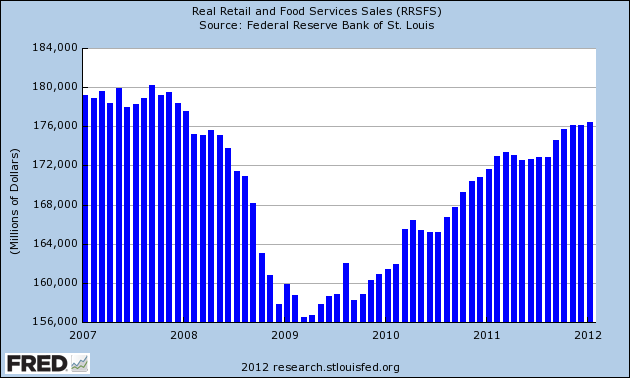 Real retail and food service sales show the same pattern as rel PCEs: near stagnant growth for the last four months (there has been a slight increase, but not much).

One of the reasons for the stalling is a decreasing consumer sentiment: 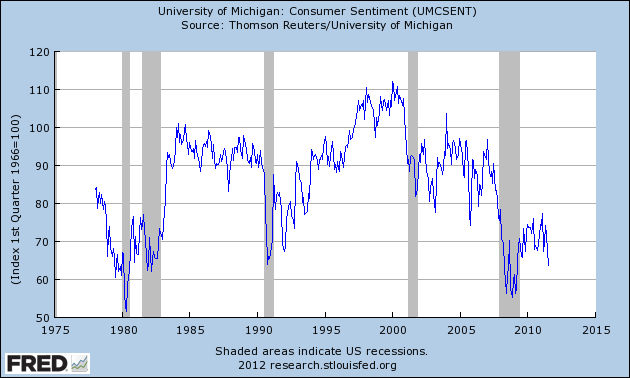 The above chart shows that sentiment is still at incredibly depressed levels, despite two + years of expansion. 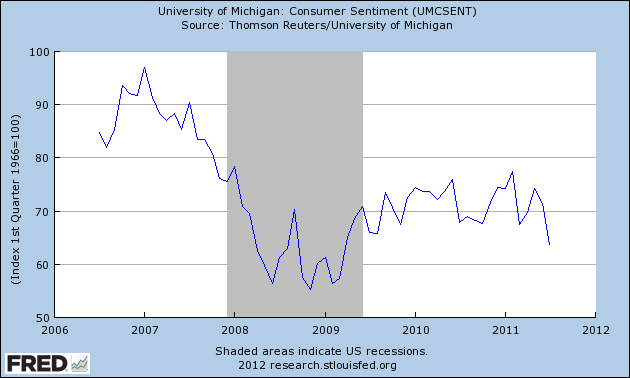 The above charts shows that sentiment has been stuck in a low range for the duration of this expansion, and that it recently dropped sharply.

NDD covered this topic recently in which he explains how an "exhausted consumer" could lead to a slowdown.

The good news in the above charts lies in the durable goods numbers, which show a consumer who is confident enough int the future to take on a big purchase.  However, the stalling of PCEs and near-stalling or retail sales for the four months is concerning and clearly needs to be watched over the next few months.