This week's edition of Weekly Indicators is coming to you from one of my favorite places in the whole world, Aroma's Coffeehouse in Colonial Williamsburg.

Month over month August data included the Index of Leading Economic Indicators, up strongly, suggesting good growth for the next 6 to 8 months. Industrial production improved to a post-recession high, capacity utilization was up, the Philly manufacturing index improved, although the Empire State index decelerated. Existing home sales were up. Consumer prices barely budged. A big negative was the decline in housing starts and permits.

Let's again start this edition of the high frequency weekly indicators by looking at the real economic version of the Dow signal, i.e., comparing manufacturing with transport:

Steel production from the American Iron and Steel Institute


Steel production over the last several years has been, and appears to still be, in a decelerating uptrend. It had been negative YoY, but turned positive one week ago.

Railroad transport from the AAR

Rail transport had been both positive and negative YoY during midyear, but this week was the sixth positive week in a row since then, and equals its most positive showing in a long time. The Harpex index had been improving slowly from its January 1 low of 352, but has generally flattened out for the last few months. The Baltic Dry Index has rebounded to make nearly a 2 year high. In the larger picture, both the Baltic Dry Index and the Harpex declined sharply since the onset of the recession, and have been in a range near their bottom for about 2 years, but stopped falling earlier this year, and now seem to be in an uptrend.


We can now estimate that after adjusting for state reporting glitches, one week ago initial jobless claims were ~318,000, still a 6 year low. Jobless claims remain firmly in a normal expansionary mode. Like each of the last three years that this same, a good, downside breakout has occurred.

Temporary staffing had been flat to negative YoY in spring, but has broken out positively in the last two months. Tax withholding, after a relatively poor August, is again posting better comparisons.


Gallup's 14 day average of consumer spending is positive, but significantly less so than earlier this year. The ICSC varied between +1.5% and +4.5% YoY in 2012, while Johnson Redbook was generally below +3%. The ICSC has been weakening but improved for the second week in a row, and Johnson Redbook remains at the high end of its range, and has actually been improving.


The price of Oil continued its retreat from its recent 2 year high. The 4 week average for gas usage turned slightly positive, after two weeks of being slightly negative.


Refinancing applications have decreased sharply in the last 4 months due to higher interest rates, although this week's rebound makes up almost all of last week's precipitous decline. Purchase applications have also declined from their multiyear highs in April, but are still ever so slightly up YoY.

Housing prices
Housing prices bottomed at the end of November 2011 on Housing Tracker, and averaged an increase of +2.0% to +2.5% YoY during 2012. This weeks's YoY increase remains near a 7 year record.


Loans turned up at the end of 2011 and averaged about 1% gains YoY through most of 2012.  Over the last few months, the comparisons have completely stalled.

The TED spread is still near the low end of its 3 year range, although it has risen slightly in the last few months.  LIBOR established yet another new 3 year low this week.


This week was generally positive, with the same concerns about the long leading indicators as I've had for the past several months. Interest rates are negative, mortgage applications and real estate loans have turned negative, and now even purchase mortgage applications are just barely positive YoY, and money supply is decelerating although still positive. Spreads between corporate bonds and treausries also were negative this week.

The shorter leading indicators of initial jobless claims are positive, even adjusting for California's computer problems. Temporary employment has turned strongly positive in the last two months. The oil choke collar is engaged but has eased off, especially as to gasoline. Commodities are neutral.

The coincident indicators once again look like they have broken out positively. Rail traffic, which had been a real concern, has broken to the upside strongly, as has shipping. Steel production is positive. Consumer spending is holding up reasonably well. Bank lending rates are at or near or at record lows. Tax withholding has also improved moderately in the last couple of weeks. House prices remain strongly positive.

Once again this week the story remains, if Washington can avoid destroying things, the economy appears ready to pick up steam again for the rest of the year. I still remain much more cautious about 2014. . 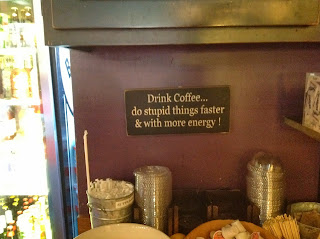