Housing decline is cause for concern, but no red flag

I have said in the past that if there were only one indicator I could have, I would choose housing permits. They are a long leading indicator for the economy that is among the most reliable. With this morning's report on housing permits and starts, we have now gone 4 months without a new high, and we are 87,000 off that high. We are also 3000 less than we were 11 months ago. Similarly, housing starts have now gone 5 months without a new high, and are 114,000 off that high. Starts are still more than 150,000 higher than they were a year ago and 47,000 higher than they were 11 months ago.

While there is no doubt that higher interest rates are impacting this leading sector of the economy negatively, in order for there to be a red flag for recession, I would want to see permits both negative YoY and negative by at least 200,000 from their expansion peak. The following graph depicts YoY changes in permits, with the red line showing where the YoY change has been at least -200,000: 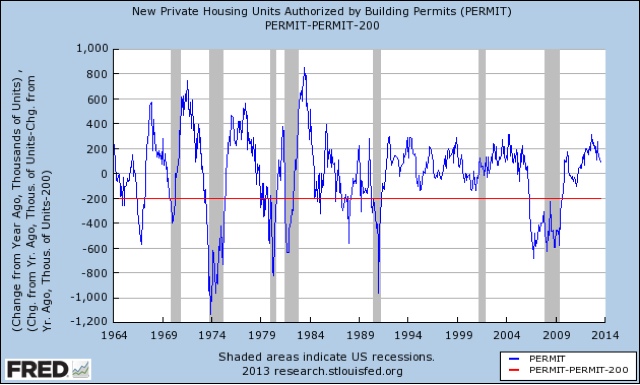 Note that the only false negative is the shallow 2001 recession, and even then permits were 200,000 under their previous expansion peak.

Now here is a close up of the last 5 years: 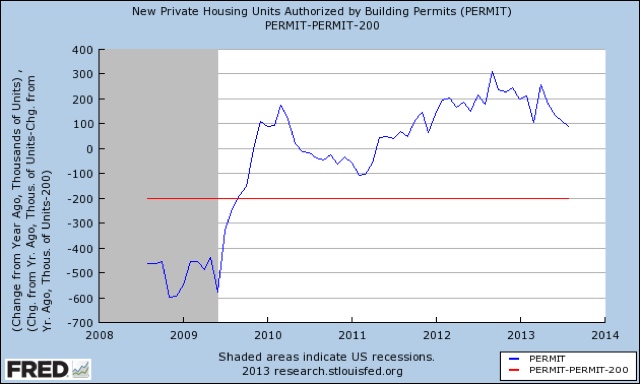