The above chart is from Dr. Ed's blog, and it shows the OECD LEIs for Japan, the EU and the US.  Let's look in detail and some of the indicators 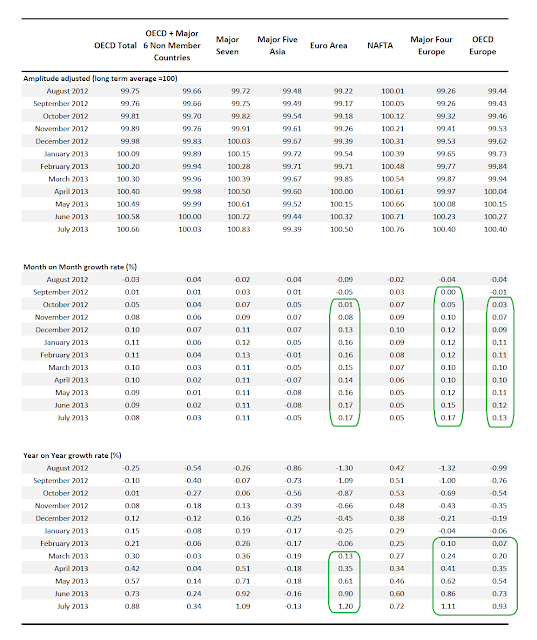 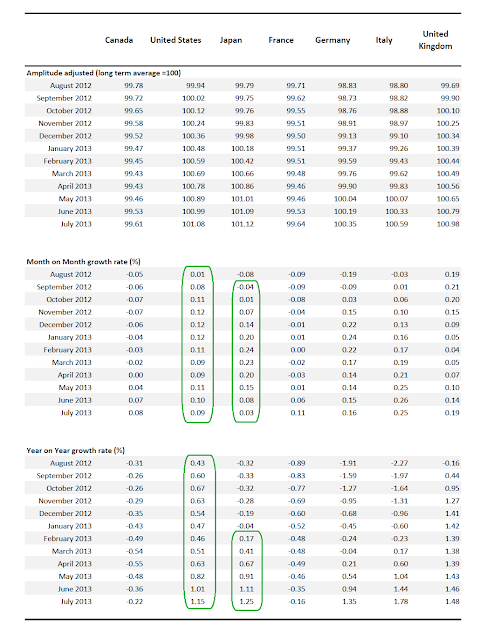 The above table shows US and Japan LEIs.  The US has been printing positive numbers on a M/M and Y/Y basis for the last year; Japan starting printing M/M numbers a little under a year ago and Y/Y numbers last Spring.

Let's turn to the EU and Japan markets (I reviewed the US markets yesterday). 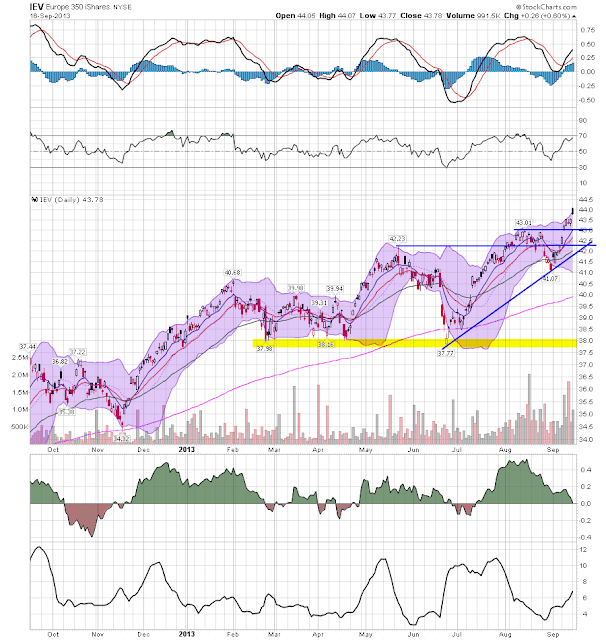 The European ETF spend most of 2013 using the 37.8/38 level as technical support while it made moved sideways.  It made one failed rally to the 42 level in late spring, but finally broke through resistance in early August.  Since then we've seen a slight sell-off followed by yet another rally higher. 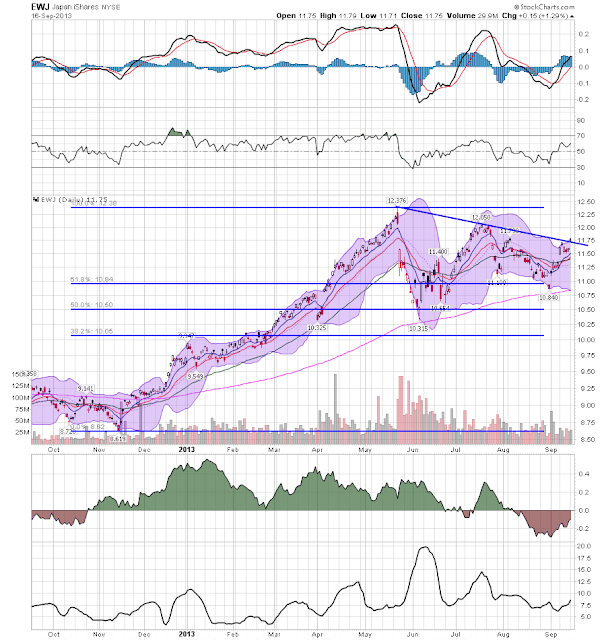 After Abe's election, the Japanese market rallied strongly until late May.  Since then it has been consolidating gains, using the 50% fib level as technical support.
Posted by Unknown at 10:30:00 AM