As I noted last week, Latin America has sold off as a result of the Fed tapering talk.  However, this is not an overall reflection of the region's economies which have done a great deal to improve their respective competitiveness over the last 10-20 years.

Chile has been slowing, but that's a relative term.

In Chile, GDP grew 4.1% in the second-quarter, confirming its slowdown. The natural resources sector’s annual growth rate dropped more than two points compared with the previous quarter, primarily because of reduced mining production early in the quarter, but also because of a sharp drop in fishery. Sectors other than natural resources performed below trend in the second
quarter. GDP growth was driven mainly by trade and construction, while other branches related to investment slowed. The use of installed capacity has declined accordingly

Here's a table from the same report: 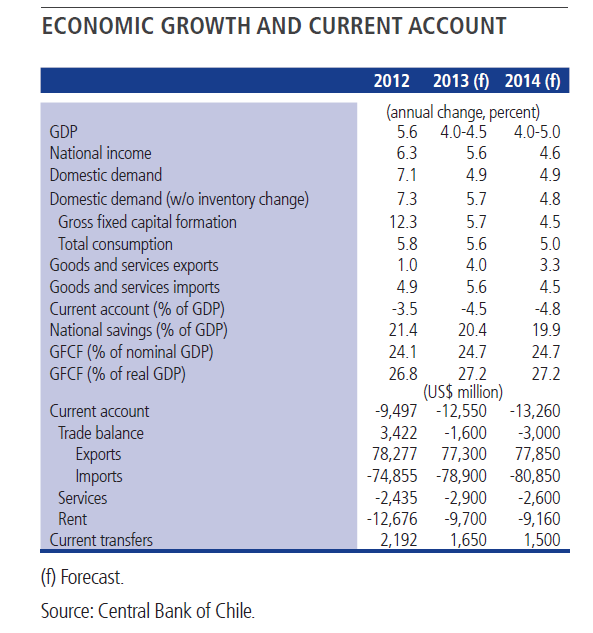 The numbers above are still impressive from a Y/O/Y perspective.

And inflation is still well-contained 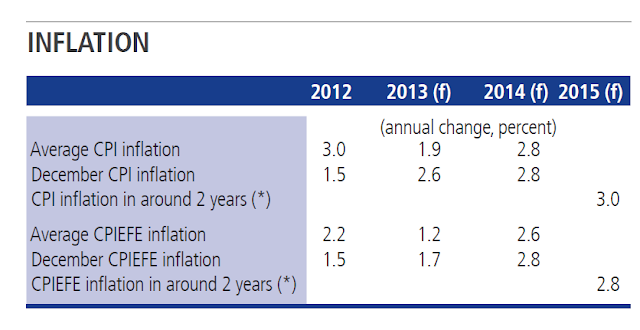 In their most recent policy announcement, the Central Bank of Chile kept rates at 4.25%.  Here's how the described the current economy:

Domestically, recent output and demand figures continue along the lines of previous months: moderate growth in output and strong private consumption. Headline inflation is still within the tolerance range, while core measures continue to hover around 1% annually. Inflation expectations have remained near the target in the policy horizon. 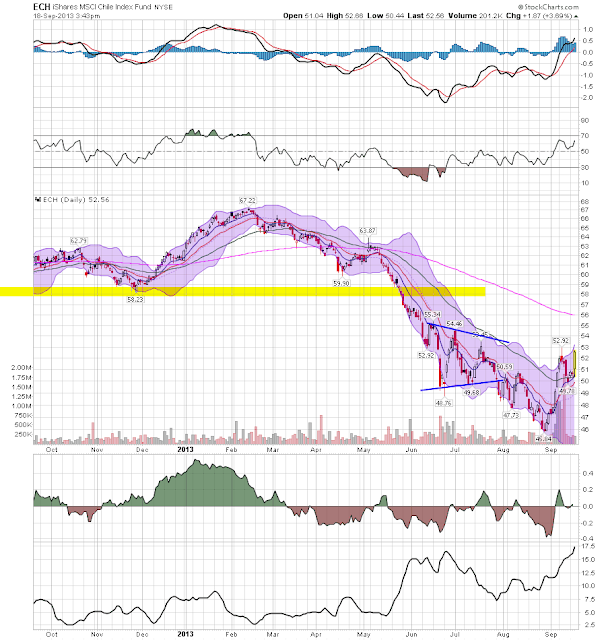 The Chilean ETF has been selling off all year.  The first move lower occurred between February and early June, with the second far sharper sell-off starting in May.  However, over the last few weeks, prices have rebounded and yesterday's action is encouraging.  Also note that prices are now above the shorter EMAs with a rising MACD.
Posted by Unknown at 6:00:00 AM