With this morning's CPI report (up +0.1% just as I predicted based solely on the price of gasoline), we now have values for 3 of the 4 big coincident indicators of the economy, and there has been an improvement.

Here's the graph I ran last month, when it appeared that industrial production (red), real retail sales (green), and income (orange) had all stalled (payrolls are in blue): 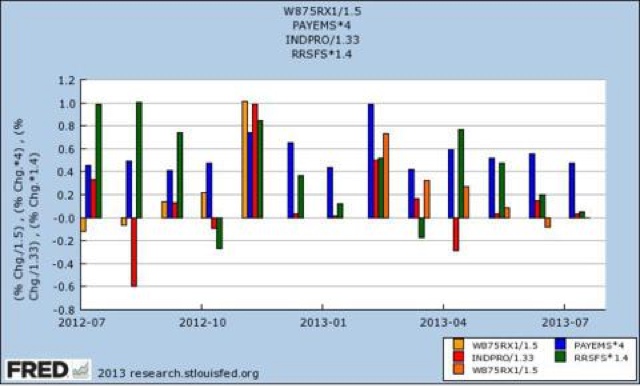 Now here's the same graph with the August updates: 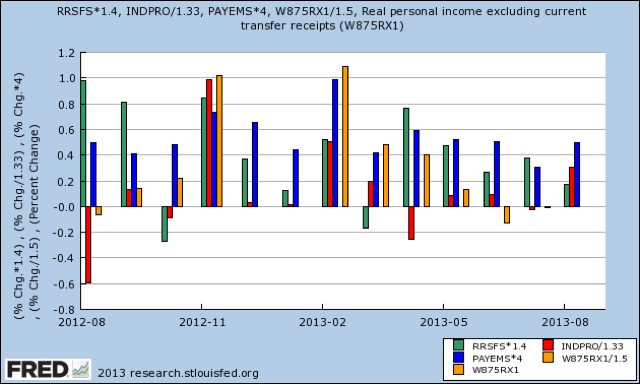 Note that July is now second from the right. Retail sales were revised substantially positive, and industrial production has had its best reading in 6 months. Payrolls look like they've rebounded, but actually July was revised downward, and August actually held steady from the original July report.

Back in January I thought there would be a first half stall and a second half rebound. This is some evidence that is indeed happening.
Posted by New Deal democrat at 9:00:00 AM