About 2-3 months ago, the Chinese economy hit some rough waters.  It started with a public acknowledgment of excess loans with in the banking system and was followed by a spike in short term interest rates.  The PBOC didn't do anything to stall the sharp upward spike, a move which analysts interpreted as the bank's message to the banking sector to stop the practice.  Around the same time, we saw a weakening in some economic numbers.  In saying "weakening" it's important to remember that this is a relative term; the Chinese economy was still growing, just at a slower rate.

But since the short term spike, we've seen a return to strong growth numbers from China.  For example, exports rebounded:

China’s exports increased more than estimated in August and inflation stayed below a government target, helping Premier Li Keqiang sustain a rebound in the world’s second-largest economy from a two-quarter slowdown. 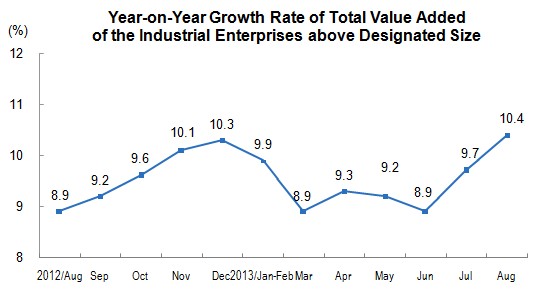 Investment is also at high levels 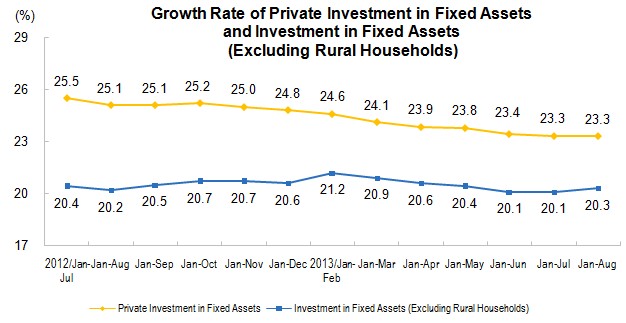 And retail sales printed their best number of the year 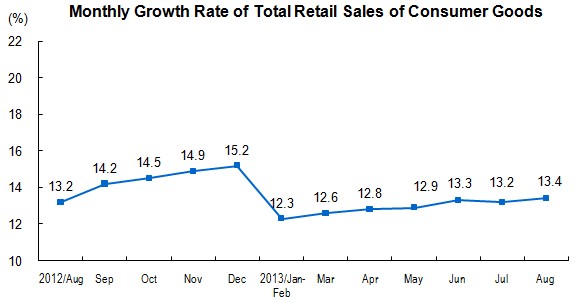 I looked at the Chinese market last Friday; not much has changed since then.
Posted by Unknown at 6:00:00 AM