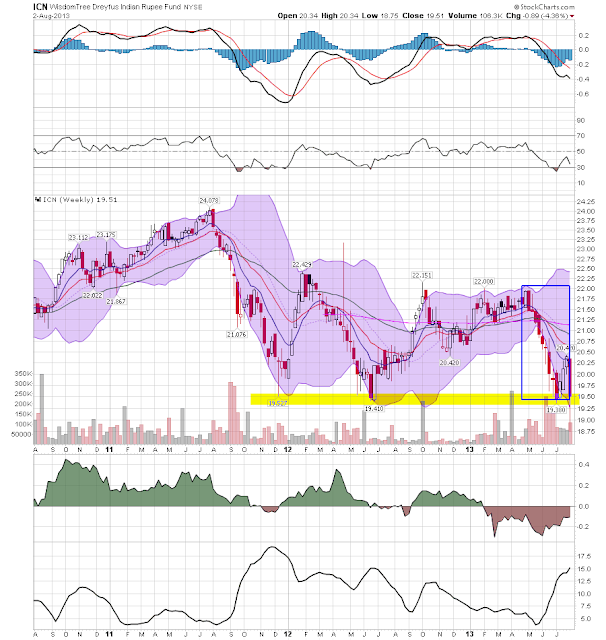 The above five charts show the central problems facing the India economy.  The biggest is a declining GDP growth rate (top chart).  The annual rate of growth has slowed from 9.4% in 2010 to 4.8% in the latest reading.  In this situation, one would expect the Reserve Bank of India to lower interest rates, which they have done as shown in the second chart.  However the downward movement of rates is clearly limited by inflation (third chart).  While that has dropped from readings between 7% and 8% for most of the last year to recent reading of just shy of 5%, the level is still high.  Just as importantly, the rupee has dropped sharply over the part three months (fourth chart), which has led the Indian Central Bank to take extraordinary actions and also limits the ability to lower rates to stimulate the economy.  And finally, there is the increasing current account deficit (fifth chart), which has been increasing as a percent of GDP -- a statistic that further contains central bank action.

It is this world that the new head of India's Central Bank walks into.  Perhaps the bast thing about him is we wrote the paper which questioned the overall impact of financial liberalization and deregulation that led Larry Summers to label him a luddite.  I don't envy his job given the above.

Let's take a look at the ETFs: 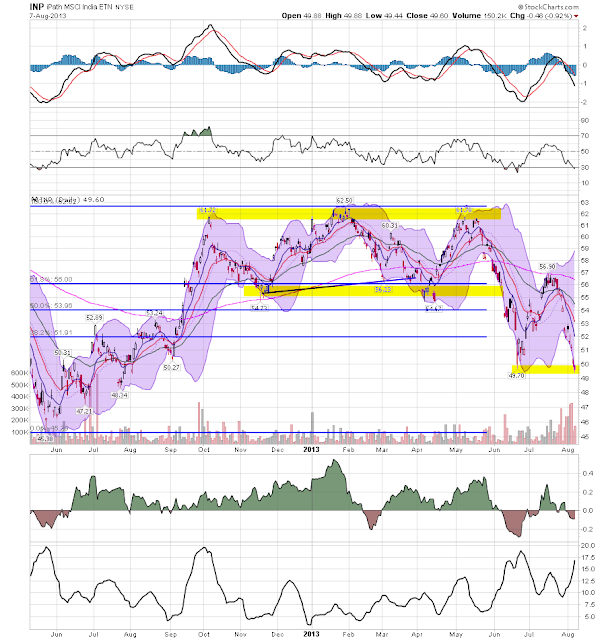 The Indian ETF had support at ~52, 54 and 56 over the last years -- levels which prices fell through over the last two months.  After the initial break, prices ralled to the 200 day EMA, only to it resistance and fall back to the 50 level.  Notice the higher volume of the most recent sell-off, along with the EMA drop and weak CMF reading.  This is a very weak market, with a price target of at least 45. 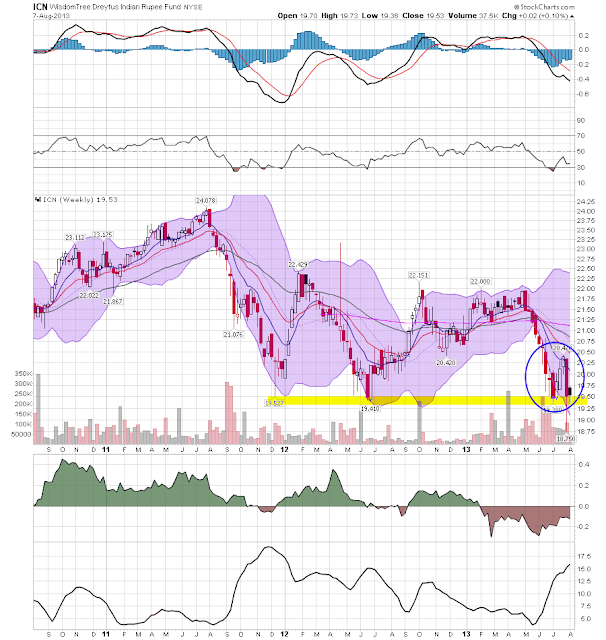 The weekly chart of the rupee shows that prices are now at long-term, multi-year support.  Last week, prices moved through support, only to bounce back.

This is still an economy that is trying to find its feet.  I'd be more a seller than a buyer here.