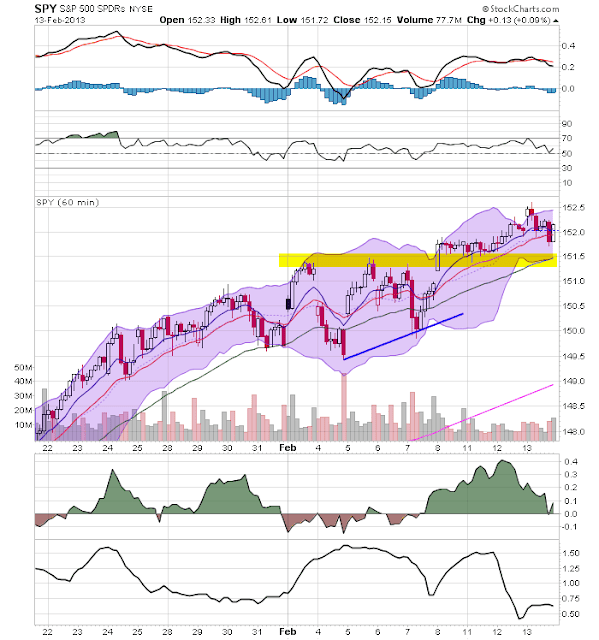 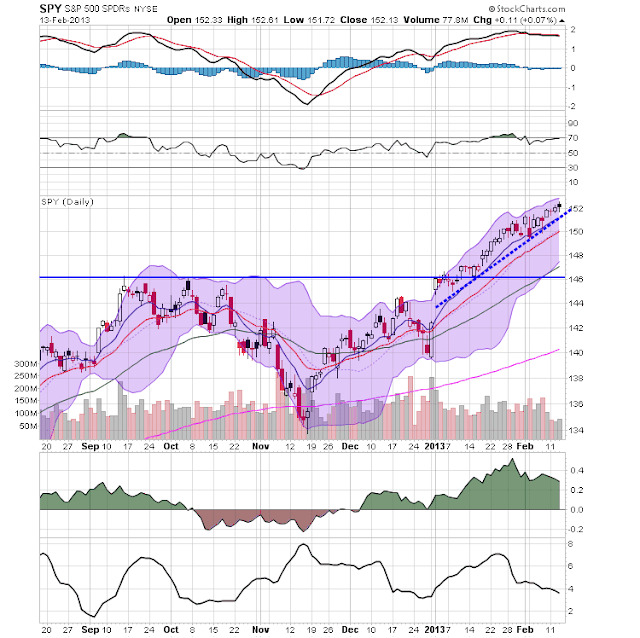 The 60 minute SPU chart (top chart) shows that prices consolidated at the beginning of the month (Feb. 108), then broke through topside resistance on Feb. 9.  Prices rallied a bit from there but then sold-off a bit.  The 151 price level provides near-term support.  The daily chart (lower chart) shows the uptrend is still intact.  Prices are using the EMAs for technical support and all EMAs are still moving higher.  However, the MACD is now drifting lower. 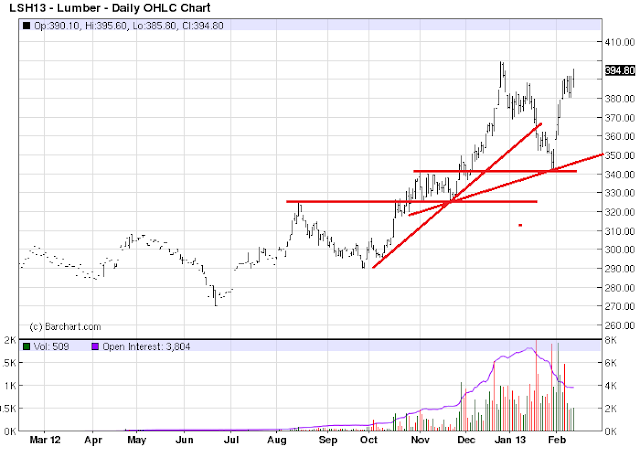 The lumber market is clearly benefitting from the turnaround in the housing market.  Prices were contained by the 320 level until late last fall when they rallied through that level.  Prices next consolidated between the 320 and 340 level before breaking out at the beginning of December.  Prices rallied, retreated and then rallied again to the current level around 395. 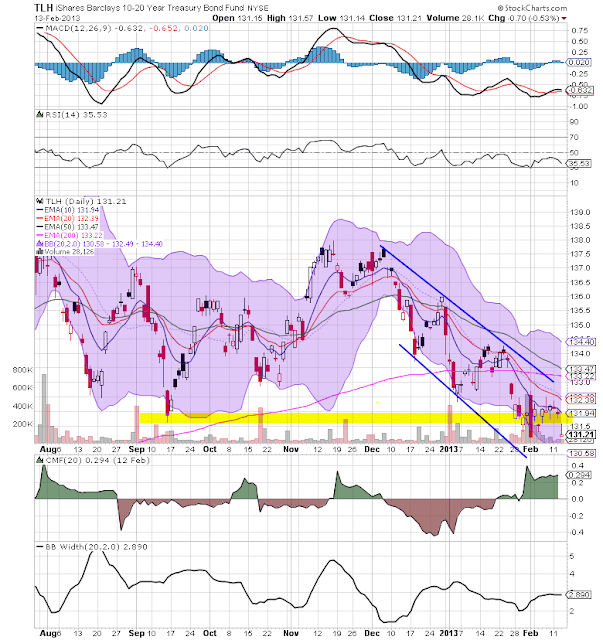 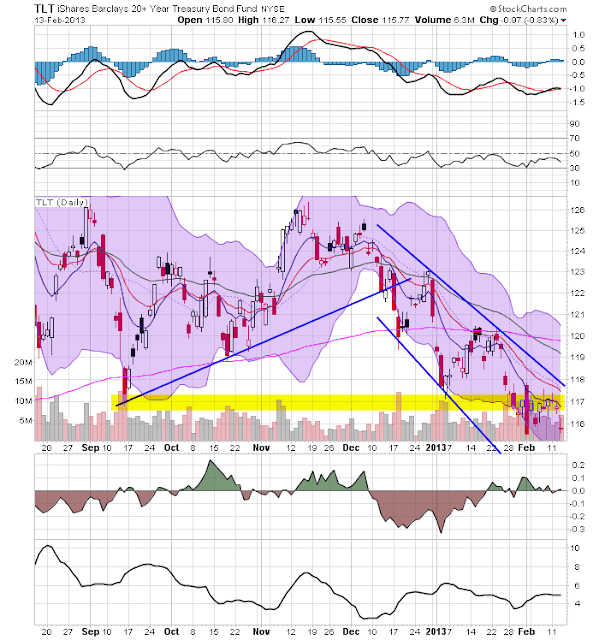 The long end of the yield curve is barely hanging on to technical support.  The TLHs are right at the 131 level, while the TLTs are trading right at the 116 level.  A meaningful break below either level would be bullish for the equity markets. 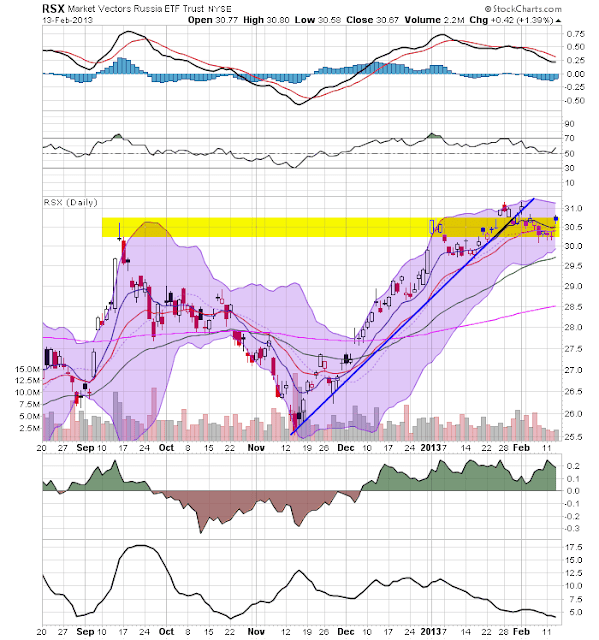 The Russian market broke trend at the end of January and has been trading between the 30 and 31 level since.  While momentum has decreased, the CMF reading indicates that money is flowing into the market.  Also of importance is that prices didn't drop much below the 20 day EMA.  This tells us there's some price support right above 30. 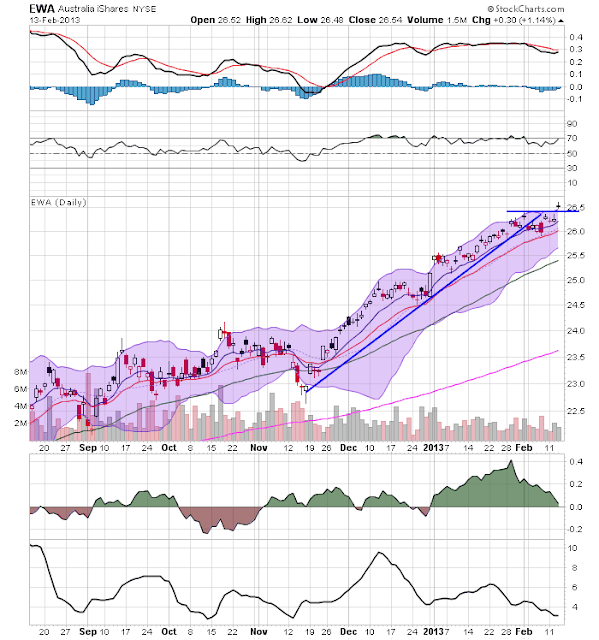 The Australian market broke an uptrend at the beginning of February and consolidated between the 26 and 26.5 levels.  However, the technicals indicate a sell-off might be in order.  The CF is declining and the MACD has given a sell signal.