Any given weekly report can be noise, and must be taken with several grains of salt. This one, however, is particularly encouraging. Up until 4 months ago, there had not been any post-recession report below 350,000. But in the last 10 weeks, 4 of the reports have come in under 350,000, with a new post-recession low of 330,000. When we got the very good reports in January, there were warnings that they were post-Christmas distortions. The same cannot be said of this week's number. 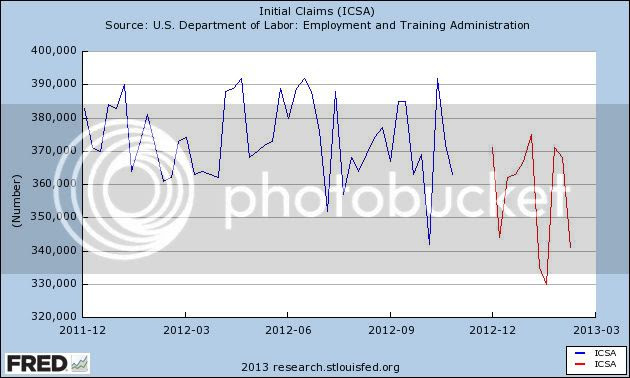