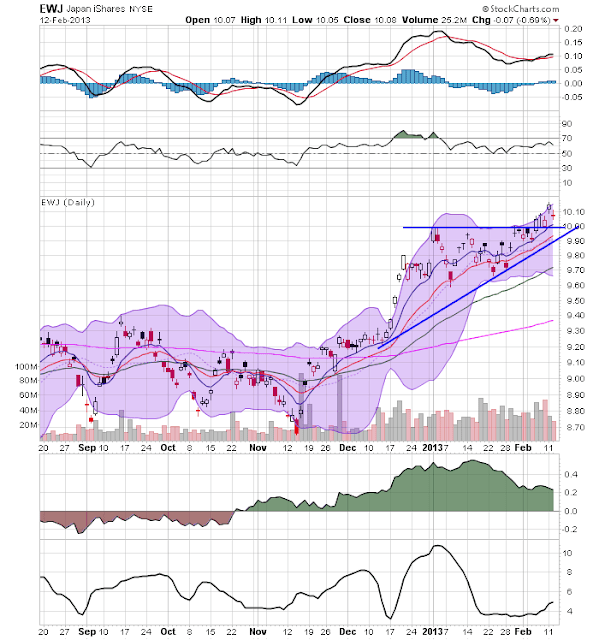 Japan consolidated from the beginning of the year to early February.  Since then, prices have moved a bit higher, which has pulled the EMAs along for the ride.  However, notice the light volume over the last two trading days and the weakening (though still positive) nature of the CMF.  The overall chart is weakening a bit. 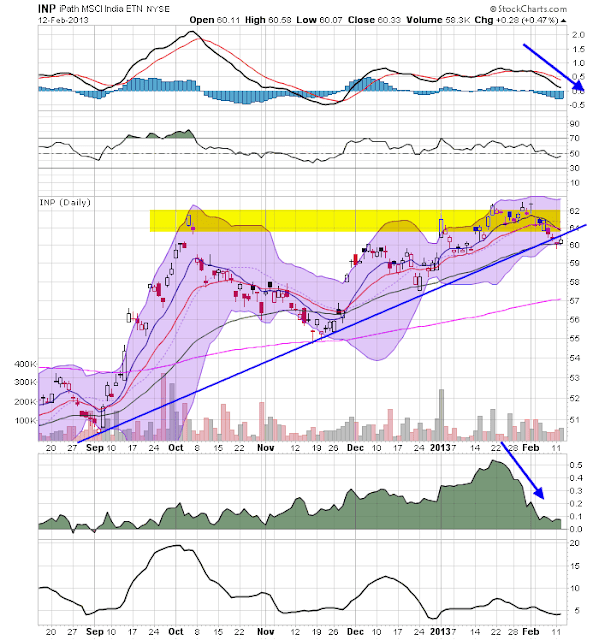 The Indian market couldn't get above resistance at the 62 area, so has started to move lower.  Prices are now below the trend line and are right at the 50 day EMA.  Also note the weakening of the MACD and CMF. 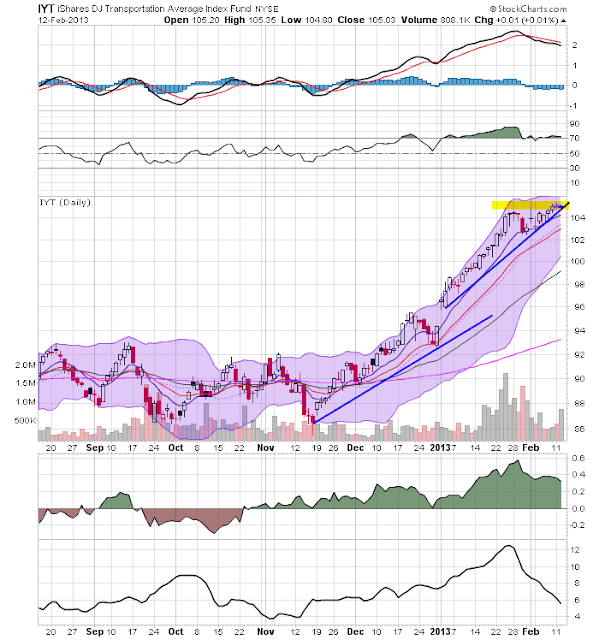 The Transports have spiked since the beginning of the year.  They rallied to near the end of the month in January, sold off a touch and then tried to continue moving higher.  But note the smaller candles as the market has moved higher accompanied by a decrease in the MACD.  Prices seem to have stalled right about the 105 handle.  Finally, yesterday we see a big volume spike with no price follow-through. 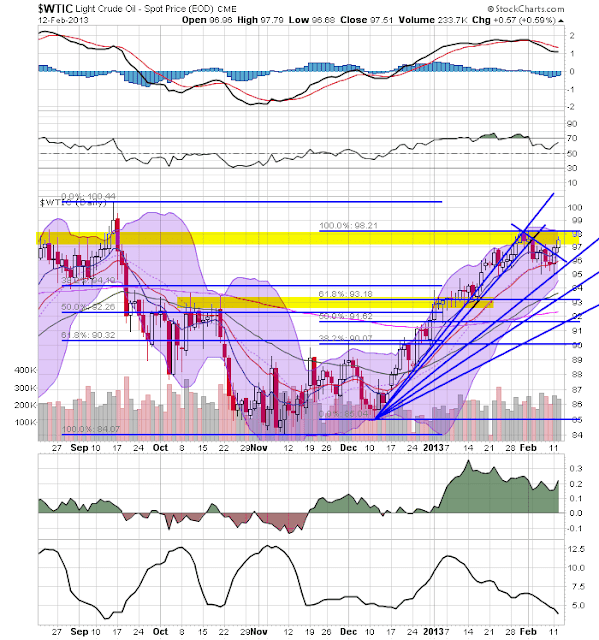 Oil broke trend at the beginning of February, moved lower to the 20 day EMA and has started to move higher over the last two trading sessions.  The 98 price level has a fair amount of resistance for the chart.  Also note the weak MACD reading. 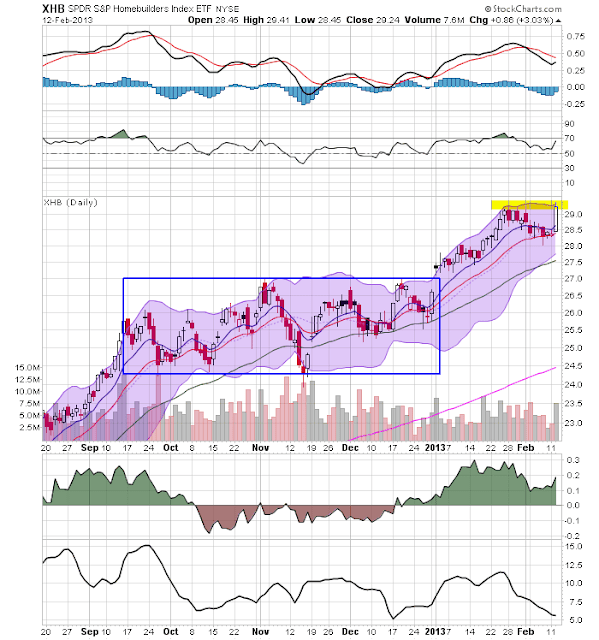 The housing ETF rose through January, sold-off in a disciplined manner at the end of January, but had a really big day yesterday, printing a massive bar on strong volume.

And finally, consider this hypothetical SPY chart from ETF Corner: 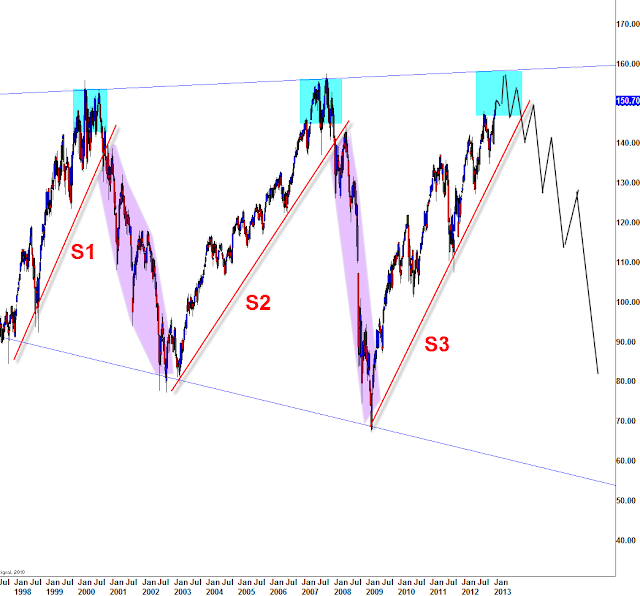