Very briefly, yesterday's price action rallied the long end of the treasury curve about 1%.  However, all this did was to rally prices within a consolidation range.  We saw a general sell-off in Europe as a result of the GDP data.  Finally, gold is still trading in a range, telling us that uncertainty and/or fear of instability isn't spiking. 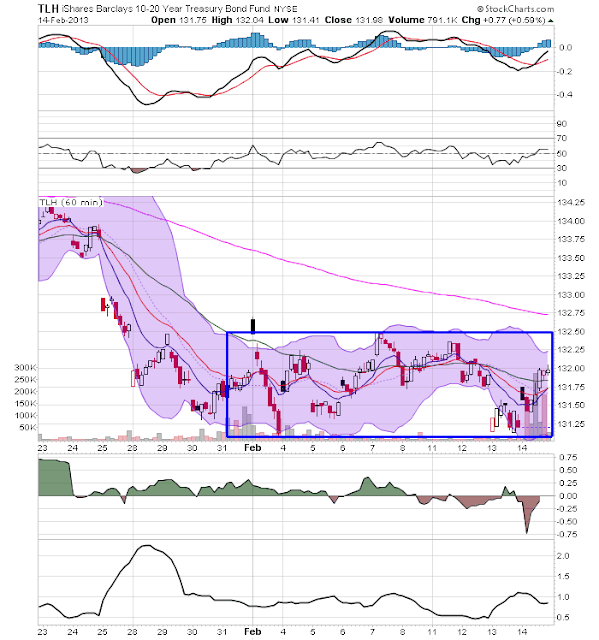 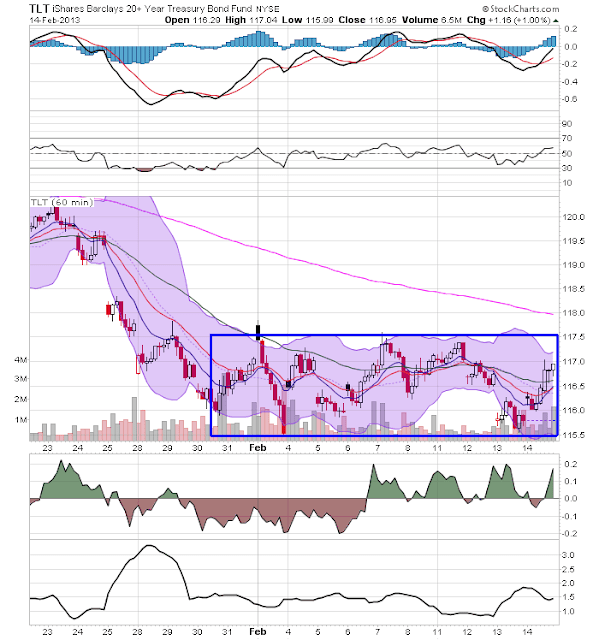 Yesterday, the long end of the treasury curve rallied strongly in reaction to the poor GDP showing from the EU.  Te above 60 minute charts of the TLH (top chart) and TLT (bottom chart) show that both ETFs have been trading in a range for the entire month of February.  Yesterdays gain -- while strong -- wasn't strong enough to break this consolidation. 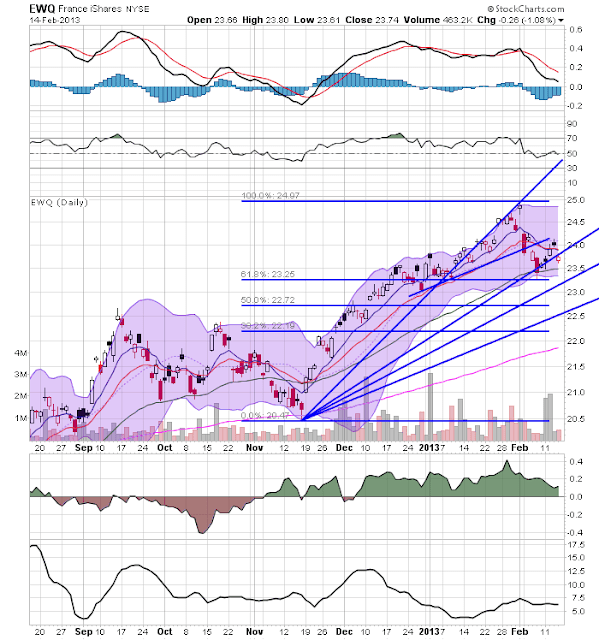 The French market -- whose underlying GDP was poor in the latest EU GDP report -- has fallen below the top Fib fan.  Now the 50 day EMA is the most likely level of support.  This would also put this ETF right about the 61.8% Fib level. 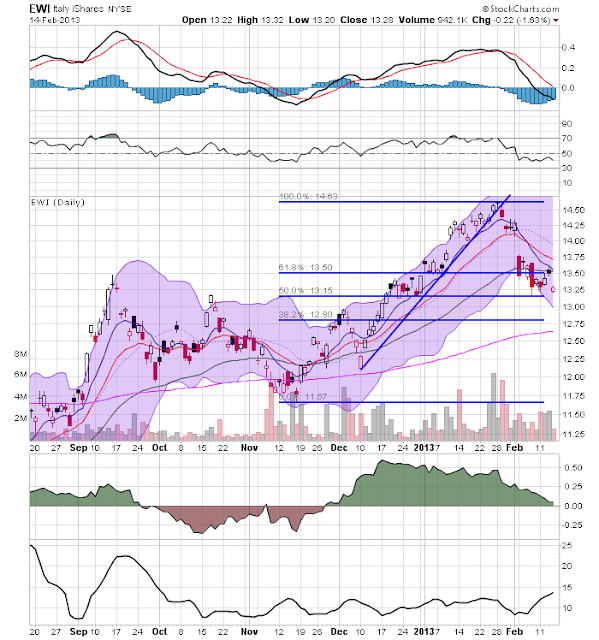 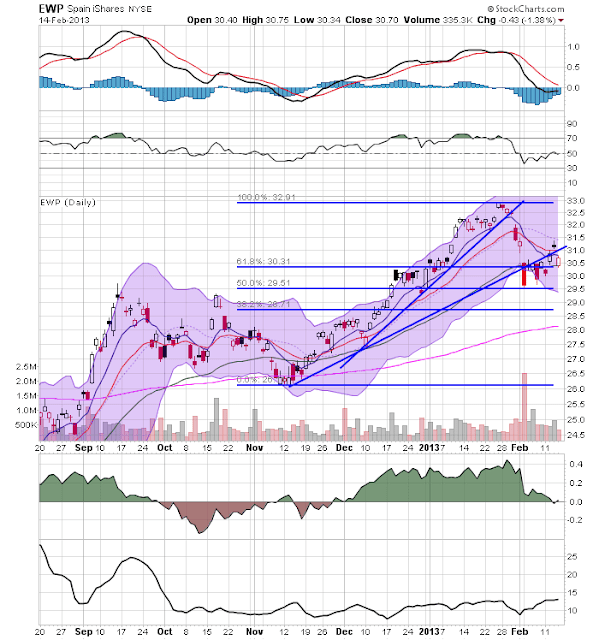 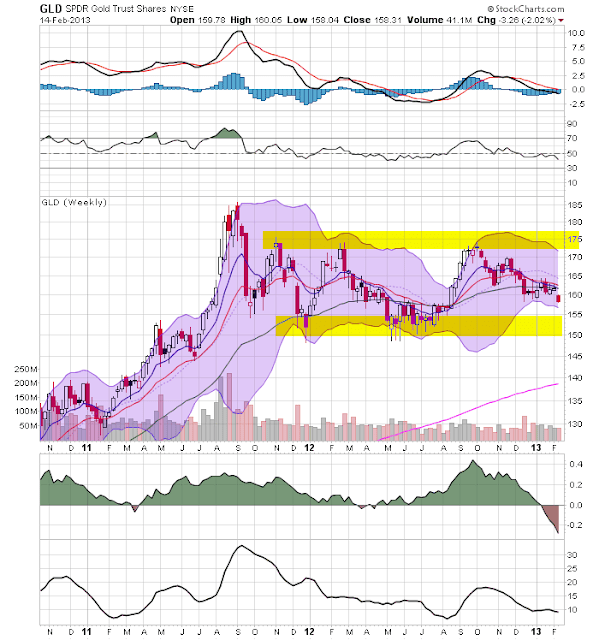 The gold ETF continues to trade between the 150 and 175 level.  This tells us that investors and traders don't see inflation around the corner.  You could also argue that gold is a hedge against uncertainty, so the drop since the end of last summer indicates that traders are less concerned about uncertainty.