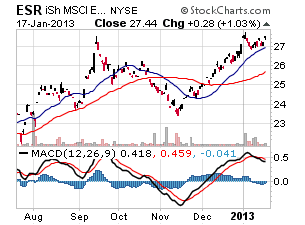 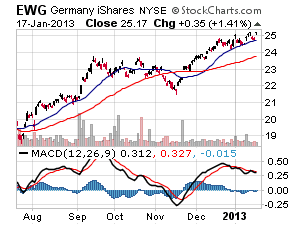 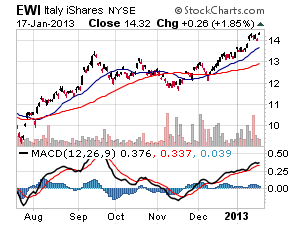 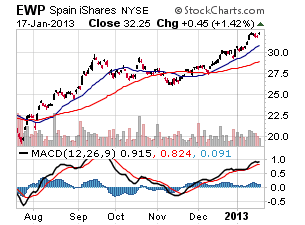 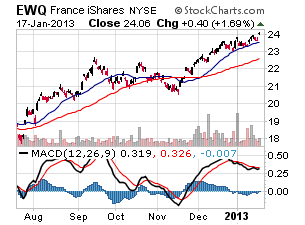 Several weeks ago, I noted that thanks to the ECB stating it would do whatever it takes to prop up the EU economy, the European markets have been rallying.  However, in that post I used weekly charts.  The above charts show that over the last six months, we see the same situation.  There are four charts (ESR, EWG, EWU, EWQ) where the MACD is either moving lower or sideways.  However, in all of these charts also notice that prices are above the 20 day EMA, using it for technical support.  The MACD in these charts indicates the charts are consolidating gains -- at least for now. 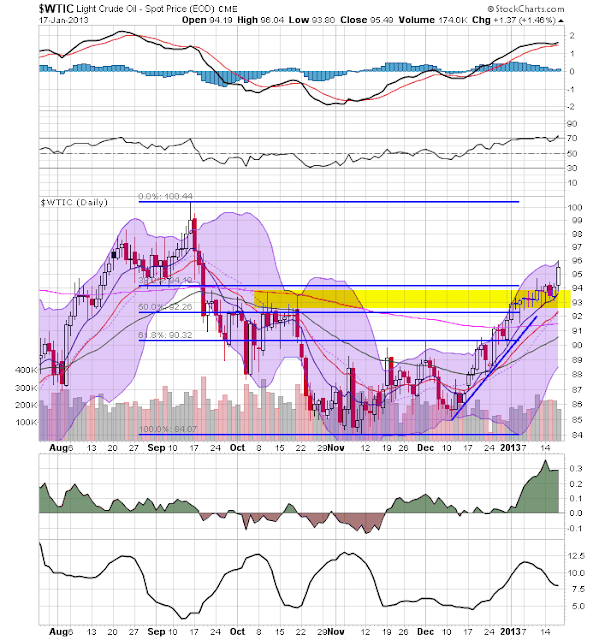 Yesterday, the oil market made a big move higher, moving through key Fibonacci levels.  There is very little technical resistance between current levels and the 100 price level -- an increase of about 4.75% from current levels.  As we begin to think about the summer driving season, a rally of that size could be possible.  However, the US is still amply supplied with oil. 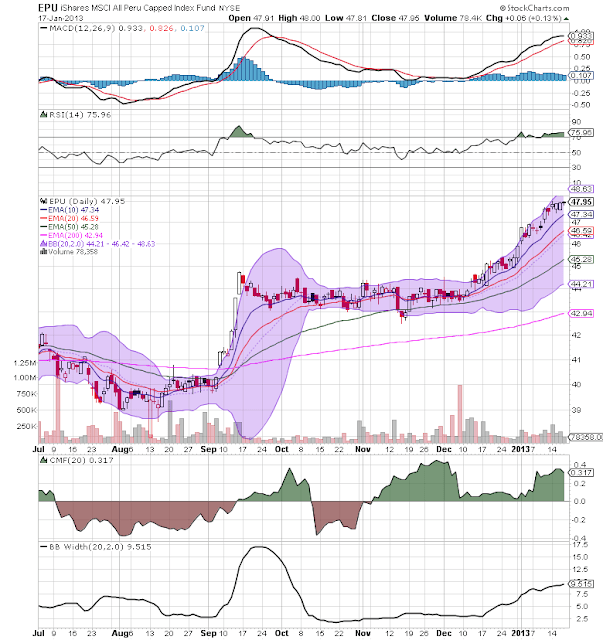 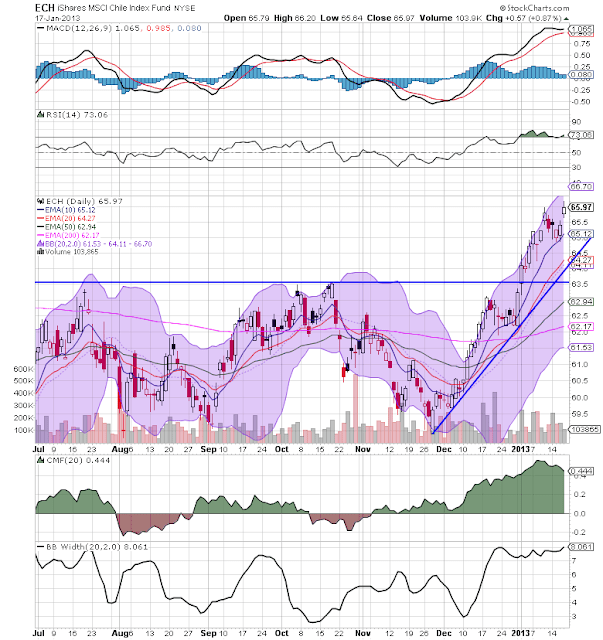 Both the Peruvian market (top chart) and Chilean market (bottom chart) have made strong advances since the beginning of December.  Peru's market established a very nice long technical base from the months September through December, trading in a very narrow range.  Since breaking free from this base, the market has rallied nearly 9%.  While Chile's market was more volatile over this period it has, it has risen from a low of about 58 to 65.97 -- an advance of nearly 14%.