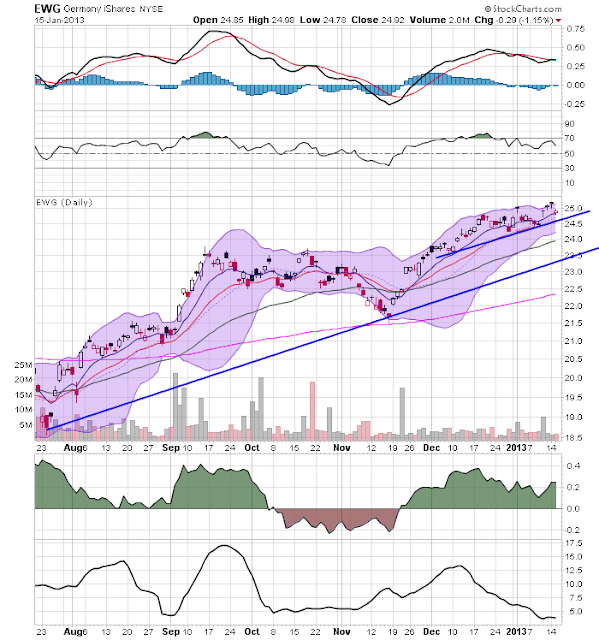 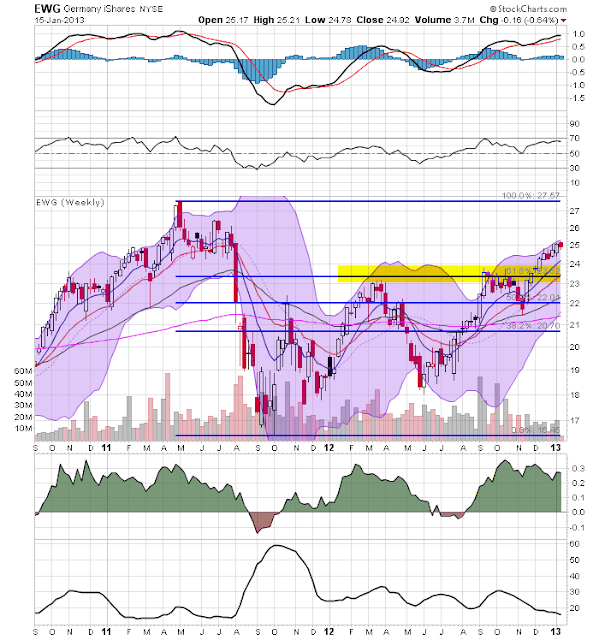 Yesterday, Germany announced a negative GDP rate for the fourth quarter.  The market appeared to take the announcement in stride.  The top chart shows no meaningful daily movement, with the market will firmly in an uptrend.  The weekly chart shows that prices have moved through Fibonacci resistance and have a fair amount of technical room to run.  In general, the underlying technicals are strong, with the exception of the top chart's MACD. 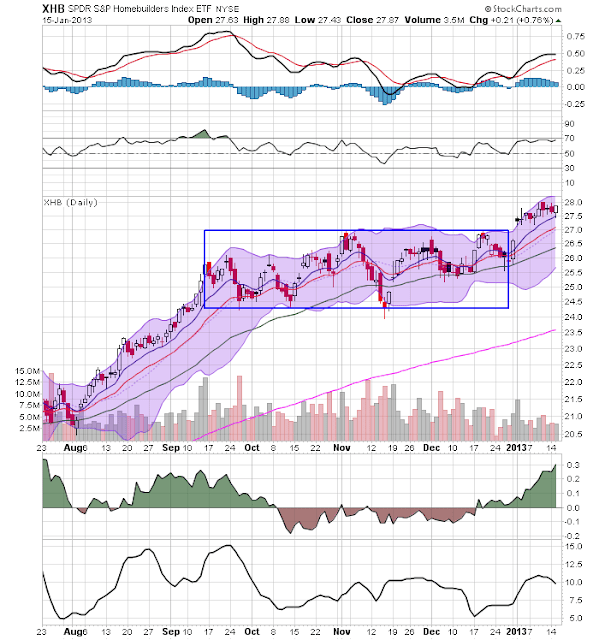 After consolidating from mid-September to the end of December, the homebuilding ETF broke through resistance at the beginning of the year and moved higher.  However, the rally appears to have stalled around the 27.5/28 price level, with prices moving sideways for the last week or so.  The underlying technicals remain very strong, so this could simply be a period of consolidation. 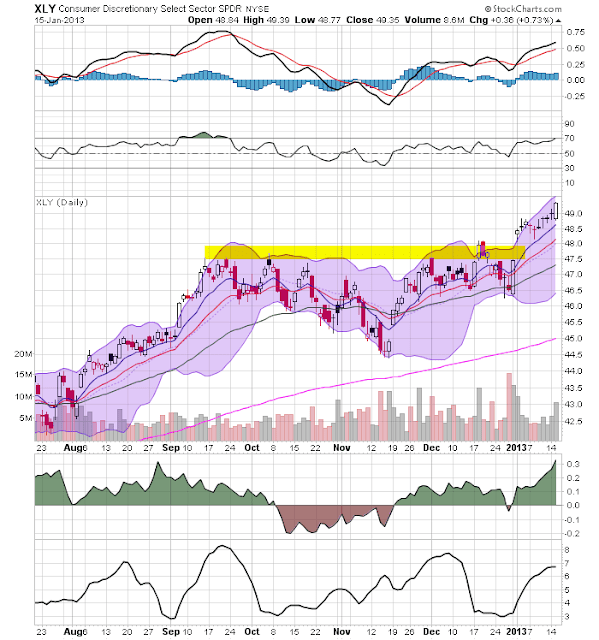 The consumer discretionary sector -- like other sectors of the US market -- broke out at the beginning of the year, but has since been moving sideways.  Yesterday's retail sales number helped to boost this sector with a big candle on decent volume.  The underlying technicals remain strong as well. 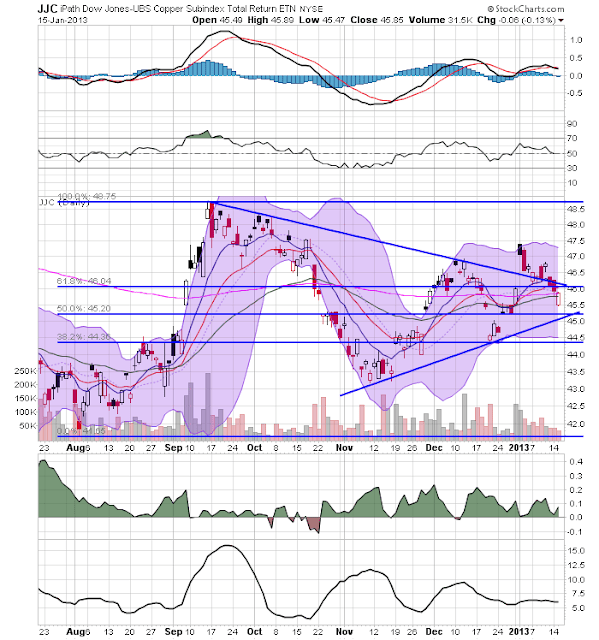 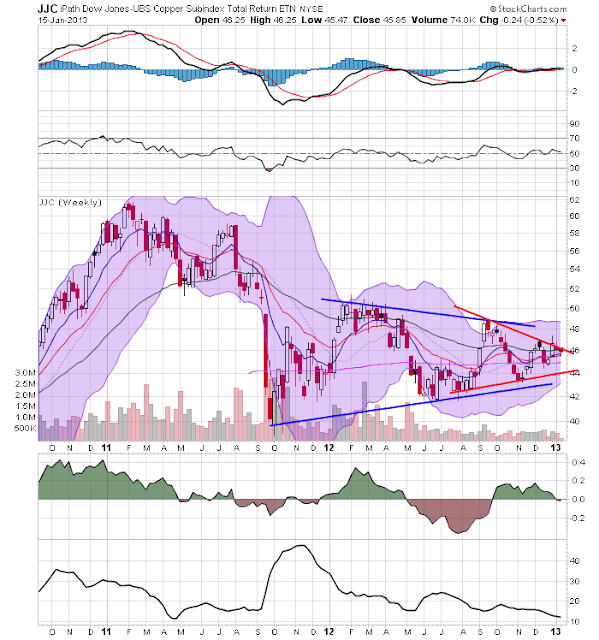