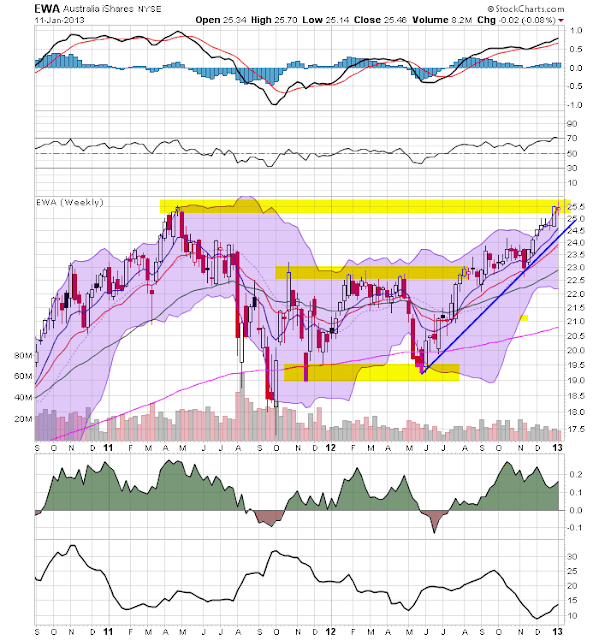 The Australian ETF spent about nine months trading between the 19 and 23 price level.  Prices broke through upside resistance at the end of the summer and have been rallying since.  They are now near multi-year highs.  Also notice the strong EMA, MACD and CMF reading, supporting the idea for a continued move higher. 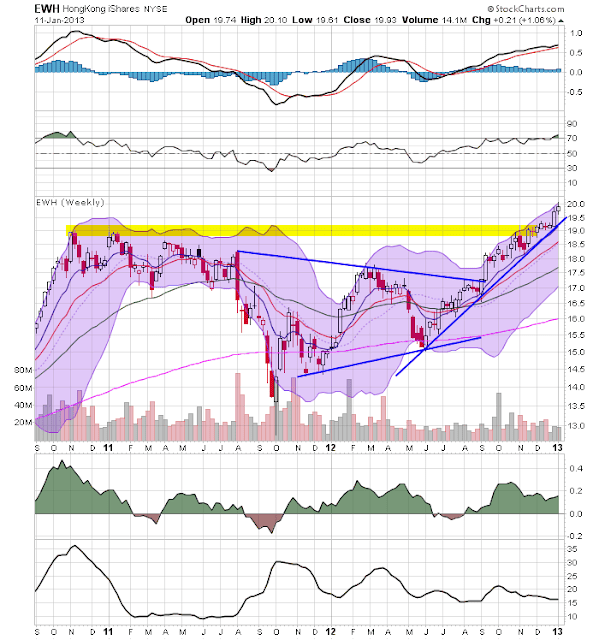 The Hong Kong market spent about a year consolidating in a symmetrical triangle pattern.  But starting in May, the market started to rally, moving through the upper triangle band at the beginning of the summer.  Prices have continued their rally and are now at multi year highs.  Also note the strong supporting technical readings from the MACD, CMF and EMAs. 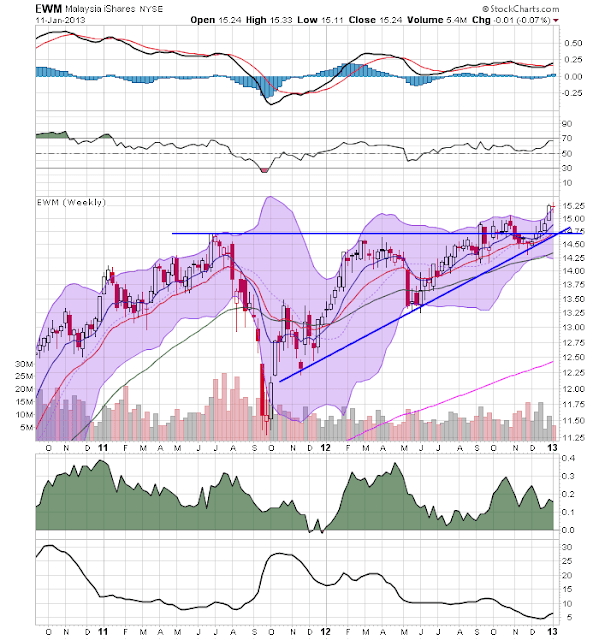 The Malaysian market spent about a year and a half forming a rising triangle pattern.  Prices tried to break through resistance at the end of last summer, but couldn't quite keep up the momentum.  But over the last few weeks, we see a strong move higher.  Unlike the examples above, the underlying technicals aren't as strong on this chart.  The MACD is flat.  But we do have a decent reading from the CMF and EMAs. 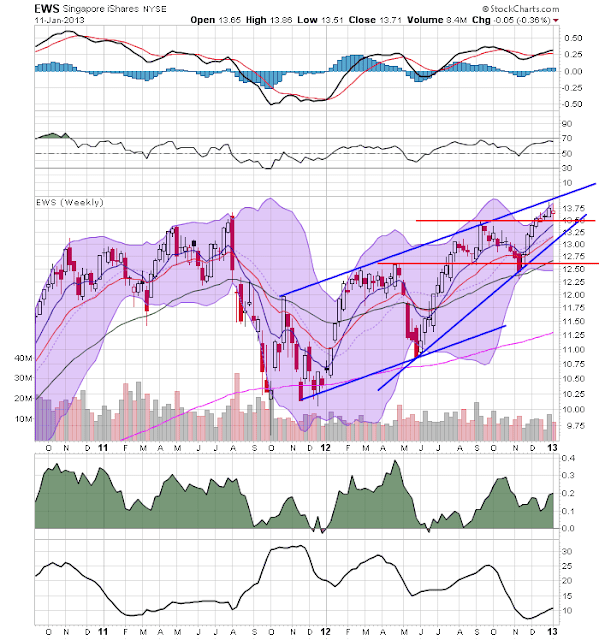 The Singapore ETF is in the middle of an upward sloping channel, with prices near multi-year highs.  Like the Malaysian market, the MACD reading is a bit weak, but we do see a good reading from the CMF and EMAs. 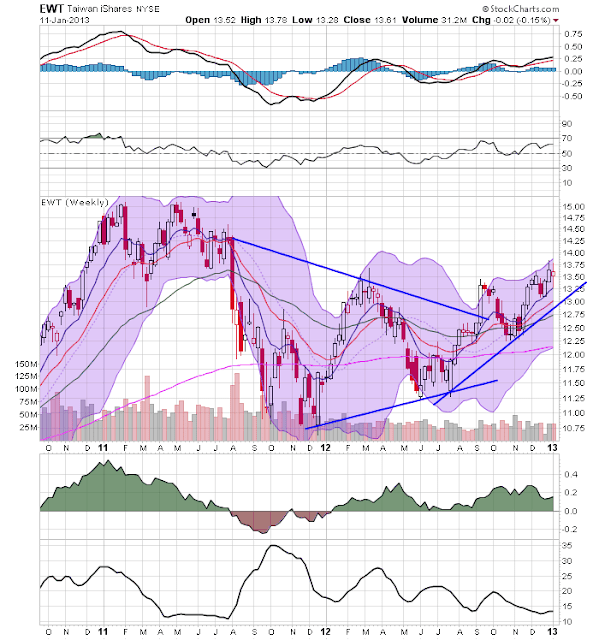 The Taiwanese ETF spent about a year consolidating in a symmetrical triangle pattern.  Prices broke through upside resistance at the end of last summer and have continued to move higher.  The MACD reading could be stronger, but there is also positive support from the EMAs and CMF. 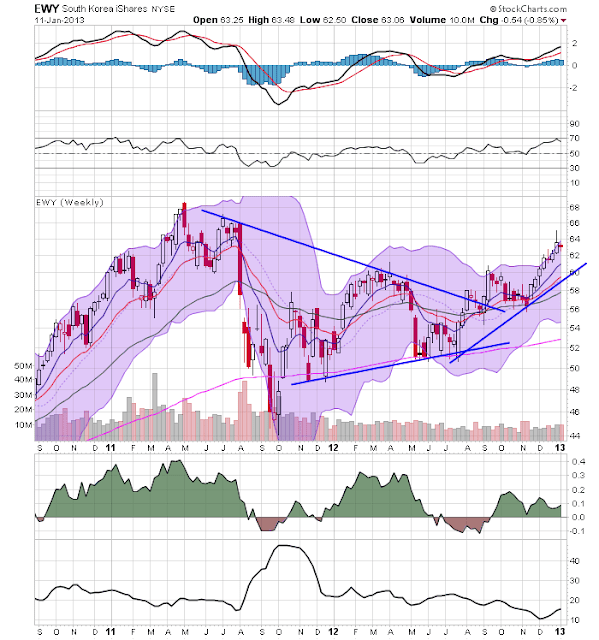 The South Korean market also spent a year consolidating in a triangle pattern.  But, like the Taiwanese market, prices broke through resistance early last fall and have continued to move higher since.