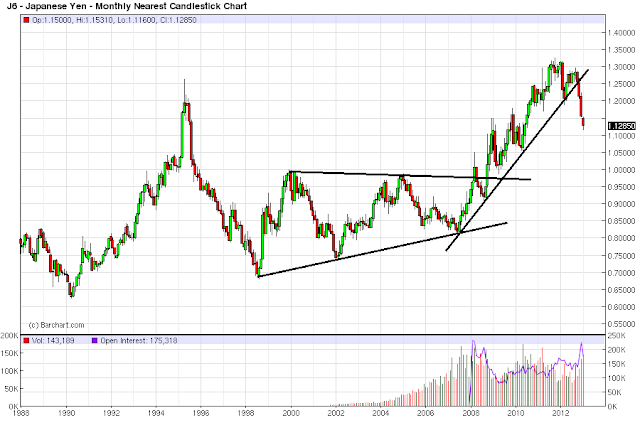 But most importantly, the yen had a strong rally starting with the financial crisis and continuing until the fall of last year.  Overall, this rally represents an increase relative to the dollar of ~60%.  This rally also belies several standard thought process that would indicate a massive debt/GDP ratio (Japan's is now over 200%) and incredibly easy monetary policy would lead to a large drop in the yen's value.  Instead, Japan's political stability has led investor's to view the island as a safe haven in a time of extreme danger.