Are We In For Another Year of Drought And Spiking Crop Prices? 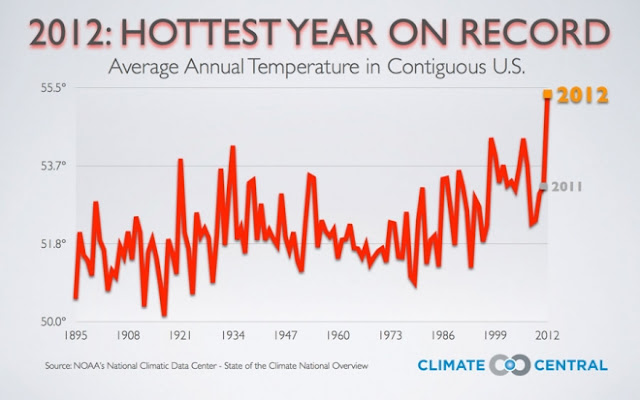 Also consider this chart of the US drought monitor:

Now, consider the these increased temperatures in conjunction with these lowered crop estimates:

Domestic corn ending stocks are expected to be 602 million bushels, compared to 647 million last month and 989 million last year, due to an increased feed and residual use guess cancelling out a larger crop estimate and a lowered export projection. Before the report, the average guess was 667 million bushels, in a range of 489 million to 764 million. The average farm price is estimated at $6.80 to $8.00 per bushel, unchanged from December.

U.S. soybean ending stocks came out at 135 million bushels, up from the 130 million in December but down from the 169 million from this time last year. Analysts’ projections ran from 107 million to 178 million bushels, for an average of 135 million. That’s with USDA raising last year’s production total, cancelling out increased expectations for crush and residual use. The average farm price is estimated at $13.50 to $15.00 per bushel, compared to December’s range of $13.55 to $15.55.

Finally, let's place all of this data in context by looking at some long (25 year) price charts. 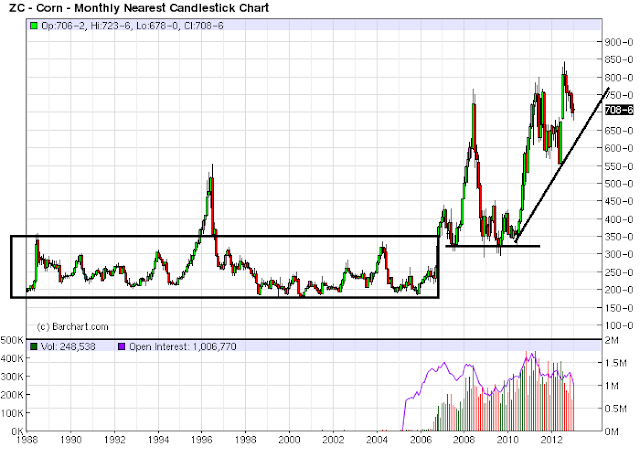 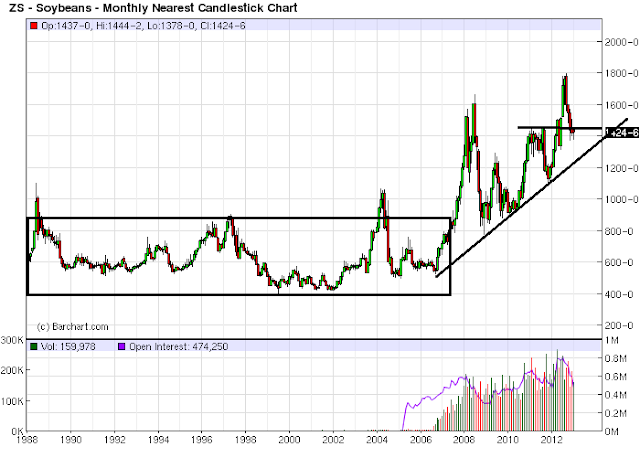 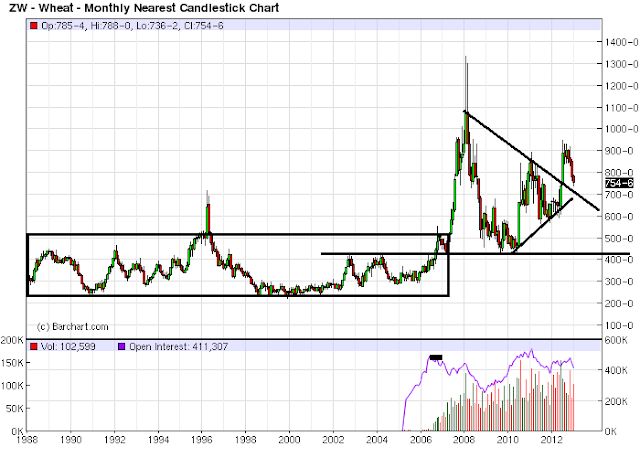 Like corn and soy beans, wheat spent nearly 20 years trading in a disciplined level -- roughly 2.00-5.00 a bushel.  Prices consolidated in a symmetrical triangle between 2006 and 2012.  They broke through upside resistance during last year's drought.  Prices have moved lower, but they are still above the top symmetrical triangle trend line.

This year could be another roller coaster ride for crop prices.