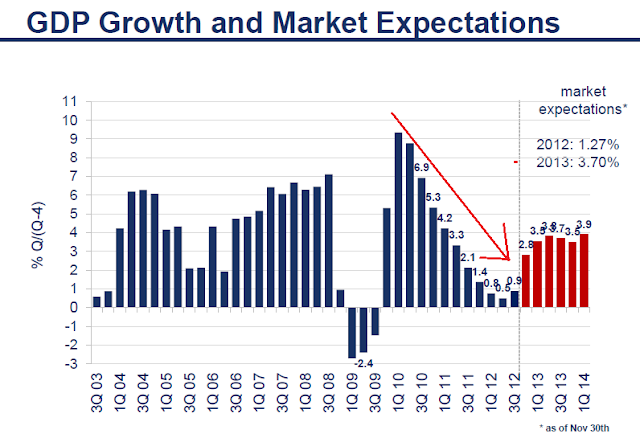 The chart above shows that Brazilian GDP growth is clearly declining.  While the GDP projections are encouraging, it could also be argued they are a bit unrealistic given the GDP trend over the last three years.

In this period of declining growth, one would expect the Central Bank to lower interest rates thereby encouraging growth.  And that is what they have done: 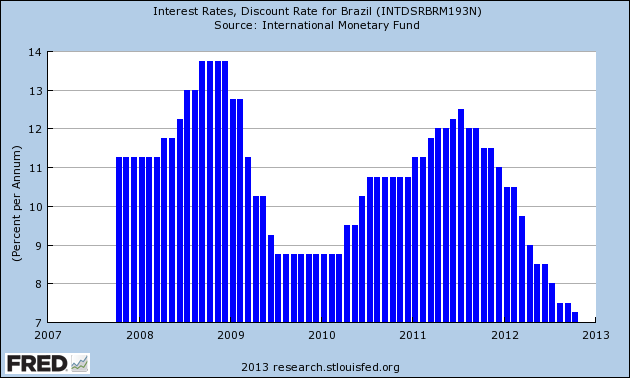 However, Brazil may also have an inflation problem.  Consider this chart: 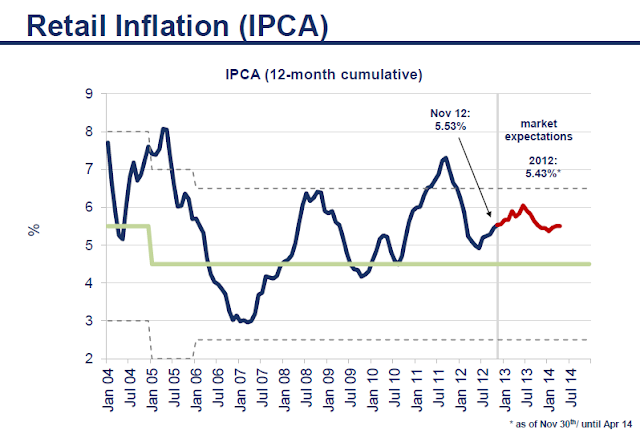 Overall inflation dropped from over 7% in July of 2011 to about 5% in July of 2102.  However, since then it has been increasing, and is currently at 5.53%.  This is at the upper end of the central banks inflation tolerance range:


Brazilian consumer prices ended 2012 near the top of the central bank’s target range for the third year running, prompting concern from economists that the country is stuck in a phase of low growth and high inflation.

Brazilian inflation in December was 5.84 per cent against a year earlier – well above the middle of the central bank’s target zone of 4.5 per cent plus or minus two percentage points – despite economic growth last year that was estimated to have been only about 1 per cent.