Is Manufacturing Getting Ready to Save Us Again?

One of the primary economic drivers that pulled the US out of the recession was manufacturing.  While this sector has slowed over the last 6 months, it may be getting ready to make a comeback. 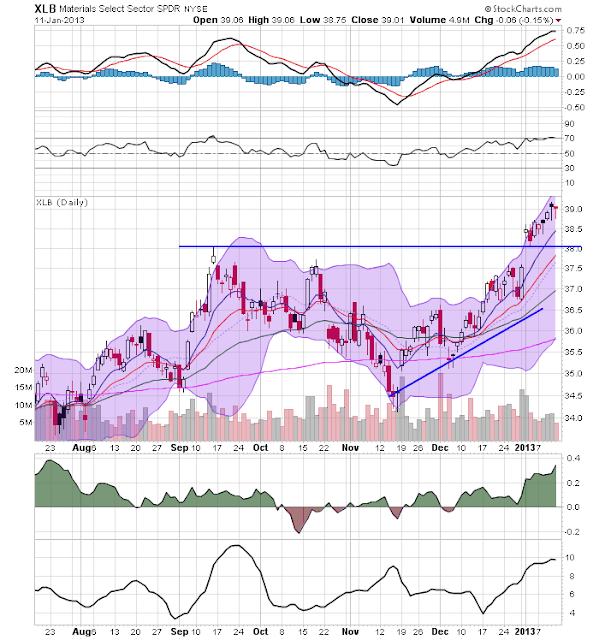 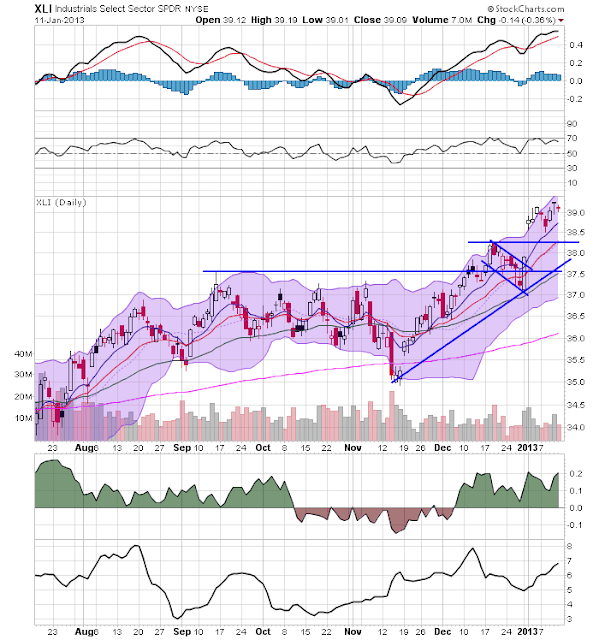 In addition, consider the following from the latest ISM report:

"The PMI™ registered 50.7 percent, an increase of 1.2 percentage points from November's reading of 49.5 percent, indicating expansion in manufacturing for only the third time in the last seven months. This month's PMI™ reading moved manufacturing off its low point for 2012 in November. The New Orders Index remained at 50.3 percent, the same rate as in November, indicating growth in new orders for the fourth consecutive month. The Production Index registered 52.6 percent, a decrease of 1.1 percentage points, indicating growth in production for the third consecutive month. The Employment Index registered 52.7 percent, an increase of 4.3 percentage points, indicating a resumption of growth in employment following only one month of contraction since September 2009. Both the Exports and Imports Indexes registered 51.5 percent, returning both indexes to growth territory following consecutive periods of contraction of six and four months, respectively. Comments from the panel this month are mixed, with some indicating a strengthening of demand and others indicating a continuing softness in demand. Additionally, many respondents express uncertainty about government regulations, taxes and global economics in general as we approach 2013."

While manufacturing has been weak for the last 7 months, internal readings from the latest report may indicate the sector is moving back into expansion.  New orders have grown for four consecutive months and production has increased for the last three months.  However, the internals of these two indicators show that only 5 of 15 industries were growing.

Here is a chart of the overall ISM reading: 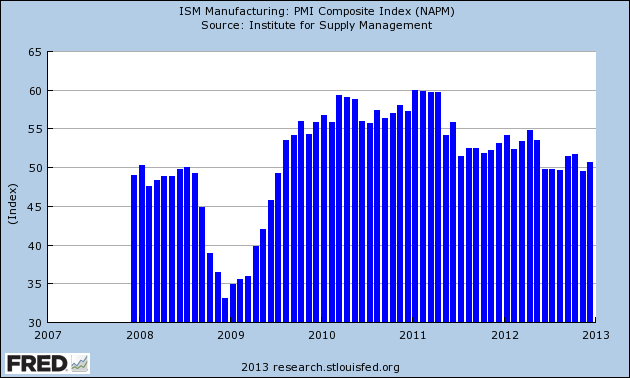 In comparison to the ISM number, consider the Markit manufacturing reading:

The final Markit U.S. Manufacturing Purchasing Managers’ Index™ (PMI™)1 was 54.0 in December, down slightly from the flash estimate of 54.2, and signalled a further expansion of the U.S. manufacturing sector. Moreover, up from 52.8 in November, the headline PMI indicated the strongest rate of growth since May.

In addition, consider these two tables: 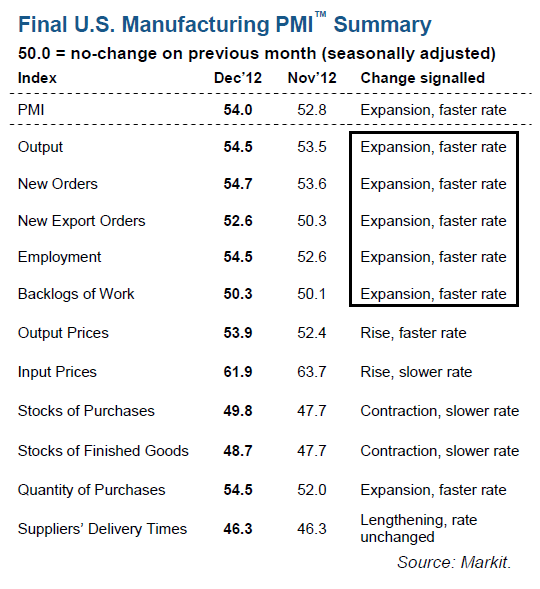 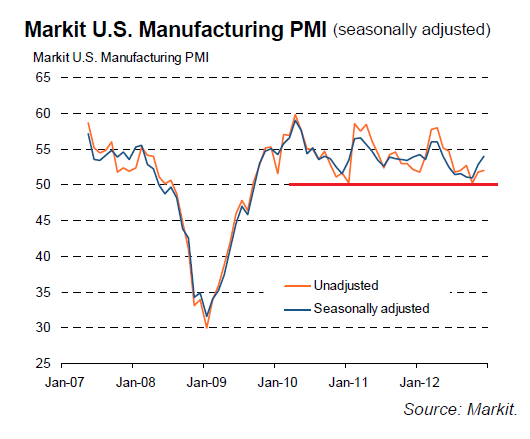 Unlike the ISM number, the Markit number never showed contraction.  Instead, the index approached contraction but has rebounded over the last few months.

I think the real issue here is the importance of China potentially coming out of its slow period and the overall effect that will have on worldwide manufacturing and raw materials.  Over the last month, the Chinese market has rallied strongly from a bottom as indicators have pointed to renewed economic strength.  Ultimately, they are the only economy that has the potential right now to drive world wide growth.
Posted by Unknown at 12:00:00 PM