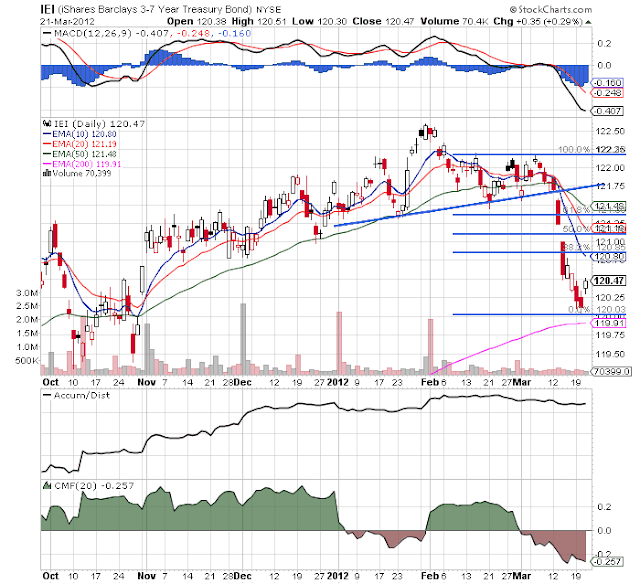 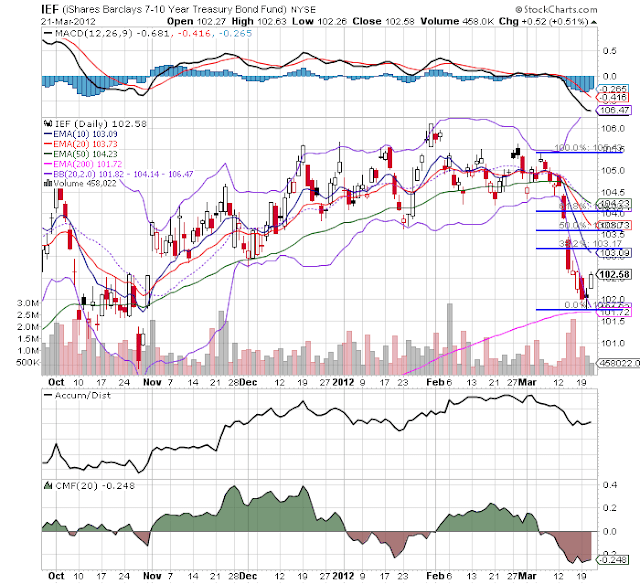 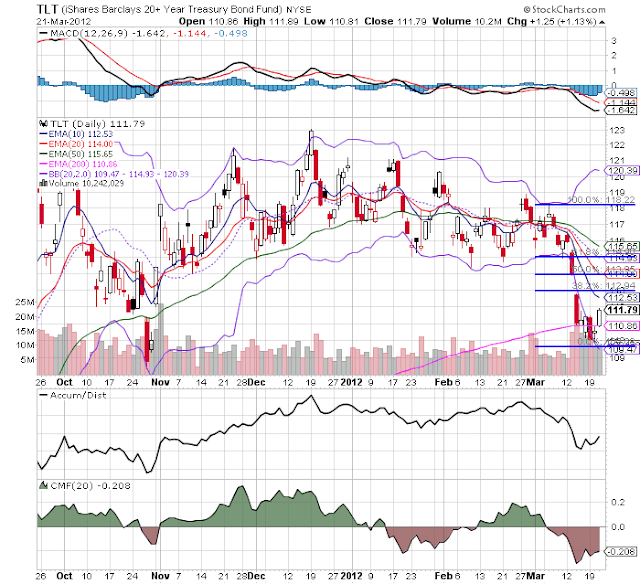 Let's start with the treasury market, where we've seen a sell-off across the curve.  From a technical perspective, what's important with these charts is the degree of overall technical damage.  All the shorter EMAs are now moving lower; the MACD's are negative, money is flowing out and the Bollinger bands are widening, indicating increased trading volatility.  Expect a rebound into the respective Fib level of the 10 day EMA as a rebound trade, followed by either a technical consolidation or more lower.

Yesterday, I noted the Chinese market should be cause for concern.  Let's look at two other developing markets. 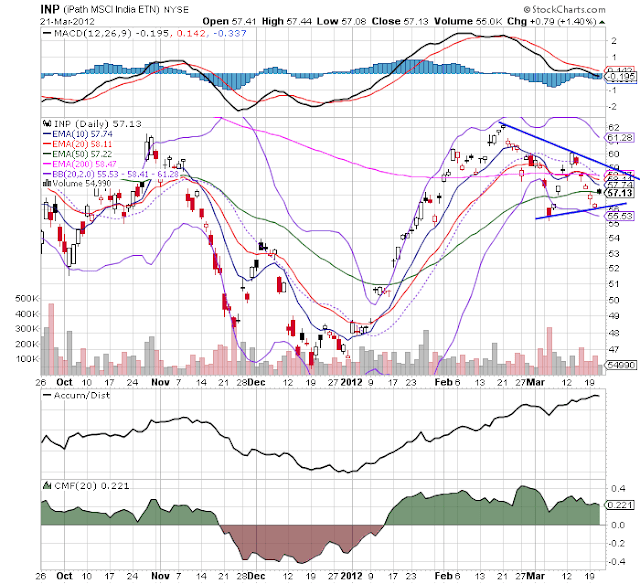 The Indian market is consolidating, and has been since the end of February.  On the good side, we see in increased volume flow.  However, the shorter EMAs are negative and the MACD is declining.  Also note the prices are consolidating around the 200 day EMA, which is the delineation between bull and bear market. 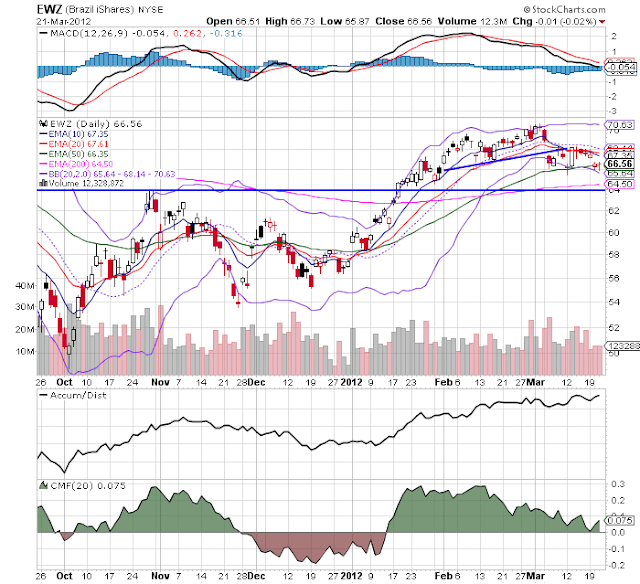 The Brazilian market has broken through resistance, but its overall momentum has stalled.  Prices are drifitng lower, although their move lower is very disciplined. 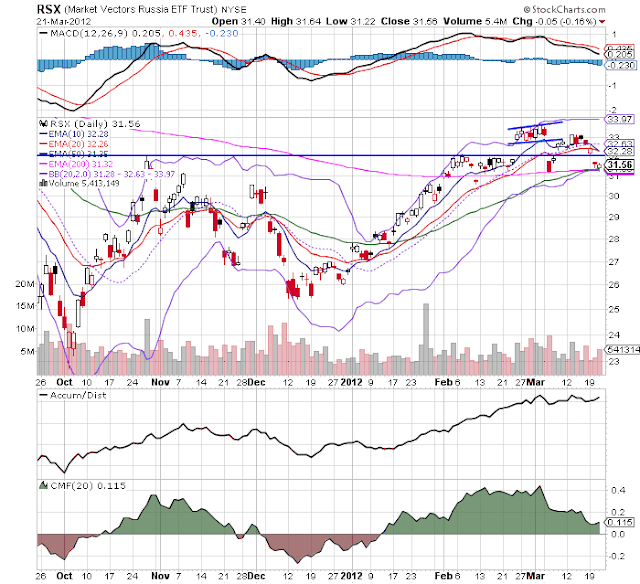 The Russian market is very similar to the Brazilian market.  It's broken through resistance, by is now consolidating right around the 200 day EMA.