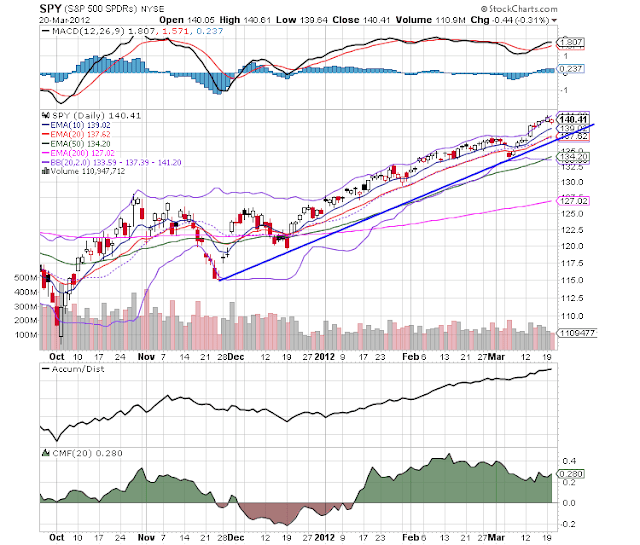 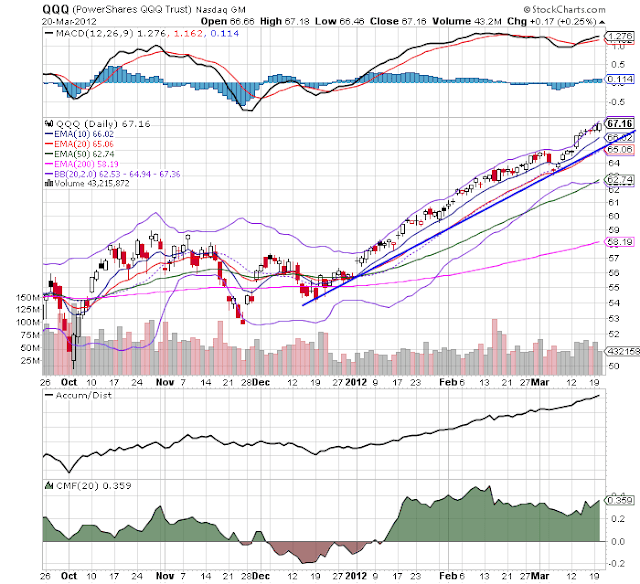 Both the SPYs and QQQs are in an uptrend.  Both have rising A/Ds and CMFs, and both have an MACD that has given a buy signal. 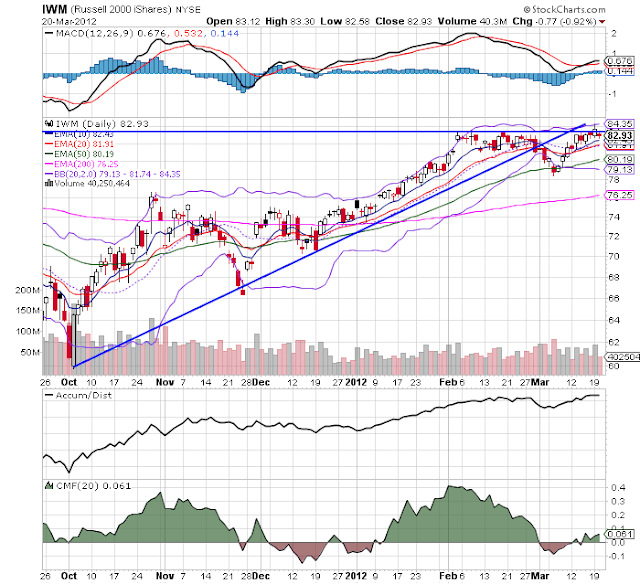 The IWMs, however, have not confirmed the rally -- at least not yet. Copper is still trading around the 200 day EMA, with little help from the EMAs in terms of direction.  However, we do see an increase in volume inflows since the end of January. 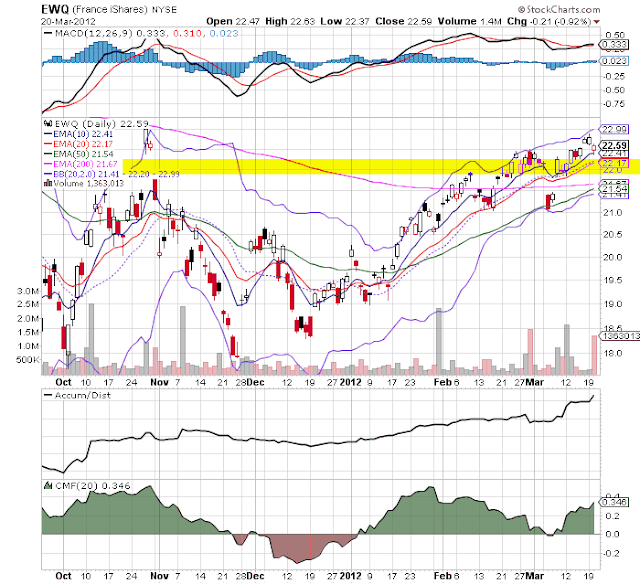 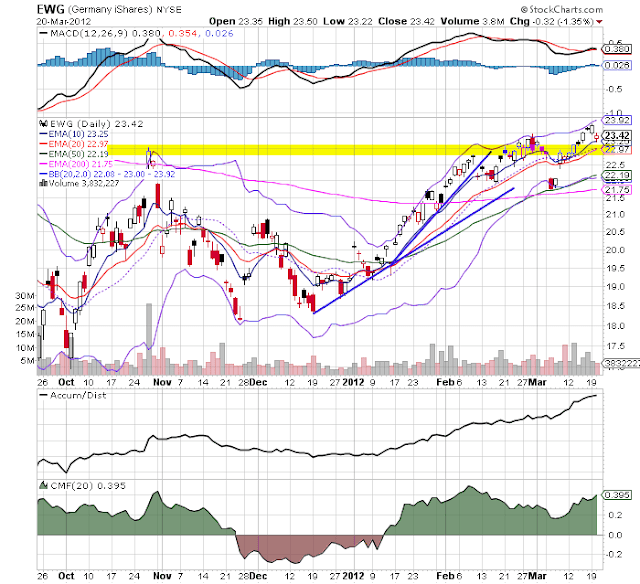 Both the French and the German markets have broken through resistance.  Yesterday's action took both down to their respective 10 day EMAs.  Both also have rising volume.  While the respective MACDs have or are about to give a buy signal, momentum has been dropping since the beginning of February. 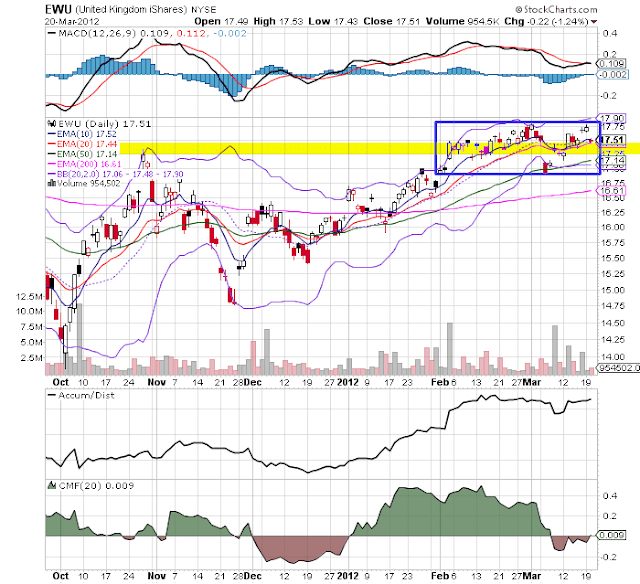 The UK market, however is trading more in a sideways pattern, although it too have broken through resistance.  However, the volume indicators are less bullish; the CMF is in fact negative

However -- the real story is the Chinese market: 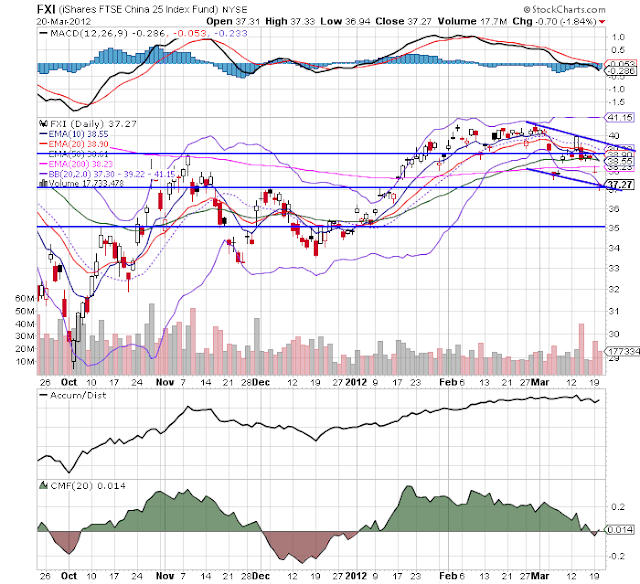 Although prices broke through early November highs, they couldn't get much higher.  For the last month, they've been drifting lower.  While we haven't seen anything like a crash, we are seeing a downward drift, right around the 200 day EMA.  Also note the declining momentum and CMF.