Yesterday, I noted that the BRIC countries are slowing down.  This has been caused by high inflation, which in turn has forced central banks to raise interest rates, thereby slowing each respective economy. Now I want to turn to the currency markets to show the overall impact of this situation.  Several countries are natural exporters: Australia provides raw materials for China, Brazil also provides raw materials, and Canada is a natural exporter. 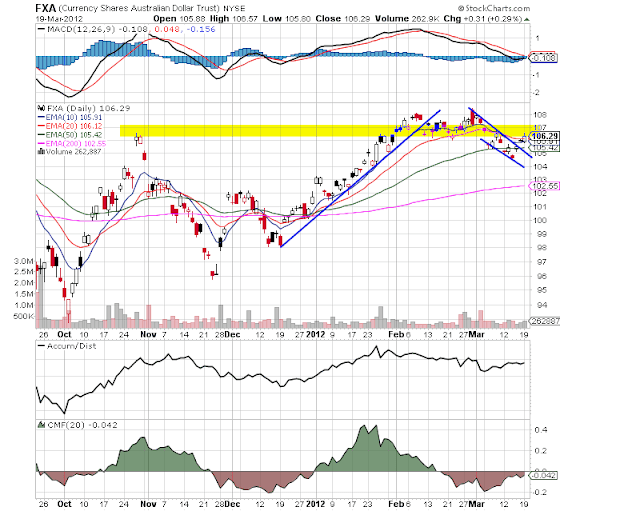 The Australian dollar broke through resistance established in late October, but couldn't close the deal.  Instead, prices dropped to just below the 20 day EMA.  Now, they have broken the upper channel line of that move.  The MACD is about to give a buy signal, however. 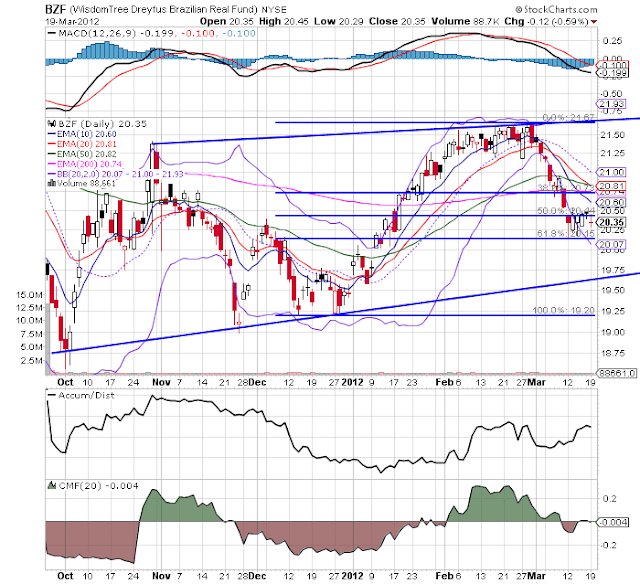 The Brazilian Real (which is itself of BRIC country) has taken the sharpest move lower.  After hitting a 6-month high in February, prices have dropped to the 61.8% Fibonacci level. 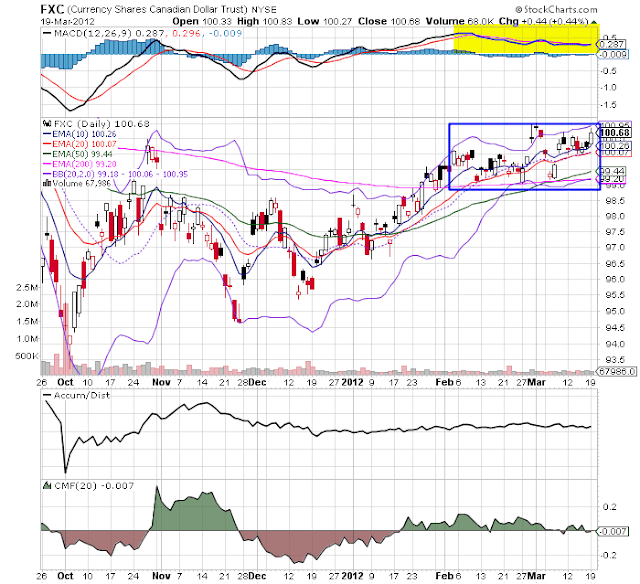 The Canadian dollar was rallying until the beginning of February.  Since then, it has traded in a sideways patter.  Prices are near highs, however.

The real is the most bearish chart; the Australian and Canadian dollar charts could just as easily be pauses in a rally.  However, taken as a group, they signal that currency traders are concerned about something.