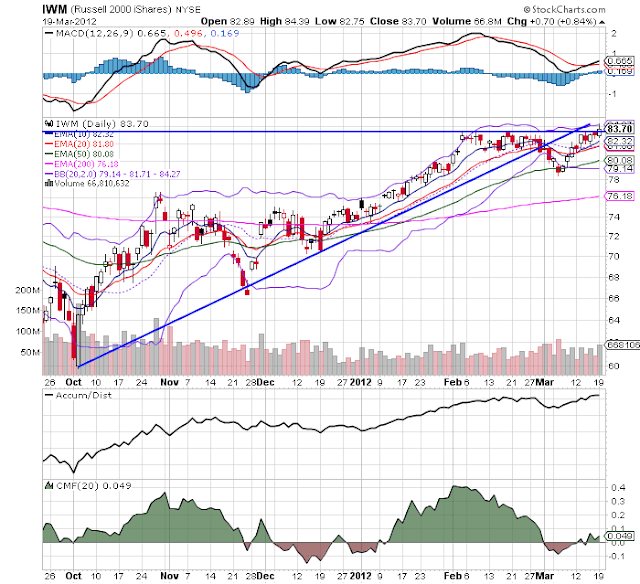 The IWMs -- which represent the Russell 2000 - are still at resistance.  To make this a real, overall breakout, we need to see the risk oriented average move higher.  All technical indicators are that it will; we're just not there yet. 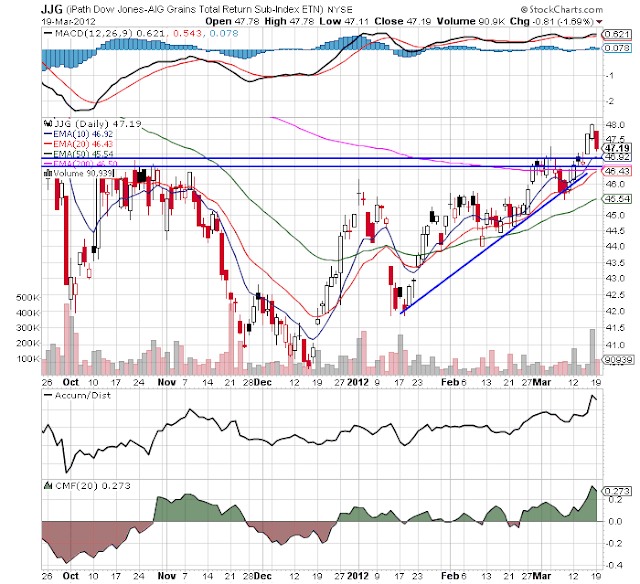 Grains have been in an upward trend since the middle of January. Prices have broken through key resistance areas established in mid-October.  In addition, the EMAs are all positive as are the A/D and CMF.  The MACD, however, is neutral.  (I'll have more on agricultural prices later today). 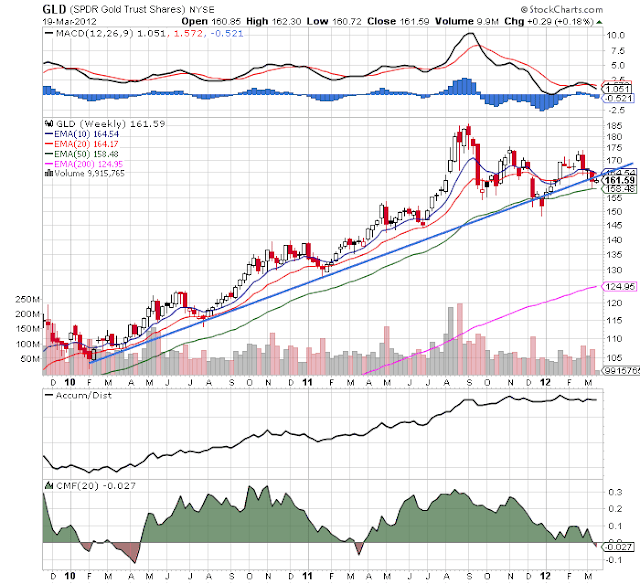 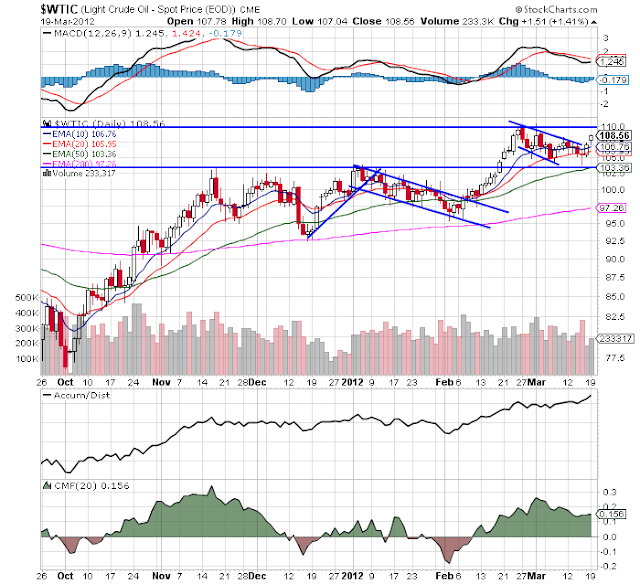 Oil has moved through short-term resistance just below the 107 handle, and is now approached resistance from late February.  All other indicators are neutral to bullish. 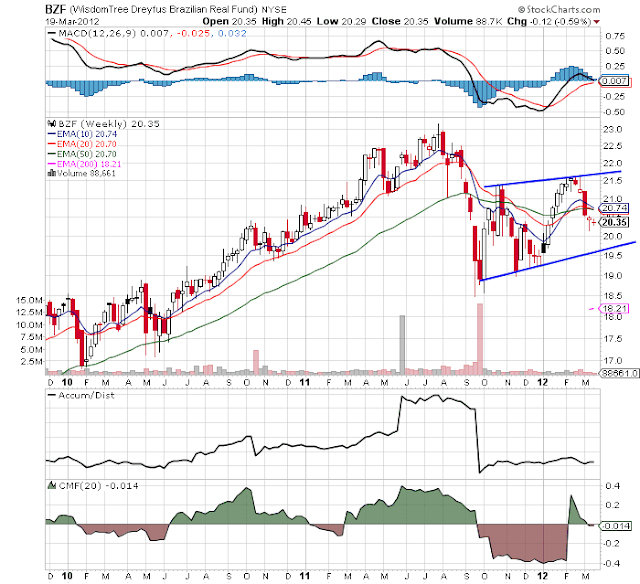 The Brazilian real is in a slightly upward sloping consolidation pattern.  The shorter EMAs are in a tight cluster, while the MACD is about to give a sell signal.  Brazil was the recipient of hot money inflows last year, as low interest rates in the US and Japan led to borrowing in those countries, followed by investment in Brazil at their higher interest rates.  However, slower growth has lowered the real's investment appeal. 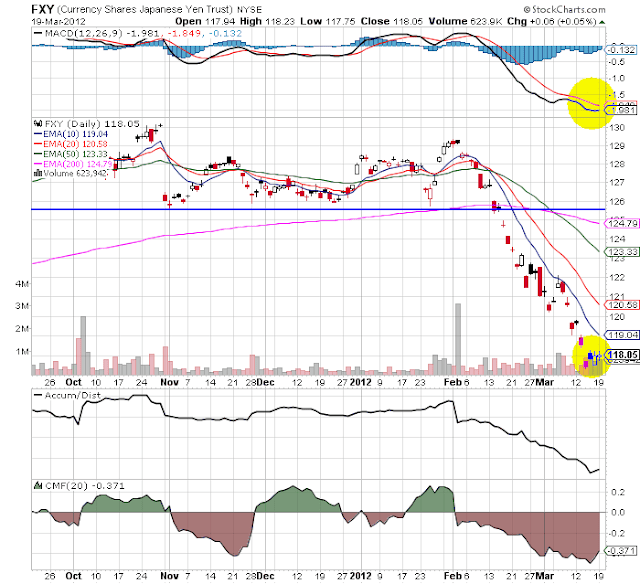 The Japanese yen has dropped sharply over the last month, as it became apparent that the Bank of Japan would tolerate a higher inflation rate, in addition to more quantitative easing on their part.  However, prices have clustered around the 118 area, while the MACD is about to give a buy signal.  My guess is we'll soon see a rebound into one of the EMAs as traders start buying on the rebound.
Posted by Unknown at 6:00:00 AM