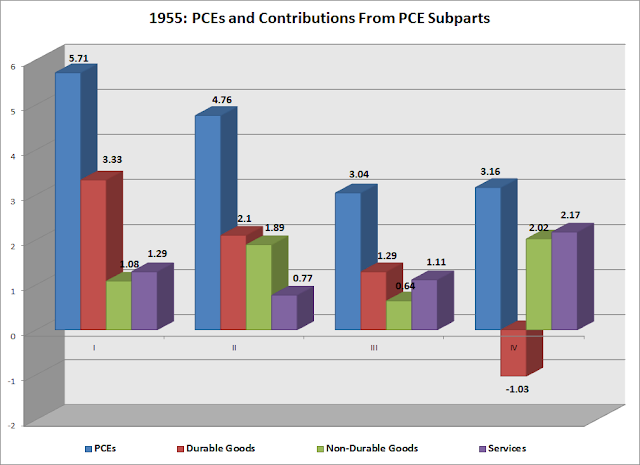 The chart above shows the percentage contributions that PCEs contributed to GDP growth and the contribution of various PCE sub-categories to overall growth.  Notice the large increase in durables in the first two quarters of the year.  This number decreased a bit in the third quarter and went negative in the fourth.  Non-durables contributed in the second and fourth quarters while services picked-up in the third and fourth.

The above chart shows the importance of pent-up consumer demand.  As the US moved into the heart of the 1950s expansions, jobs were plentiful, leading  to more income.  This in turn led to people buying more things.  The table below really shows the growth: 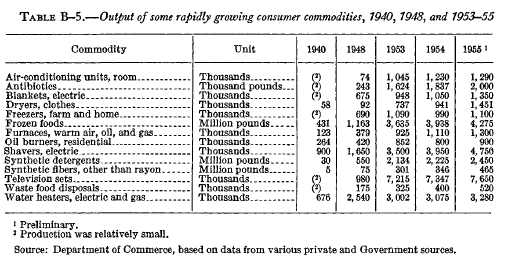 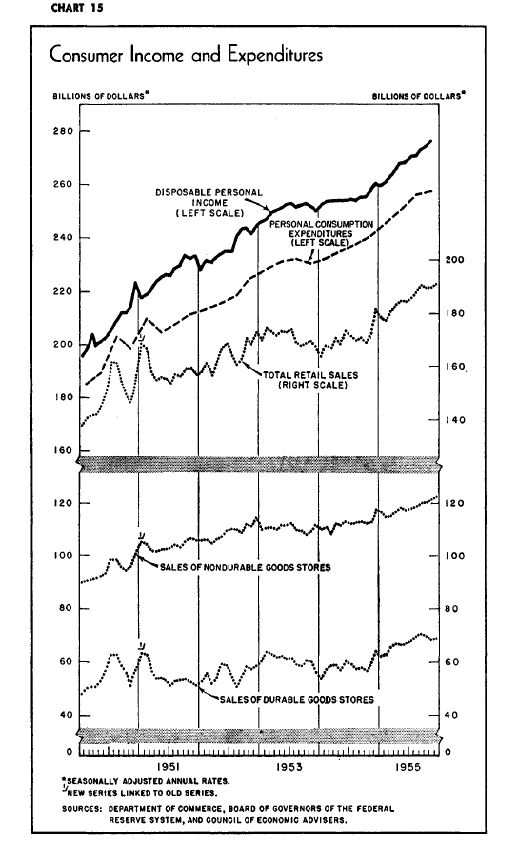 The above chart shows the relationship between disposable personal income and PCEs.  DPI increased strongly in the year, largely thanks to collective bargaining agreements with various unions throughout the year. The low rate of unemployment also helped.  From the Economic Report to the President, 1955: 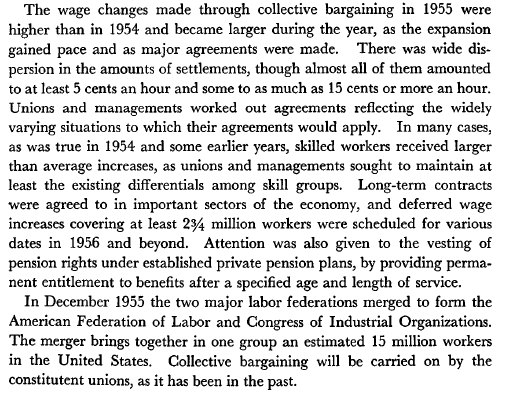 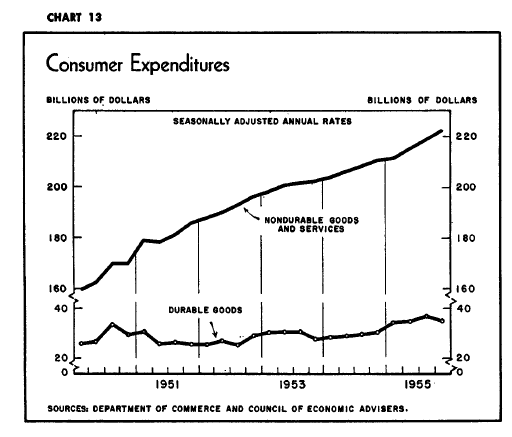 Notice the durables goods rose a bit, but remained at a lower percentage of total PCEs. This is the natural development of the economy becoming more centered around the home.  As people moved into more and more houses, they wanted more and more non-durable goods (clothes, etc...) and services (repairmen etc..).  This is one of the primary reasons why housing is so important to an economic expansion -- it creates a tremendous number of ancillary benefits.

The Economic Report to the President Explained it thusly: 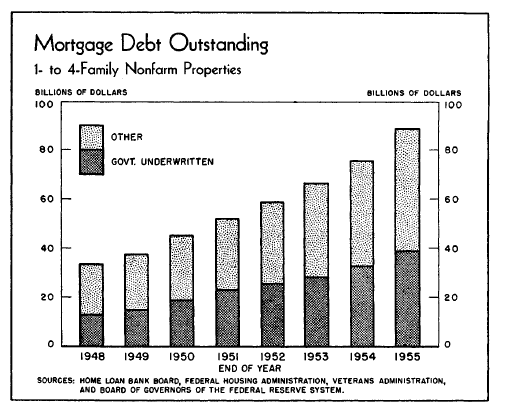 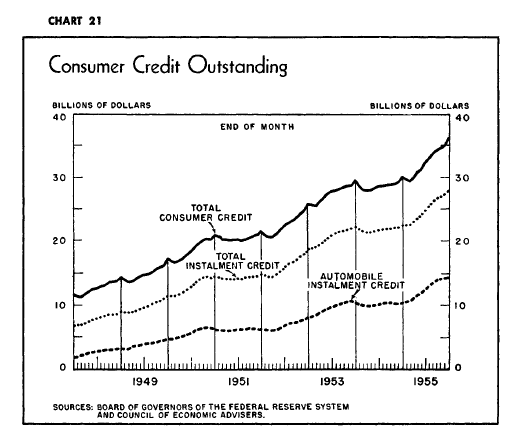 The above two charts show that consumer credit was an important part of the expansion.  The top chart shows the importance of mortgage credit outstanding, along with the government's promotion of home ownership as a policy goal.  The lower chart shows other consumer credit, and also shows a tremendous amount of growth.