This post is part of the Bonddad Economic History Project.  The purpose of this is to go back through the US' economic history and see what happened in each year starting in 1950.  I have links on the side of the blog to previous years writings.. 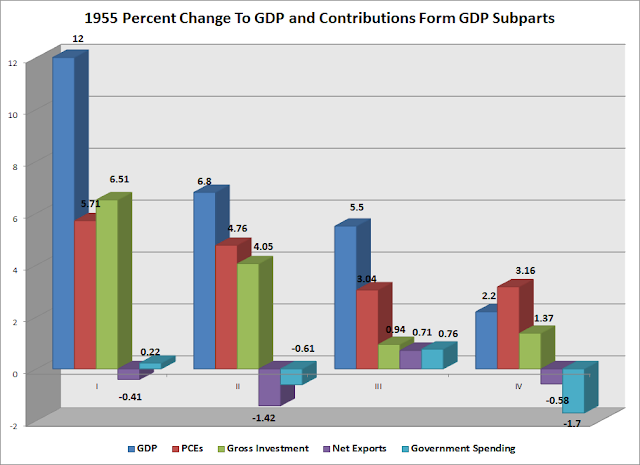 Overall, 1955 as a very good year.  Growth started out strong, coming in at a 12% pave in 1Q, and then slowing at year end, but still coming in at a 2.2% pace.  Throughout the year, PCEs were a primary, driving force of the economy, usually accounting for at least 50% of total growth.  Also note the strong contribution from domestic investment in the first two quarters.  Government spending -- which contributed a large amount to the early decade growth actually subtracted from growth for three of the four quarters.  Finally, exports are also starting to subtract from overall growth during this time.

Let's turn to some of the charts from the Economic Report to the President: 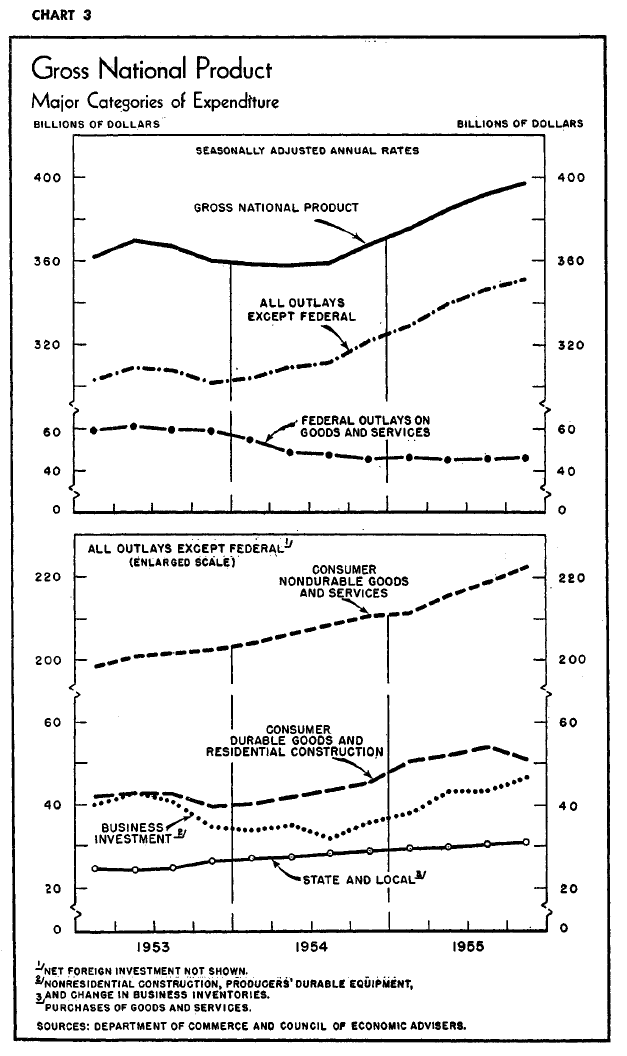 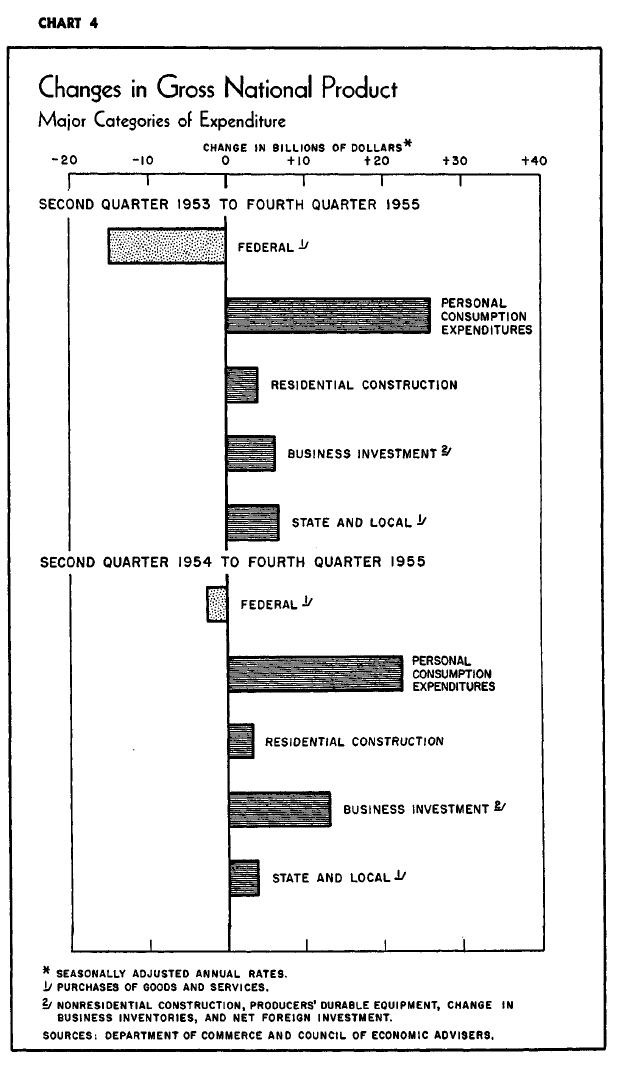 This shows shows a few important points.  First, in 1953, the Korean War ended, dropping federal spending.  As such, that part of GDP growth slowed.  In its place, we see PCEs and business investment rising, essentially taking the place of weaker federal government spending.