With yesterday's report that August vehicle sales totalled 16.1 million on an annualized basis, we have finally returned to a normal, expansionary range.

The below graph of vehicle sales for the last 20 years subtracts 16 million so that any number below it records as a negative: 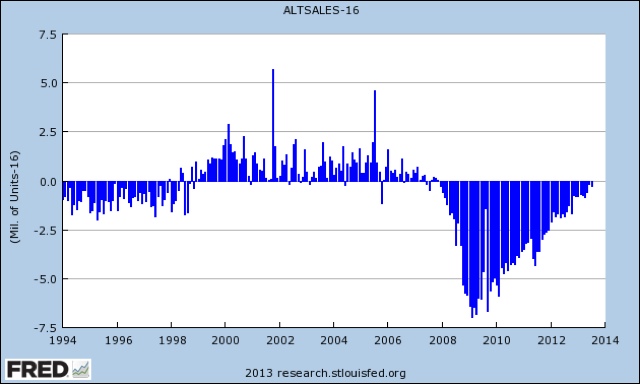 Before 1998, with the exception of a few months in the late 1980's, vehicle sales never crossed the 16 million mark. From then until the end of 2007, the normal range was 16 to 18 million. We have now finally returned to that range.

This is true of more and more aspects of the economy as a whole - GDP, sales, income, and initial jobless claims are already there. Industrial production (slightly) and more importantly jobs and wage growth continue to lag behind.
Posted by New Deal democrat at 11:30:00 AM