Initial jobless claims continue to be in a normal expansionary range, at 323,000. For the first time, the 4 week average also declined below 330,000.

This year has repeated the pattern of the 3 prior years, where in late March or April the decline in claims would stall (shown in red), and then declines would resume in late August or September: 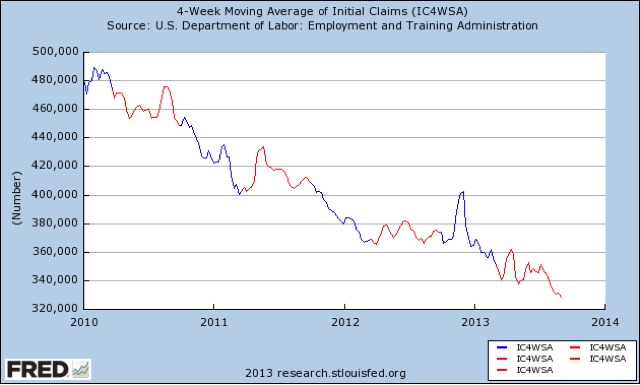 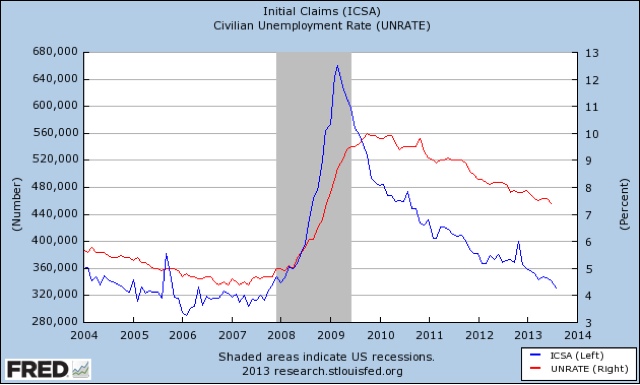 Here's a close-up since the end of the recession: 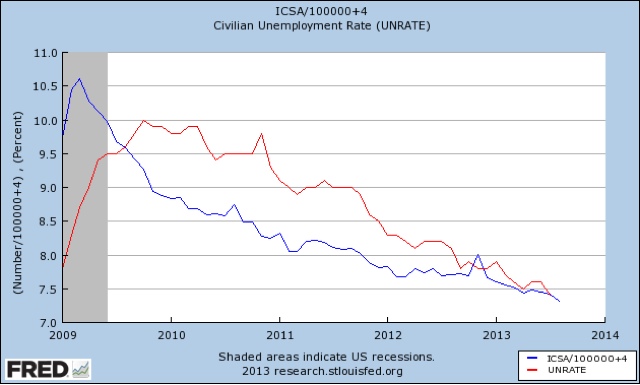 Based on initial claims, I expect the unemployment rate to decline to a new post-recession low, if not tomorrow then next month. The same applies to the broader U-6 unemployment rate that includes discouraged workers, since both measures tend to move in tandem.
Posted by New Deal democrat at 9:41:00 AM