More Evidence of a EU Recovery

The recovery in the eurozone manufacturing sector entered its second month during August. At 51.4, up from a flash reading of 51.3, the seasonally adjusted Markit Eurozone Manufacturing PMI® rose for the fourth successive month to reach its highest level since June 2011.

National PMIs improved in all nations bar France, while France and Greece were the only countries to register readings below the 50.0 no-change mark.  The Netherlands topped the PMI league table, followed by Austria and then Ireland.

Growth rates for production, new orders and new export business all accelerated to the fastest since May 2011, with back-to-back increases also signalled for each of these variables. Meanwhile, the outlook for output remained on the upside as the new orders-to-inventory ratio hit a 28-month high and backlogs of work rose marginally.

Here are the numbers for the various countries:

With the exception of France and Greece, all of the above numbers are showing an expansion.

Finally, here is a chart of the readings over a time scale: 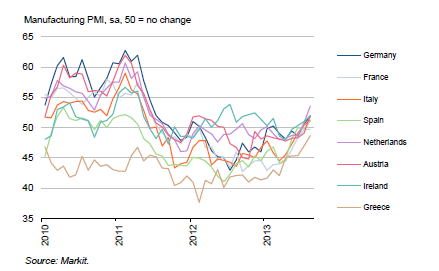 Note that all of the respective indexes are rising (some very strongly).

While we're here, let's take a look at the EU Leading and Coincident Indicators. 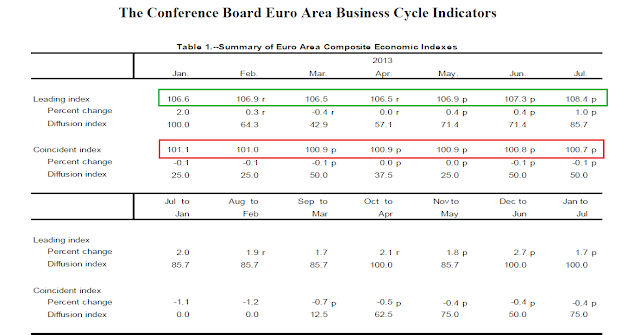 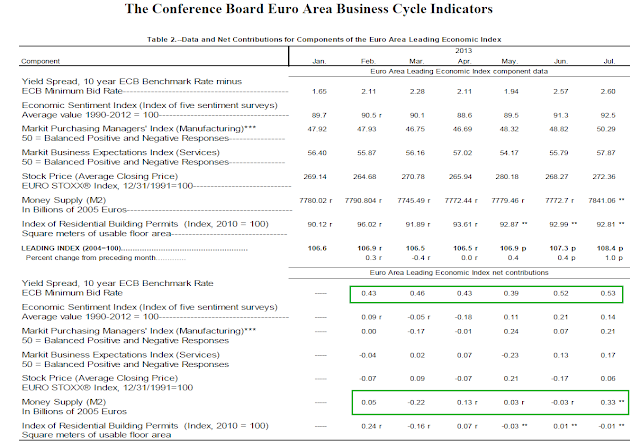 The reason for the continued strong increase in the leading indicators is their large monetary component.  Yield spread accounts for 20% while money supply accounts for 37% of the total index.

At the same time, the number of employees accounts for 74% of the coincident indicators, which explains their weak performance.

Let's place this information in context by looking at the euro: 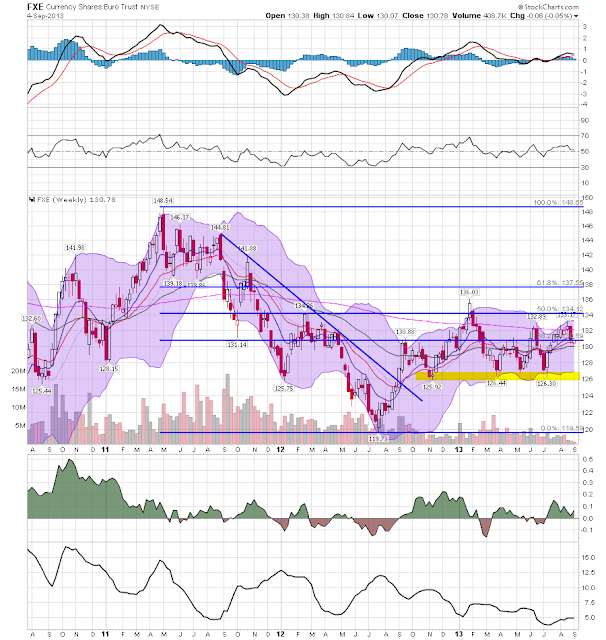 The weekly chart shows the euro follows the ISM readings in a general way.  As the ISM numbers declined in 2011 so did the euro, falling (from peak to trough) from 148 to 119, or a decline of about 19%.  Since hitting the low, the euro has rebounded, rallying to the 50% Fib retracement of the 2Q11-3Q12 sell-off.  The mid 125's are now offering general technical support.