Mexico’s economy grew less than forecast by any of the analysts surveyed by Bloomberg in the second quarter as industrial production declined on a sluggish U.S. recovery.

Gross domestic product expanded 1.5 percent from the year earlier, rebounding from a revised 0.6 percent growth rate in the previous three months, the National Statistics Institute said on its website today. The median estimate of 17 economists surveyed by Bloomberg was for growth of 2.3 percent. The economy contracted 0.7 percent from the previous quarter.

The central bank cut its growth forecast for this year to between 2 percent and 3 percent this month from 3 percent to 4 percent on stagnant exports to the U.S. and muted public spending. Growth will accelerate in both the third and fourth quarters, rising to 4 percent next year as the U.S. recovery strengthens and the government passes key economic reforms, according to the median estimate in a Bloomberg survey.

Industrial production fell 0.6 percent in the second quarter from the year earlier, the statistics agency also said today. The construction sector contracted 4 percent over the same period amid a drop in government spending.

And retail sales continue to show hit and miss year over year results:

And total production has stagnated for over a year -- although it is at higher levels than before the contraction: 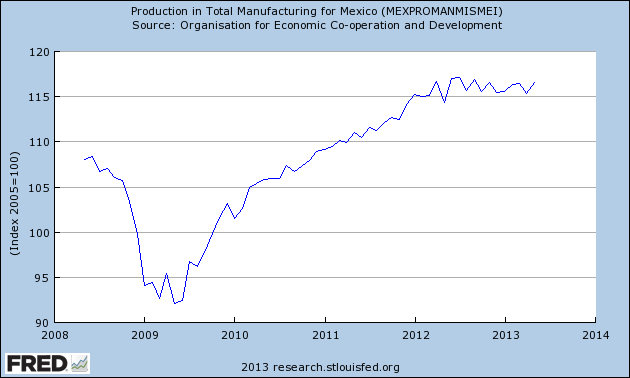 Let's turn to the Mexican ETF, starting with the weekly chart: 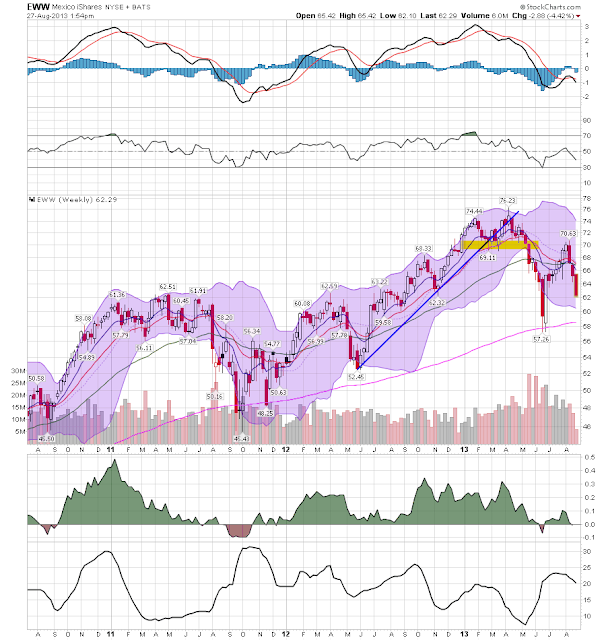 The main feature of the chart is the rally from mid-2012 to the spring of 2013, when the market rallied about 45%.  Since then, however, we've seen two waves of selling.  The first in the mid-Spring, and the second that started three weeks ago.  The logical price target for the second wave of selling is the 200 week EMA. 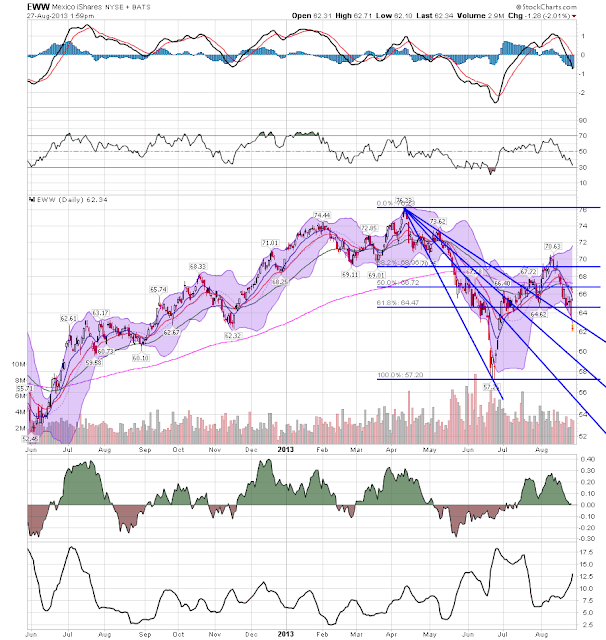 On the daily chart, the relief rally that took place starting in early July looks incredibly weak; it occurred on weak volume while the MACD was still in negative territory.  Once prices got just above the 38.2% Fib level, they ran out of steam and started moving lower.