The Chicago Fed National Activity Index (CFNAI) edged up to –0.15 in July from –0.23 in June. Three of the four broad categories of indicators that make up the index increased slightly from June, but only two of the four categories made positive contributions to the index in July.

I have the indicator in the neutral area because it indicates that the US economy is expanding at below the optimum rate and has for the duration of this expansion.

Conclusion: the CFNAI number is simply telling us what we already know: this is a weak expansion and recovery.  The real problem comes from the new homes sales numbers.  While it is only one month of data, last week's number was a very negative print occurring in the summer when people are more likely to buy a house (this allows them to move into a new school district before the start of the the school year).  This is the second week in a row when we've had pretty significant blips in the data.  When this is combined with the weak GDP reading over the last three quarters, I think some caution is warranted. 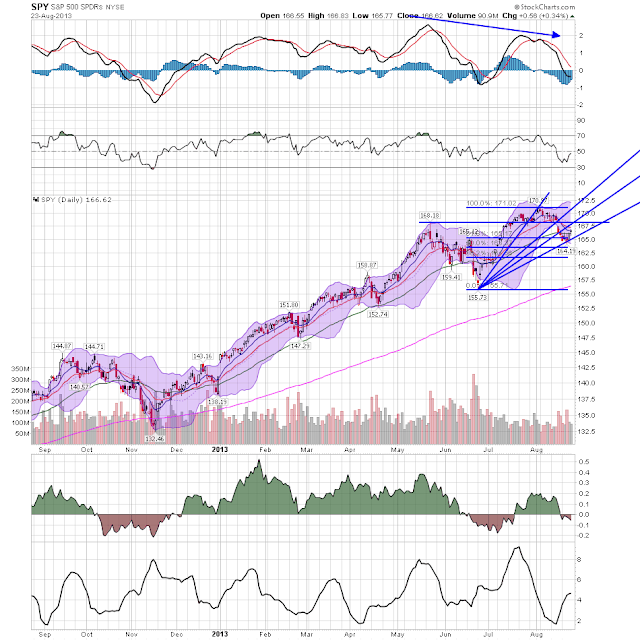 The SPYs continue to correct in an orderly way.  They hit a hight of 170.97, then started to drift lower.  They moved through support at the 168.18 level and continued to drift lower until prices found support at the lower Fib fan.  The MACD has given a sell signal and momentum continues to decrease.  Volume flow is weak and volatility is increasing. 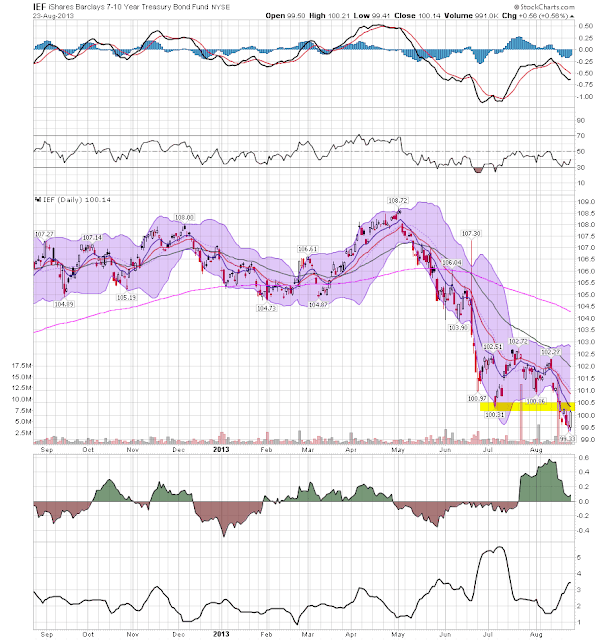 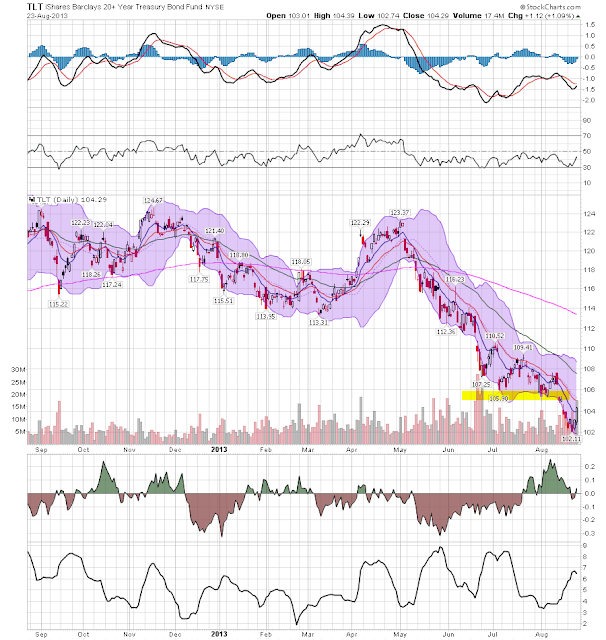 Both the belly of the curve (the IEFs) and the long end (TLTs) broke through support last week and moved lower.  The IEFs broke through the 100 level, while the TLTs moved through the 105 area.  Both have bearish chart attributes: declining shorter EMAs, negative momentum and weak volume flow. 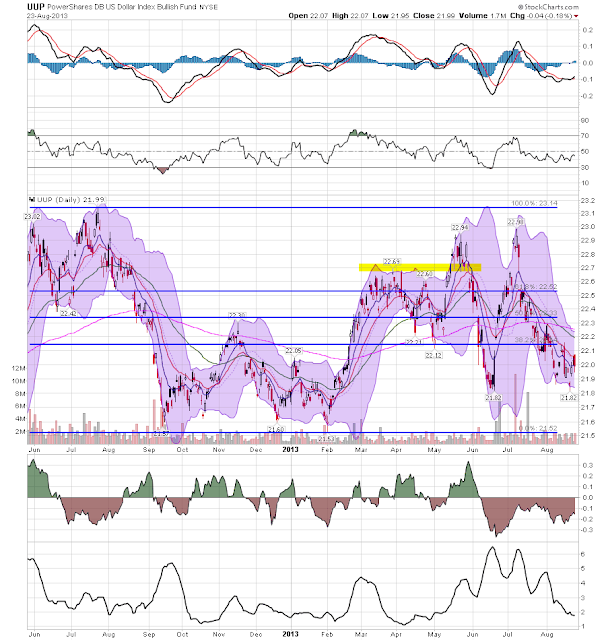 The dollar did little last week, and continues its overall movement between  the 21.5 and 23.2 levels.