Are We Closer to Recession Than We Think?

Over about the last month, a number of economic numbers have been released that are a bit concerning.

First, consider this point from Bloomberg:

Price gains of stocks in the Standard & Poor’s 500 Index (SPX) are outpacing profits by the fastest rate in 14 years as the bull market extends beyond the average length of rallies since Harry S. Truman was president.

The benchmark gauge for U.S. equities has risen 14 percent relative to income over the past 12 months to 16 times earnings, according to data compiled by Bloomberg. Valuations last climbed this fast in the final year of the 1990s technology bubble, just before the index began a 49 percent tumble. The rally that started in March 2009 has now outlasted the average gain since 1946, the data show.

For a contrary view, see this at Calafia Beach Pundit.

And then there was today's durable goods announcement (let's ignore the headline number which includes transportation bookings):

Core durable goods orders in June were revised to a 0.15 increase from a previously reported decline of 0.1%.

Orders for core capital goods, a key barometer of private-sector business investment, fell 3.3% in July, confounding expectations for a 0.5% gain and after rising 0.9% in June.

Continuing forward, let's look at a combination of economic numbers that started this line of thought.

While overall GDP growth has been weak this recovery, it's been very weak over the last three quarters.  Consider the following three charts: 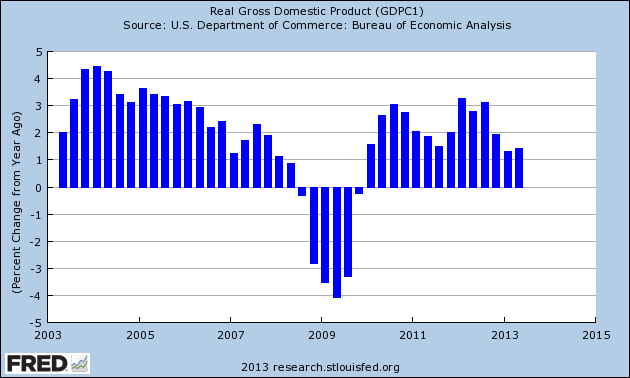 The year over year rate of change in real GDP has been below 2% for the last three quarters. 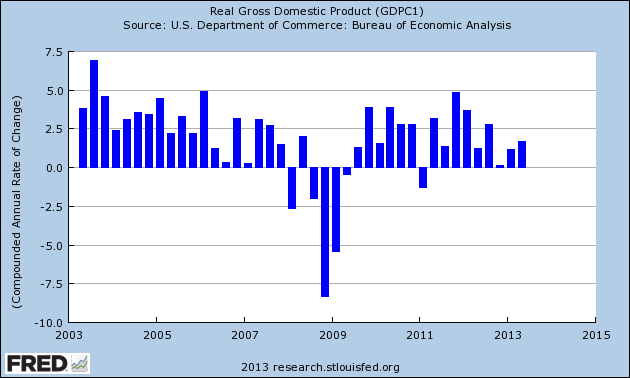 The compounded annual rate of change has been below 2.5% for the last three quarters, and 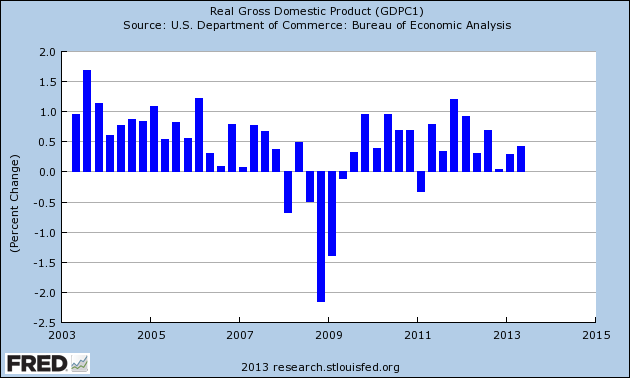 The percent change from the previous quarter has been below .5%.

No matter how you look at growth, it's been weak.

Also note this is occurring at a time when its obvious the sequester is hurting growth and we're hearing mumblings yet again that we'll have a budget showdown in Washington. 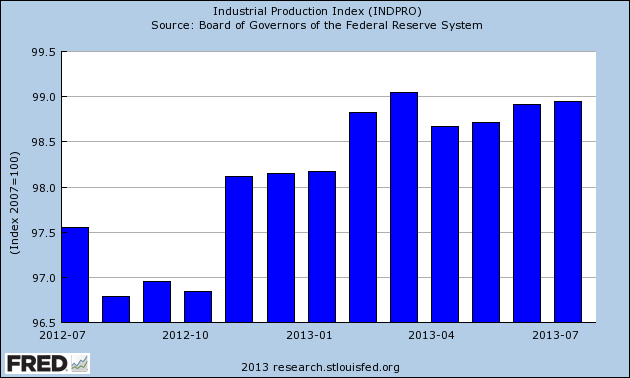 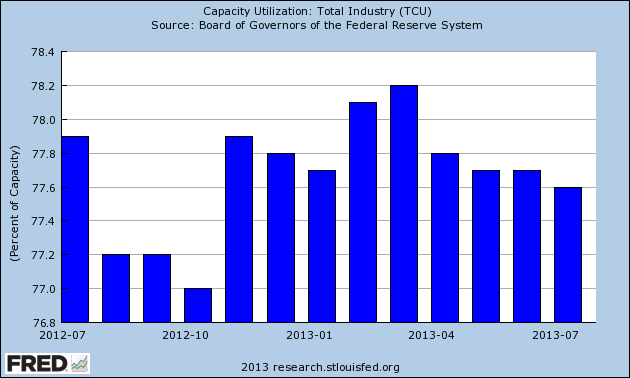 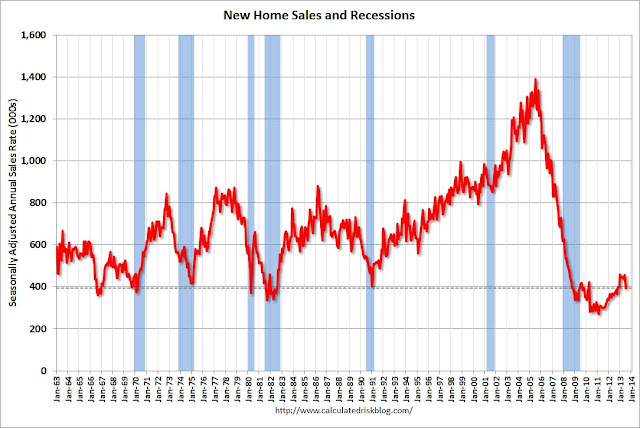 New home sales dropped 13.4% last month.  Over at CR, Bill McBride notes (correctly) that this is only one month of data.  This is always a good point to remember with economic numbers.  However, the sharpness of the drop combined with its timing (during the summer buying season while interest rates are rising) is enough to give me pause. 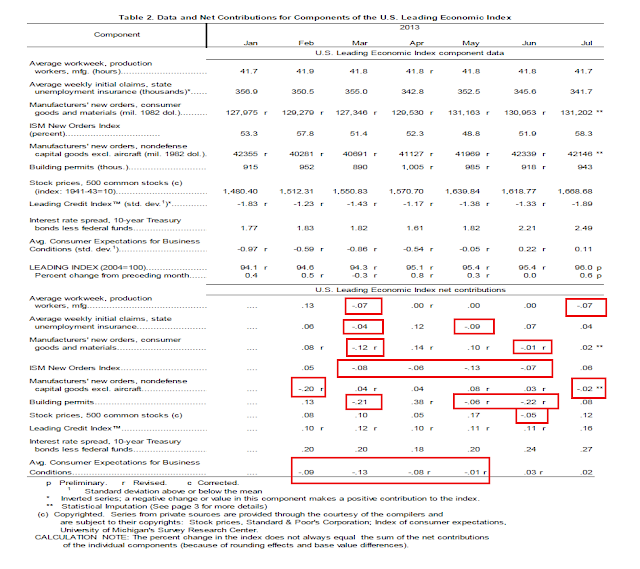 Above is a table of the leading US indicators and their contribution to the last six months of readings.  Notice that 33% of the data points have been negative over the last six months.  Also note that ISM new orders printed four straight negative prints, as did average consumer expectations.  Building permits printed three.

There is no magic ratio here, but 33% just does not seem like an overly bullish percentage.

Granted, there are some data points on the other side of the argument, with the latest ISM readings (see here and here) high on the list;  retail sales are also still in good shape.  But the sum total of the above points does give me reason to be a bit concerned right now, especially considering the close proximity of these data releases combined with the three straight quarters of weak GDP numbers.

Also -- consider the points made in NDDs recent post on the long leading indicators.