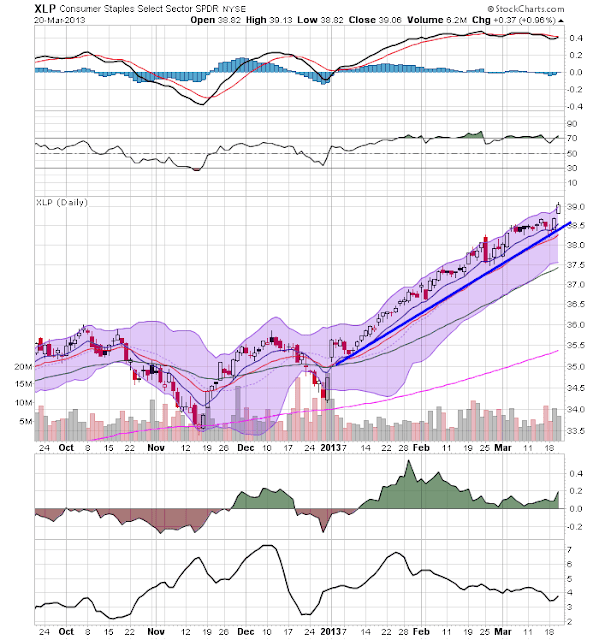 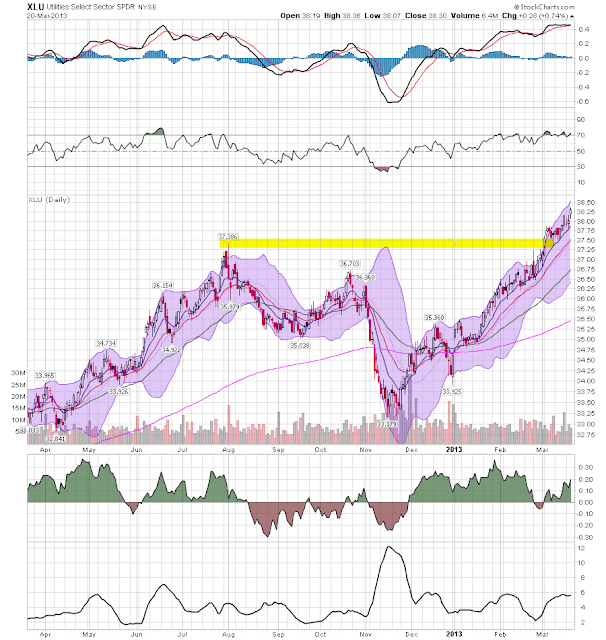 Given the underlying uncertainty associated with the EU situation, one would expect the safe haven sections of the market to rally.  And we see exactly that in the above charts.  The consumer staples sector (top chart) is in the middle of a rally that started at at the end of last year.  Notice the underlying strength of the EMA picture as well.  The MACD is neutral, show that the 12 adn 26 day EMA are remaining about equidistant from each other over the course of the last three months.

The utilities sector (bottom chart) is also in the middle of a rally that started at the end of last year.  At the beginning of March, prices moved through resistance a bit above the 37 price level.  Also note the very bullish EMA picture. 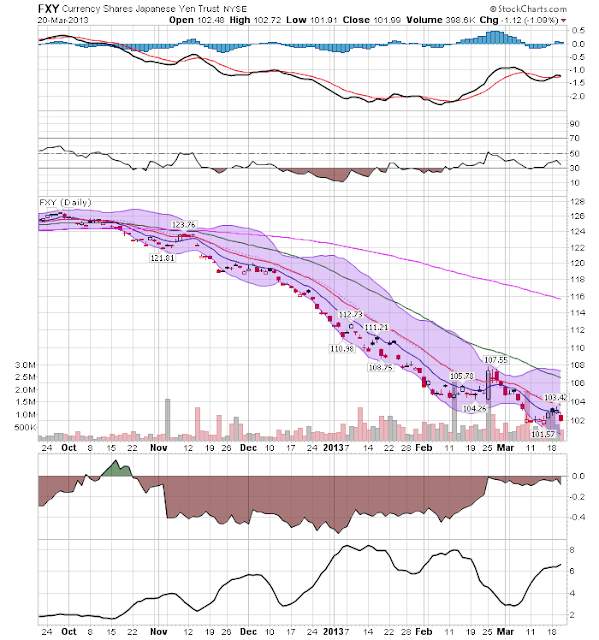 The yen continues to move lower.  First, notice the very bearish EMA orientation -- all EMAs are moving lower, the shorter EMAs are below the longer EMAs and prices are using the EMAs as resistance.  Right now there is short-term support at the 101.57 level.  As move through that level would mean lower lows were ahead. 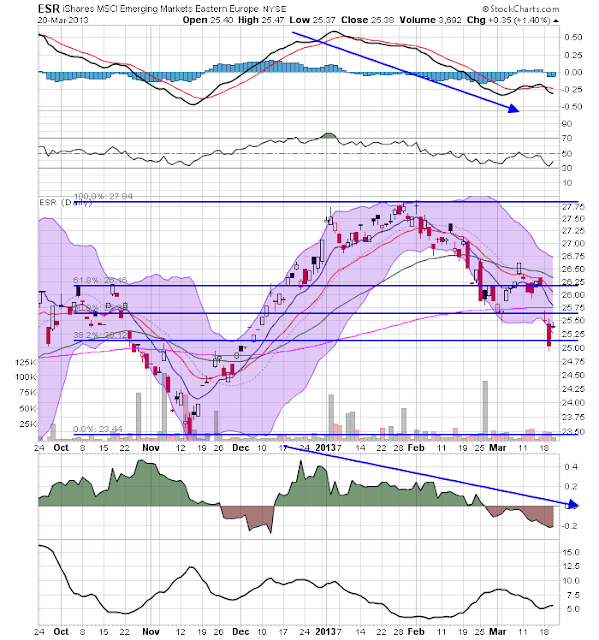 The emerging EU ETF gapped lower on the Cyprus news, falling below the 200 day EMA.  This was a continuation of the downtrend the ETF has been in since the beginning of February, which has lead to a deterioration in the technical indicators -- the MACD is falling, as is the CMF.  A break of the 38.2% Fib level would make the next tar
Posted by Unknown at 6:14:00 AM